A newspaper editor in Fairbanks, Alaska, is the main character of the novel "Correcting the Landscape" by Marjorie Kowalski Cole. The story takes place three years after the Exxon Valdez ran aground. The book won the Bellwether Prize, an award endowed by novelist Barbara Kingsolver for outstanding fiction with an ecological theme. Alan Cheuse has this review.

Right now, it's not really the best time of year to spend much time in Fairbanks with its long nights and short days, at least not for me. But Marjorie Cole's engrossing new novel took me there and kept me there in spite of my aversion to the freezing, dark landscape. The book tells the story in his own voice of a man named Gus Traynor, the hapless editor of a Fairbanks weekly who physically bears some resemblance to Willie Nelson and emotionally presents the picture of a man on the edge. His newspaper seems as much in trouble financially as Gus is emotionally. When a local developer, one of the paper's backers, cuts down a major stand of trees along the local river, Traynor finds himself on the verge of a good news story but caught between his ethics as a journalist and the financial needs of the paper.

That's the kind of dilemma that makes for a good story, and Cole puts it to great use, especially by dovetailing it with lonely Gus' attraction to the Alaskan Native woman who's interning at the newspaper. So we've got a love story intertwined with a public interest story and both narrative lines a bit more complicated than we might at first imagine set against the backdrop of contemporary Fairbanks, a place most of us have never been. But this is not just the first Fairbanks novel in my recollection. It's a nicely made piece of fiction about the way we live now.

ROBERT SIEGEL (Host): You're listening to ALL THINGS CONSIDERED from NPR News. 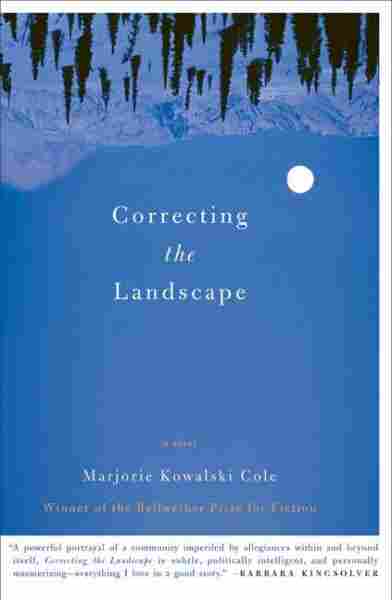