Accessibility links
A Duty to Heal Growing up in Kenya, Pius Kamau was inspired by the equality preached by Dr. Martin Luther King, Jr. Now a surgeon in Denver, Kamau believes in caring for his patients, whatever their racial views.

Listen
A Duty to Heal 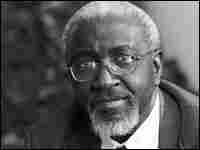 Before coming to the U.S. in 1971, Dr. Pius Kamau studied medicine in Spain, England and his native Kenya. A thoracic and general surgeon, Kamau also writes a column for the Denver Post. He is currently organizing a medical group to work in Sudan. Nubar Alexanian hide caption 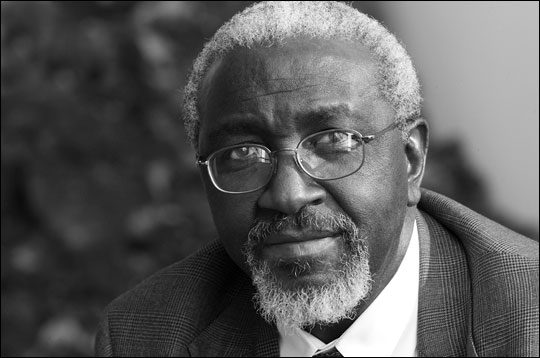 Before coming to the U.S. in 1971, Dr. Pius Kamau studied medicine in Spain, England and his native Kenya. A thoracic and general surgeon, Kamau also writes a column for the Denver Post. He is currently organizing a medical group to work in Sudan.

Growing up in the grinding poverty of colonial Africa, America was my shining hope. Martin Luther King's non-violent political struggle made freedom and equality sound like achievable goals. America's ideals filled my head. Someday, I promised myself, I would walk on America's streets.

But, as soon as I set foot in America's hospitals, though, reality -- and racism -- quickly intruded on the ideals. My color and accent set me apart. But in a hospital I am neither black nor white. I'm a doctor. I believe every patient that I touch deserves the same care and concern from me.

In 1999, I was on call when a 19-year-old patient was brought into the hospital. He was coughing up blood after a car accident. He was a white supremacist, an American Nazi with a swastika tattooed on his chest.

The nurses told me he wouldn't let me touch him. When I came close to him, he spat on me. In that moment, I wanted no part of him either, but no other physician would take him on. I realized I had to minister to him as best as I could.

I talked to him, but he refused to look at me or acknowledge me. He would only speak through the white nurses. Only they could check his body for injury. Only they could touch his tattooed chest.

As it turned out, he was not badly hurt. We parted strangers.

I still wonder: Was there more I could have done to make our encounter different or better? Could I have approached him differently? Could I have tried harder to win his trust?

I can only guess his thoughts about me, or the beliefs he lived by. His racism, I think, had little to do with me, personally. And, I want to think it had little to do with America, with the faith of Martin Luther King and the other great men whose words I heard back in Africa, and who made me believe in this nation's ideals of equality and freedom.

My hands -- my black hands -- have saved many lives. I believe in my duty to heal. I believe all patients, all human beings, are equal, and that I must try to care for everyone, even those who would rather die than consider me their equal.