Accessibility links
Cherryholmes: A Bluegrass Family Affair The family band Cherryholmes is raking in accolades. They scored an upset at last year's International Bluegrass Music Awards, and their self-titled album is up for a Grammy Award on Feb. 8. 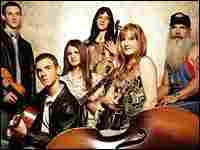 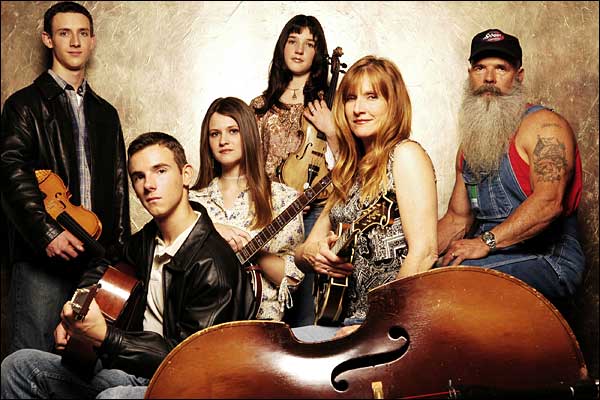 It hasn't taken the family band Cherryholmes long to rake in accolades. They scored an upset at last year's International Bluegrass Music Awards, and their self-titled album is up for a Grammy Award on Feb. 8.

Craig Havighurst of WPLN reports that Cherryholmes' sudden success grew out of a tight-knit family unit and an old-fashioned work ethic.

The band goes by the family's surname, and got its start after Jere and Sandy Cherryholmes took the family on a road trip to a bluegrass festival. The trip was meant to be a spirit-lifter after the death of their daughter Shelley.

The festival inspired the couple, who were homeschooling their children, to add music to the educational agenda. Molly and B.J. played fiddle, Skip played guitar. Eldest sister Cia, 22, took up banjo and became the band's singer and songwriter as well.

Now, after only four years of performing, Cherryholmes have been signed to country star Ricky Skaggs' label. The family's tour bus is headquartered in Goodlettesville, a suburb of Nashville, Tenn., where they moved two years ago. But the bus is rarely in the driveway — the Cherryholmes family is on a stage most nights of the year.