Listen
'The Western Limit of the World:' Drama at Sea

Alan Cheuse reviews The Western Limit of the World, David Masiel's new novel about the last voyages of a decrepit chemical tanker.

David Masiel has written about life aboard tugboats and icebreakers in the Arctic Ocean. He takes readers to warmer waters in his second book, "The Western Limit of the World." It chronicles the last voyages of a decrepit chemical tanker. Alan Cheuse has a review.

Everybody on board the rusting converted World War II tanker known as the Tarshish seems to be suffering from some sort of delusion. Harold Snow, the bosun, has seniority at sea and in the tangled pains and troubles that have brought him on board this particular ship. He's madly in love with Beth, a young half English, half African woman, who works as an able-bodied seaman. And he's in line for a desperate clash with Bracelin, the chief mate with whom he's compromised in a shade deal that has to do with illegal chemicals and insurance. A young American novice sailor from Berkeley comes on board. He's got ties to Snow. His late grandfather shipped out with the old sailor and his memory haunts them both. And the young American's immediate affection for the appealing Beth signals an impending psychic collision that lies not all that far ahead. Bracelin ultimately takes command of the ship and Snow's idea of reality, even without mefloquine, the hallucination-inducing malaria drug that everyone else on board is taking as they approach the tropics, wavers and shimmers.

We're supposed to bow down to Conrad and Melville on the question of the sea in fiction, and we should, but David Masiel offers some fascinating dramas and vistas of his own. If they're not as morally transparent as those of the masters, they more than make up for that in their own feverishly compelling way.

BLOCK: The book is "The Western Limit of the World" by David Masiel. Our reviewer, Alan Cheuse, teaches writing at George Mason University in Fairfax, Virginia. 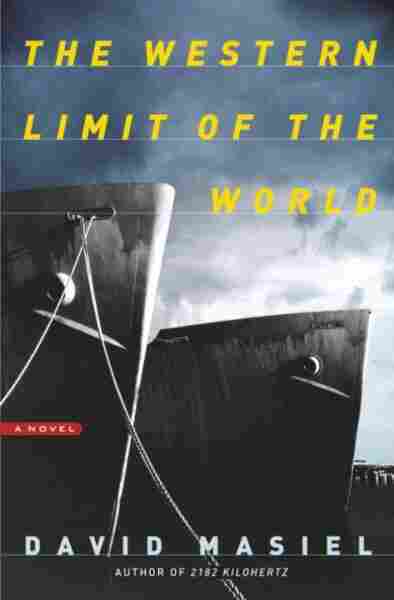 The Western Limit Of The World

Title
The Western Limit Of The World
Author
David Masiel