Accessibility links
A Conversation with Tananarive Due, Part 1 In the first of a two-part conversation, Farai Chideya talks with fiction writer Tananarive Due. Her latest novel, Joplin's Ghost, tells the story of a rising R&B singer and how her life changes after she encounters the ghost of ragtime king Scott Joplin.

Listen
A Conversation with Tananarive Due, Part 1

In the first of a two-part conversation, Farai Chideya talks with fiction writer Tananarive Due. Her latest novel, Joplin's Ghost, tells the story of a rising R&B singer and how her life changes after she encounters the ghost of ragtime king Scott Joplin. 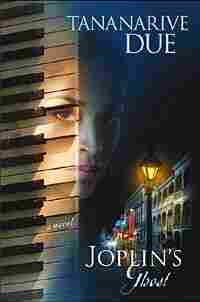 Novelist Tananarive Due is one of the nation's most versatile writers. She's penned several books, from the supernatural to a civil rights memoir she co-authored with her mother. Due's latest novel, "Joplin's Ghost," tells the story of a rising R&B singer and how her life changes after she encounters the ghost of ragtime king Scott Joplin. Here, Due introduces us to the character, Phoenix.

Ms. TANANARIVE DUE (Author, "Joplin's Ghost"): (Reading) `Peanut?' Marcus whispered. Phoenix didn't hear him. Her head swayed slowly as the bittersweet melody coursed through her. Her playing only stopped when the song reached its conclusion, hopeful for a sustained note, followed by a pause, then its sad finish, as inevitable as death. Phoenix sat perfectly still, her hands frozen on the keys. Gently, Marcus rested his hands on his daughter's birdlike shoulders. She did not move to acknowledge him. `When did you learn that?' Marcus said. Instead of answering, Phoenix began to play again. This time Marcus recognized the piece right away. It was a rag piece by Scott Joplin, "Weeping Willow." His grandfather had taught him to play it when he was a teen-ager. Marcus hadn't thought about that piece in years. Hearing it, for an instant he thought he could glimpse his grandfather's speckled beard and round spectacles. He remembered his grandfather's cotton field in Valdosta, a blizzard of white, and how cotton used to gather like snowdrifts along the roadside when it blew from its stalks.

You're known for your speculative fiction, or books that encompass the supernatural, and not just the supernatural in a kind of B-movie way, but also these questions of morality, family, how all of those things impact people, and also writing about worlds of black characters.

CHIDEYA: It's a pretty unusual niche that you've carved out for yourself, and you've become very well-known for it. How did you get started on this path?

Ms. DUE: I would call it purely an accident. You know, many times when you're an aspiring writer you look and say, `OK, what are other writers doing? And I'll do that.' And unfortunately I didn't know the works of Octavia Butler, this pioneering science fiction writer who might have helped me sort of envision myself as a fantasy writer from the start. But instead, because I would say there was a lack of role models, I found myself in college and in graduate school writing these sort of epiphany short stories about characters, in many cases, who did not even look like me. It was almost like to learn how to be a writer, you go down this generic path and you write a generic kind of thing.

My biggest luck was the Terry McMillan era, because what happened after the phenomenon of "Waiting to Exhale" is that publishing woke up. They said, `Wow. Black people do read.' And even though people say, `Well, wait a minute. What does that have to do with you? Your books are so different.' They're considered commercial black fiction, and for Terry to open the door for commercial black fiction writers gave me the freedom to be, of all things, a black supernatural suspense writer and give me an opportunity for the market to sustain that.

CHIDEYA: Are there different ways that black fans and non-black fans respond to your work, or is it pretty universal?

Ms. DUE: That is a very interesting question. I started out with almost entirely black fans except for a little handful of people in the horror writers' community, and those people really liked horror, you know. They will go to any lengths and read whomever they can find because they like that feeling of being scared. I would say that in my black readership, more of my readers tolerate the horror aspect of my work, you know. `I don't usually read this kind of stuff, but.' And you know, what I think readers should understand, it's not just that I like to scare people, although I do like to scare people, because I myself get scared, but I'm trying to take things that are not real, at least to me. I have not experienced--I have not had a ghost encounter, for example. So these are not experiences from my life. These are nightmare scenarios that actually act as metaphors for the real-life horrible things that happen to us every day.

All of us on this journey are going to sustain losses, and some of them are going to be quite, quite devastating. And I've always felt so ill-prepared for that. I think I decided to write about nightmare scenarios so often, really, to create characters who can walk me through the process. `This is what you do when your world falls apart.' And every book is sort of a re-examination of how all of us and all these characters have to triumph over whatever life throws at us.

CHIDEYA: In your books "My Soul to Keep" and "The Living Blood," you have created another scenario which for many would be a nightmare scenario. Tell us about those books, and I believe that there was a movie in the works on that.

Ms. DUE: There is, and you know how movies are. It takes a while.

Ms. DUE: It takes a while. So "My Soul to Keep"--I'll tell you the movie stuff first, just so I don't forget. It's in development right now, but where did "My Soul to Keep" come from? It's a novel, basically, about a newspaper reporter in her 20s who discovers that her husband is a 500-year-old immortal from a culture of immortals that is completely unknown to the outside world. And that story came in many ways. I was a reporter, so there wasn't that much of a stretch. The--very much Jessica, the protagonist, was based on me. And I had had a relationship with a man who turned out to be different than what I thought he was. And at the time I thought he was trying to fool me on purpose, you know, that he was pretending to be one thing and he was another, which is very frightening, you know, because we really do rely on what people tell us. So I felt kind of shaken at my core that I had so misjudged this person.

And I basically took that scenario and created Dawit, who is very good-looking. He's Ethiopian. He speaks a dozen languages, that she knows about. And so I created sort of my perfect man and then proceeded to change their scenario once the immortality issue comes to the forefront. And you know, I...

CHIDEYA: `You never told me you were an immortal!'

CHIDEYA: It's a bit--much more dramatic than that.

CHIDEYA: And you know, what you were saying about realistic characters, in people who I've spoken to who've read that book, they really did get involved in the love story, in the partnership story.

Ms. DUE: Well, that's good. I really wanted that, you know. I wanted to create a dilemma in the sense that we so often think, `Oh, well, if someone behaves in a monstrous way, or in a way that society considers monstrous, I could never love that person.' But yet and still there are people on death row all over the country who have loved ones who come to see them every single week. So it's not quite that cut and dried. There are some aspects of love that are a bit of a mystery to us, and I did want to create that dilemma for this woman. Ultimately, what does love mean when there's danger attached to it? What does love mean if the person you thought you loved is actually another person? Can you also love that other person?

CHIDEYA: Speaking of journeys, what journeys do you have coming up? Any future books, movie projects? You say you're writing screenplays with your husband.

Ms. DUE: Well, let's see. I don't mind announcing here that I have sold a second sequel to "My Soul to Keep," which will pick up where the sequel "The Living Blood" left off. That will be called "The Colony." And unfortunately, it won't be out for a while. But I am in the writing process, which means I'm actually listening to the book on tape myself for "The Living Blood," so I don't forget what happened before. And it's been a really interesting process for me, having been away from those books for a while.

GORDON: That was part one of Farai Chideya's conversation with novelist Tananarive Due. Join us tomorrow for part two of Farai's conversation. 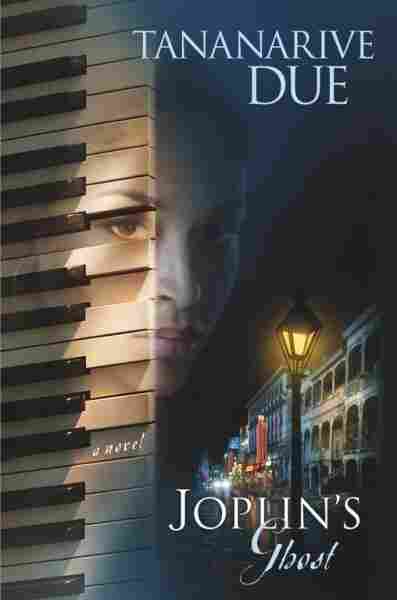