Accessibility links
'Jawbreaker': The Hunt for Bin Laden Steve Inskeep talks with former CIA field commander Gary Berntsen about his new book, Jawbreaker. Berntsen led led the hunt for Osama bin Laden and describes cornering bin Laden in the mountains of Afghanistan at the end of 2001.

Steve Inskeep talks with former CIA field commander Gary Berntsen about his new book, Jawbreaker. Berntsen led led the hunt for Osama bin Laden and describes cornering bin Laden in the mountains of Afghanistan at the end of 2001. 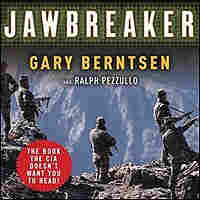 The cover of Gary Berntsen's book shows a scene from the mountains along the Afghanistan/Pakistan border. Crown Publishing hide caption

American officials suspect that Osama Bin Laden himself escaped into Pakistan. It happened as the Taliban lost control of nearby Afghanistan. We're talking next to a man involved in the effort to catch Osama Bin Laden in 2001.

Gary Berntsen is a former field commander for the CIA who's now written a memoir. It's called Jawbreaker. Before Afghanistan, Berntsen's career took him from the Persian Gulf to East Africa to South America and he compares his job to that of a firefighter.

Mr. GARY BERNTSEN (Former Field Commander, CIA): I was a fire fighter, actually, in a previous career. When I was in the Air Force, I was a crew chief on a rescue squad. I learned to operate under high stress and crises; it's about improvisation.

INSKEEP: You were part of the American team of intelligence and military personnel trying to track down Osama Bin Laden and other al-Qaeda figures, at the end of 2001, in the mountains of Southern Afghanistan. And, can you place us in one spot where you know Osama Bin Laden was for sure?

Mr. BERNTSEN: Yes, in mid-November the capital, Kabul collapses. I immediately learn that Bin Laden has fled into Nangarhar Province, Southeastern Afghanistan. I send an eight-man team into a Province, which is in complete chaos. There are company sized Chechen elements moving around, al Qaeda, Taliban. And I sit down with my deputy and he and seven others link up with a warlord...

Mr. BERNTSEN: An Afghan warlord, not a member of the Northern Alliance. We moved with him down to the mountains, we had learned that Bin Laden was up in the mountains. I put a four-man team up onto a mountain with ten Afghan guides and they got over the mother lode of al Qaeda. Bin Laden had fallen back with about a thousand people. They used the laser designator that they have and a radio and they call in air strikes relentlessly for 56 hours that begins the battle of Tora Bora.

INSKEEP: That would -- I should mention, that's the major weapon that your CIA guys had, was this laser pointer so that you could identify targets and somebody else could come blow them up.

Mr. BERNTSEN: Exactly, because there were so few of us and so many of the enemy that, you don't want to be in gun fights with people like that, you want to use air power, you want to leverage technology. And, at one point I allowed food and water to be delivered to Bin Laden, I knew it was going to be sent in because he was in contact with people in Jalalabad and people on the outside. We knew what location he was at and we had a Blue 82, at 15,000 pound device thrown at that location. And you have to remember they had caves to defend themselves and they had a lot of people.

You had a very small number of Americans inside a province alone and the Afghans that we're working with were Pashtuns, who had previously been allied with the Taliban and with al Qaeda. So, we are paying off warlords to try to get them to switch sides. This is dangerous for my team; I was always concerned about the fact that some of our allies could turn on us at any moment.

Mr. BERNTSEN: You got that right, yes.

Mr. BERNTSEN: Not truckloads of money, but I had a big rubber trunk and I dragged around about $11 million with me and you know, made payments as needed.

INSKEEP: Well, I mean you started with $11 million, how many dollars did you have at the end of a number of weeks of fighting?

Mr. BERNTSEN: I spent most of it.

Mr. BERNTSEN: Took a long time to do the accounting.

INSKEEP: I imagine, don't get a lot of receipts in that situation. You write that you urged for American ground troops, US Army Rangers to be deployed.

INSKEEP: Because you were not going to get permission to drop American troops into the other side of the border in Pakistan.

INSKEEP: If somebody came to you today and said, give us a plan to go after Osama Bin Laden now, what are some elements you'd put in that plan?

Mr. BERNTSEN: I have thought about that and honestly, I wouldn't speak about it on the radio. I know exactly what I would do but I don't think he'll be captured, I think he'll be killed ultimately.

INSKEEP: That's Gary Berntsen the author of Jawbreaker: The Attack on Bin Laden and Al Qaeda. 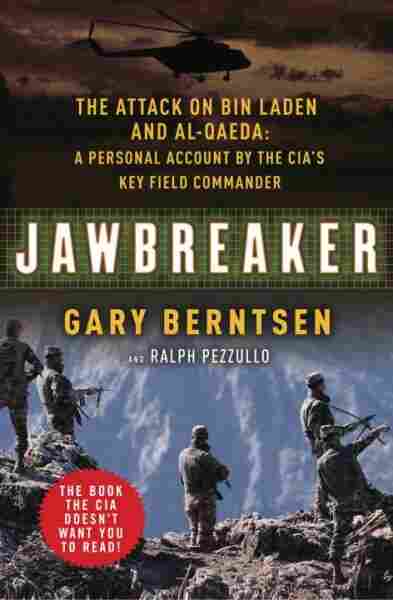 The Attack On Bin Laden and Al-Qaeda: A Personal Account By The Cia's Key Field Commander

by Gary Berntsen and Ralph Pezzullo