Accessibility links
Sunnis Gain in Final Iraqi Election Results Weeks after votes were cast in Iraq's most recent round of elections, a final tally is out. Shiite politicians will hold the most seats in parliament -- 128 -- followed by two Sunni parties with a total of 55 seats and 53 for the Kurdish block.

Weeks after votes were cast in Iraq's most recent round of elections, a final tally is out. Shiite politicians will hold the most seats in parliament — 128 — followed by two Sunni parties with a total of 55 seats and 53 for the Kurdish block. 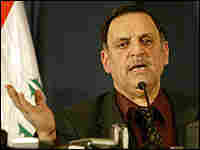 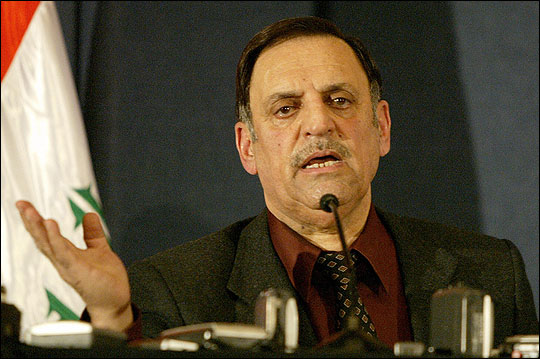 This is Morning Edition from NPR News, I'm Renee Montagne. Five weeks after Iraq's parliamentary elections, the final results have been released. They show the Shiite-led United Iraq Alliance with 128 seats in the 275-seat Parliament. The Kurds have 53 seats, and the two main Sunni parties, 55. The Shiites are ten short of outright majority, which means they will need to form a coalition.

NPR's Lourdes Garcia-Navarro joins me now from Baghdad. Now, pretty much what was expected, but what does it mean to form a coalition?

Well, what it means to form a coalition is that the key thing is the Shiite didn't get an outright majority, so they're going to have to bring in other groups to be able to get the two-thirds that they need to vote for president and therefore, form a government. The Sunnis have about a fifth of the seats, which puts them neck and neck with the Kurds. The talk is now, forming a unity government, where the Sunnis will be represented, unlike they were last time. The idea is that by giving the Sunnis a stake, it will quell the mostly Sunni-lead insurgency.

Now, Iraqi politics don't happen in a vacuum. There are more and more signs in Iraq that the country is splitting apart along ethnic and (unintelligible) lines. The United States has a vested interest in seeing a broadly based popular government put in place. They're exerting a lot of pressure, and they have really been courting the Sunnis and pressuring the Shiites to bring them together. It remains to be seen, though, what is going to happen. These groups all have competing agendas.

MONTAGNE: And how different, though, is this assembly from the interim one that it's replacing?

GARCIA-NAVARRO: Well, the key difference is the presence of the Sunnis. I mean, last time, they had a minute presence, because they boycotted the elections. This time, they have at least a fifth of the Parliament.

MONTAGNE: And the loser in this election seems to be the secular list.

GARCIA-NAVARRO: That's right, former Prime Minister, Iyad Alawi's party did very badly. Last time, he had 40 seats, he lost 15 of them this time. He represents the secular Iraqis, as you say, and we saw in this vote, again, people really voted along (unintelligible) and ethnic lines, and he lost out.

MONTAGNE: And why did it take so long for the final results to be released?

GARCIA-NAVARRO: Well, allegations of fraud by the Sunni parties, mainly. And international (unintelligible) group that came to review the results gave their verdict yesterday, basically saying that those allegations were true in certain aspects. There have been problems with the vote. But, they ultimately did not question the results, which paved the way for the announcement today.

MONTAGNE: Now, to forming that new government, what does that involve, Lourdes?

GARCIA-NAVARRO: Well, that involves some really tough talking. We saw this last time when it took several months to form a government. Of this time, of this government's going to be in place for four years. There are no more milestones left in Iraq as the one political player told me. So, there are a lot of talks, and they're going to swirl around who gets what position.

The Sunnis, if they step up and join the government, will want a major portfolio, like, perhaps, the Defense Ministry. And we can't forget that the Sunni and Shi'a blocks are not monolithic. They're made up of a lot of smaller parties that are often in rivalry with each other.

MONTAGNE: And today is the deadline that kidnappers of American journalist, Jill Carroll, set to execute her if their demands aren't met. What's happening with that?

GARCIA-NAVARRO: Well, there's been no word yet. The group holding her said they will kill her today unless all female prisoners in Iraq be released. That has not happened. There have been urgent appeals from her father, who went out on Arabic television. Crucially, Adnan al Dulaimi, the Sunni politician whose house she was returning from when she was kidnapped, gave a press conference today, pleading for her to be let go.

He says he's been receiving a lot of pressure from Muslims around the world, a lot of fingers have been pointed in his direction, because she was kidnapped as she was leaving his house. Apparently, the kidnappers were on foot, which led many people to believe that perhaps someone close to him may have had some hand in her abduction.

So, it remains to be seen what exact effect his plea will have, but certainly, it adds to the chorus in Iraq and around the world that she be let go.

MONTAGNE: NPR's Lourdes Garcia-Navarro speaking from Baghdad, thanks very much.