Accessibility links
A Shared Moment of Trust Former Secretary of State Warren Christopher has negotiated international treaties and the release of hostages. He believes diplomacy -- and life -- work best when people trust and depend on one another.

Listen
A Shared Moment of Trust 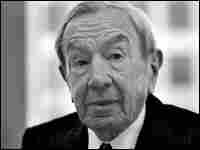 Warren Christopher was U.S. Secretary of State from 1993 to 1997. As President Carter's Deputy Secretary of State, he helped normalize relations with China, win ratification of the Panama Canal treaties, and gain release of the American hostages in Iran. Nubar Alexanian hide caption 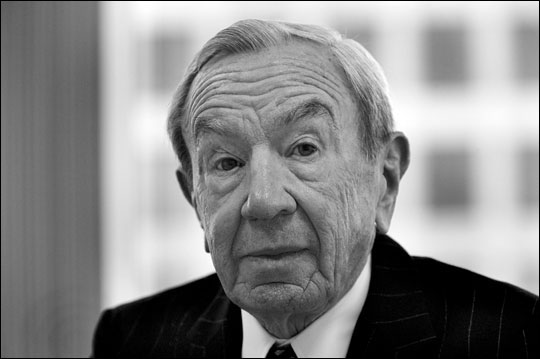 Warren Christopher was U.S. Secretary of State from 1993 to 1997. As President Carter's Deputy Secretary of State, he helped normalize relations with China, win ratification of the Panama Canal treaties, and gain release of the American hostages in Iran.

One night recently, I was driving down a two-lane highway at about 60 miles an hour. A car approached from the opposite direction at about the same speed. As we passed each other, I caught the other driver's eye for only a second.

I wondered whether he might be thinking, as I was, how dependent we were on each other at that moment. I was relying on him not to fall asleep, not to be distracted by a cell phone conversation, not to cross over into my lane and bring my life suddenly to an end. And though we had never spoken a word to one another, he relied upon me in just the same way.

Multiplied a million times over, I believe that is the way the world works. At some level, we all depend upon one another. Sometimes that dependence requires us simply to refrain from doing something like crossing over the double yellow line. And sometimes it requires us to act cooperatively, with allies or even with strangers.

Back in 1980, I was negotiating for the release of the 52 Americans held hostage in Iran. The Iranians refused to meet with me face to face, insisting instead that we send messages back and forth through the government of Algeria. Although I had never before worked with the Algerian foreign minister, I had to rely on him to receive and transmit, with absolute accuracy, both the words and nuances of my messages. With his indispensable help, all 52 Americans came home safely.

As technology shrinks our world, the need increases for cooperative action among nations. In 2003, doctors in five nations were quickly mobilized to identify the SARS virus, an action that saved thousands of lives. The threat of international terrorism has shown itself to be a similar problem; one requiring coordinated action by police and intelligence forces across the world. We must recognize that our fates are not ours alone to control.

In my own life, I've put great stock in personal responsibility. But, as the years have passed, I've also come to believe that there are moments when one must rely upon the good faith and judgment of others. So, while each of us faces -- at one time or another -- the prospect of driving alone down a dark road, what we must learn with experience is that the approaching light may not be a threat, but a shared moment of trust.