Accessibility links
Oregon County Sees Its Future in Fossils Oregon's Wheeler County, one of the poorest in the American West, hopes to stimulate a struggling rural economy by attracting attention to ancient fossils and the state's prehistoric times. 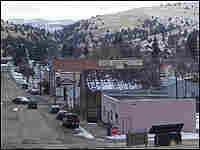 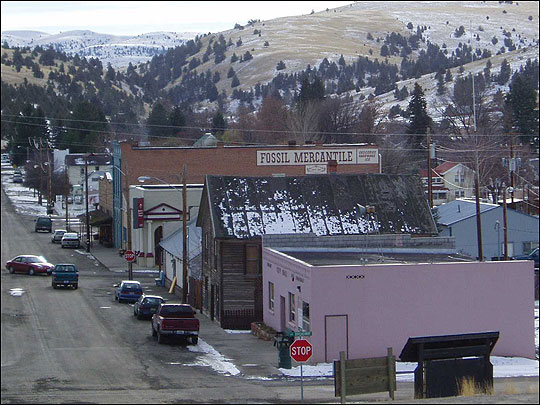 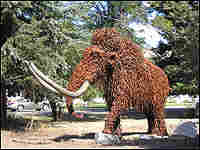 A wooly mammoth sculpture was donated to the town of Fossil to help draw people off the highway. hide caption 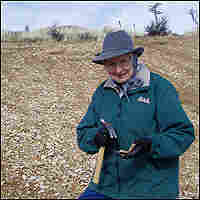 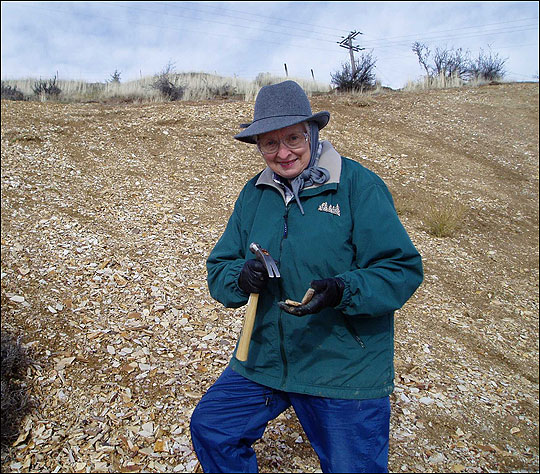 Oregon's Wheeler County, one of the poorest in the American West, is looking backwards to rediscover prosperity... way back, to a time when lakes and lush forests covered north central Oregon. Boosters in the tiny town of Fossil, Ore., and its surrounds hope to stimulate their struggling rural economy by attracting attention to the prehistoric relics that give the town its name.

Decades back, townspeople digging into the hillside to build a football field exposed an ancient lakebed rich with fossils. Now there's a public fossil field behind the high school. Anyone who pleases can pay $3 admission and start hunting through the shale and dirt, with an exceptionally good chance of finding something 32 million years old.

It wasn't until six years ago, that Wheeler County Judge Jeanne Burch set in motion what's known as the Paleo Project. The idea is to turn the rocks and fossils of North Central Oregon into a tourist attraction that can build the local economy. Much grant money has followed, including funds to help the town of Fossil build a paleontology institute for teachers, students and the public.

Not all observers are convinced the plan will work. Fossil is hours from any population center and motel rooms are scarce. Washington State University economist Gary Smith says he'd like to see some sort of economic "silver bullet" for the rural communities of the Northwest, but he's skeptical about the Wheeler County effort.

"It seems there might have been a lot of leaps of faith," he says. "It's kind of like the 'Field of Dreams' issue, which is 'Build it and they will come.' That is, a supply creates its own demand, to put it in economic terms."

County leaders admit they face a long struggle toward true prosperity... but maybe one that's just a blink of the eye in geologic time.