Accessibility links
'The Colony' Details Molokai's Painful History John Tayman's book The Colony tells the story of Molokai, the slice of Hawaiian paradise that was turned into an infamous 19th century leper colony. Tayman discusses the book with Renee Montagne.

John Tayman's book The Colony tells the story of Molokai, the slice of Hawaiian paradise that was turned into an infamous 19th century leper colony. Tayman discusses the book with Renee Montagne. 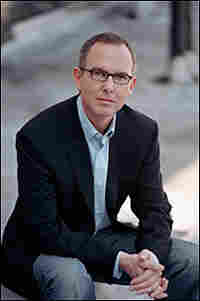 Since biblical times the fear of disease has meant more to no other disease than leprosy. It attacks the nerves and skin with disfiguring results. Though not highly communicable, lepers were long treated as untouchables. Now, a new book chronicles an infamous leper colony established 140 years ago on a tiny island in Hawaiian. Author John Tayman says that an outbreak of the disease led the then kingdom of Hawaii to criminalize leprosy and send sufferers into exile.

Mr. JOHN TAYMAN (Author, The Colony): Anyone they fought had the disease, they rounded up and held briefly and then forced onto the cattle stalls of inter-island boats and sailed them across the channel to Molokai and left them on this natural prison. Robert Louis Stevenson later visited and called it a prison fortified by nature and, indeed, that's what it was. The tallest sea cliffs in the world sort of rise up on the southern part of it and at the bottom of this cliff is a little triangle of land and it was surrounded by lava rock and the waves would hit and you weren't able to land on it and so you either, sort of floated yourself to shore or climbed down the cliff. Those first colonists that came, when they stumbled to shore sort of wet and soaking and in shock, the resident superintendent, he handed each of them a blanket and a hoe and told them to make a life for themselves.

MONTAINE: Really, you have some stories and maybe you could tell us one about the sort of desperate things people would do when they though they might have leprosy and would be taken away.

Mr. TAYMAN: Sure. In the first years in Molokai the cruelest patients would treat the community almost as a prison yard. The children and women were bought and sold. There were moon shiners and the patients delighted in terrorizing every newcomer. Every week new groups of patients were brought. If they arrived in the dark, the most disfigured of the patients would stand around with torches cackling and shouting, in this place there is no law, and people would do anything to evade it including murdering doctors, murdering the government agents that came to diagnose them, hiding in caves and fleeing to the hills.

MONTAINE: There was one character that Jack London, the author, wrote a story about, Koolau.

MONTAGNE: Martial law might seem extreme, but this cowboy couldn't have been thought to be lurking with leprosy when they were trying to work up a tourist industry at the time.

Mr. TAYMAN: Yes, because in the early 1900s, the public reputation of the colony, and indeed the Hawaiian Islands, was such that everybody assumed it was just riddled with the disease, and it was impacting tourism and their business trade. A lot of mainland cities would not trade with Hawaii because they thought that their goods would come back infected. And the Board of Health, trying to change this public image, sort of initiated what might be called one of the first press junkets. It invited Jack London to come and tour the colony. He and his wife went and spent a week there and had a tremendous time. The town of Kalapapa, which is the primary town in the colony, was, in fact, a lovely, small town just like any mainstream American town. It had a social hall, and a dance hall, and bars, and restaurants, and a general store, and a thousand people, and they made the best of their lives there.

MONTAGNE: Well, that is the triumph; that these people sent to Molokai to die, lived.

Mr. TAYMAN: They did. They managed to make a community out of something that was horrific. There were many, many villains, but there were also many heroes, not only among the patients, but people who came to give aid to the patients.

MONTAGNE: In the end, the notion became that people who had leprosy would be treated in the community and released from places like the colony. Not everyone left Molokai. Why?

Mr. TAYMAN: As the medical community became more aware of how to treat the disease, the government responded by sort of loosening the strictures that they had on the patients. But amazingly, it wasn't until 1969 that the isolation policy was repealed. By the time they repealed that law, however, most of the people in the community had been there for 30, 40, 50 years. It was the only home they had. Some of those patients who did have some disfigurement didn't like being out in the general population and being stared at. They had formed a magnificent sort of loving community that, over the years, had also turned into one of the last unspoiled places in Hawaii.

MONTAGNE: John Tayman is author of The Colony, the harrowing true story of the exiles of Molokai. Thanks for joining us.

TAYMAN: Thank you for having me, Renee. MONTAGNE: The leper colony of Molokai is still home to 27 people. In the 1980s, after developers pushed to exile the residents once more to make way for a luxury resort, the government declared the colony on Molokai a National Historical Park. Residents are guaranteed a home in what's now a small paradise for the rest of their lives.

World Health Organization on Leprosy
'The Colony' at SimonSays.com 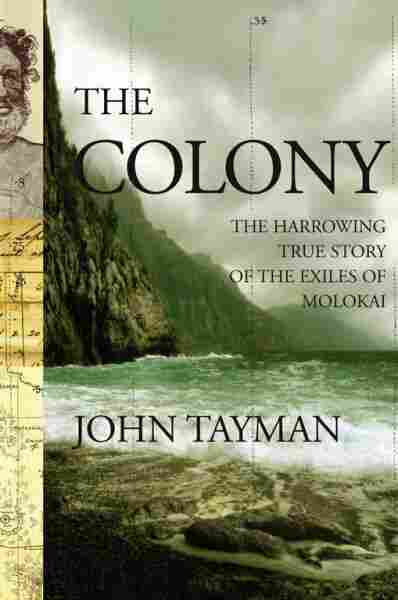