Accessibility links
Take Two: The End of the Road Over the past year, we've profiled people reinventing themselves through their work. Many chose to start over, others had no choice. At the end of our Take Two series, Ketzel Levine revisits a few to find out how their new jobs -- and lives -- are going.

Listen
Take Two: The End of the Road 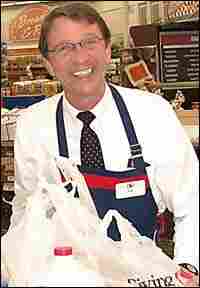 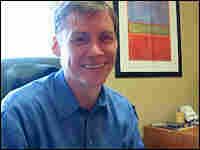 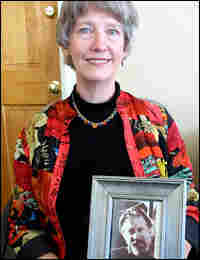 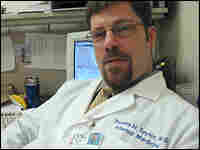 Dr. Tom Taylor realized he wanted to become a doctor while brewing beer at his old job. He started medical school in his late 30s and is now in residency in Portland, Ore. Ketzel Levine, NPR hide caption

Fear of change is highly overrated.

During the 14 months of our Take Two series, I've received virtual mailbags full of e-mails from listeners, with stories chronicling exciting changes, scary leaps and reversals of fortune (some up, some down). Yet whatever the outcome, not a person suggested that his or her career change hadn't been worth the risk.

It seems the very act of taking charge, making a decision and moving ahead is, in and of itself, the payoff, particularly when the alternative is often paralyzing unhappiness.

While I do realize that the folks who wrote in were already inclined toward the idea of changing their careers, I would venture that the pursuit of meaningful work is no mere luxury, but a way of life that many of us cannot do without. Whether couples with children, singles in their 30s or early retirees having to return to work, life was simply too short and too rich with possibility to justify a job that didn't challenge, delight or pay.

For example, I think of Lisa Keyte, working with fish and mammals at an aquarium, making $25,000 a year. The work was taking too much of a toll on her body to justify the hours and the income, despite the fact that was she doing what she loved.

It was no surprise to me, and possibly not to you, that the folks most willing to embrace change were women 40-60, who time and again were determined to find careers that were in synch with who they were. Some had kids in their teens or who were adults; some had partners, others were single. What they had in common was the need for creative freedom in order to express themselves through their work.

Many women were leaving well-paid corporate jobs to become artists, chefs or entrepreneurs. Quite a few were looking for ways to contribute to their local, or global, community. Others were ready to make money, among them Valda Crowder, who left emergency medicine to cash in on the D.C. real estate boom.

The thoughts, sentiments and stories in the letters I received were often astonishing and almost always inspiring. More than that, they helped me define what it is that keeps me engaged in my own career: a chance to touch, and be touched, by so many lives.