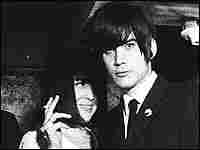 Detail from the cover of a CD from Les Breastfeeders. (Expand the image to see the entire photo.) hide caption 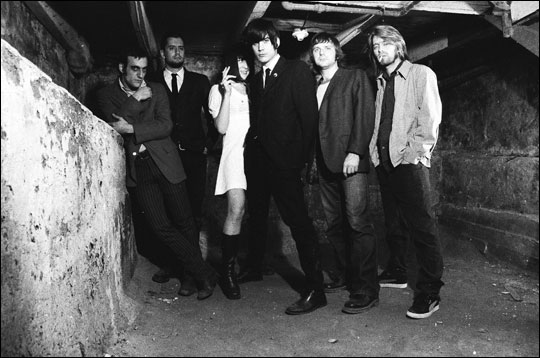 Detail from the cover of a CD from Les Breastfeeders. (Expand the image to see the entire photo.) 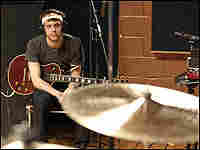 Tim Fletcher of The Stills sees "a new measuring of success" on the music scene in Montreal. hide caption 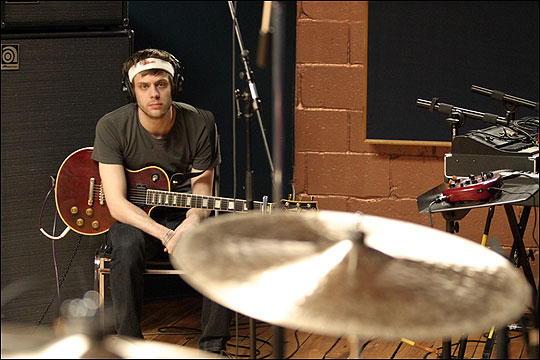 Tim Fletcher of The Stills sees "a new measuring of success" on the music scene in Montreal. 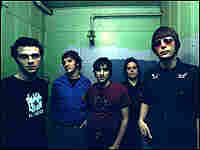 When articles in trend-setting publications -- Spin, The New York Times -- focused on the Montreal "music scene," many locals cringed. 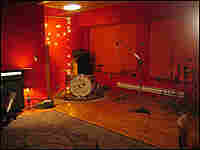 Interior of the hotel2tango, a recording studio in Montreal. hide caption 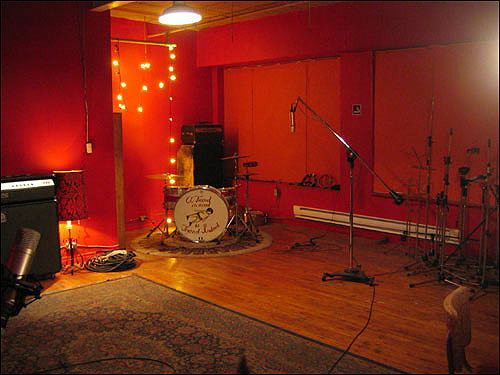 Interior of the hotel2tango, a recording studio in Montreal.

Howard Bilerman was one of them. He has produced and recorded a long list of Canadian bands popular South of the Border -- among them The Dears, Wolf Parade and 2005's indie darlings, Arcade Fire, who are now up for a Grammy.

But Bilerman scoffs at the notion that a "Montreal sound," has suddenly developed, and rejects the recent fuss that's been made over his hometown. He says the media just hasn't been paying attention.

In the early 1990s DJs dominated the music club scene, but as time went on live bands began replacing them. At that time clubs would charge bands to play rather than pay them. As an alternative to paying club fees, musicians created their own spaces in which to perform. One was called the Hotel2Tango, opened by members of the band God Speed You Black Emperor.

The Hotel2Tango eventually became a recording studio, and most acts have moved out of underground lofts and into bars and clubs. At Le Divan Orange, patrons are asked to pay whatever they feel they can afford.

The money goes to musicians such as Katie Moore, a native of Montreal who has played folk music in the city for the last eight years.

Moore says the club boom and the change in payment policy did give the music scene a boost and maybe even helped create a bond between artists, which members of the media have played up.

But Moore says reporting has ignored another fact of life in Montreal:

"I think there's a real separation between the French and English music here," Moore says, adding that the separation may give English bands a close-knit, cooperative spirit.

French musicians have their own community. Gourmet Delice runs the independent label Blow the Fuse Records, home to French punk bands. He's also the bassist in the French punk band Le Nombre. Delice says the media has been shallow in its depiction of the Montreal music scene. He points to two articles that put Montreal on the map in the United States this past year.

"Spin and The New York Times just came to the English bands and completely forgot the French part," he says. "And there are a lot of French bands here doing really well and I think they were really narrow-minded in that aspect."

But he acknowledges that there is good reason that the English bands are getting all the press.

"These bands really were more successful anyway, The Stills and The Dears and stuff," he says. "Those bands go everywhere right away because they sing in English. They're in England, in the States, all over Europe -- as opposed to a French band. To go to the states we have to work really hard to get there."

One of the ways he's working to get there is through a government grant.

Last year the Canadian government invested nearly $14 million in the rock music industry, with 40 percent of the funding going to French-language music. The rest is allotted for music produced in other languages, including English.

Arcade Fire, The New Pornographers, Feist, Metric and Broken Social Scene are all bands that did well commercially at home and abroad in the past year. All received some form of grant or loan from the Canadian government.

Goverment funding of rock music may be anathema to U.S. listeners, but there is something else that sets the Canadian music scene apart. Musicians seem to have a different attitude toward competition. They're not really into it."

"What's cool in Montreal and Canada is that there is this new measuring of success," says Tim Fletcher, who sings and plays guitar for The Stills. "We're sort of doing it on our own. Whenever we're somewhere else, like at a festival, we all hang out and everyone is like 'Oh the Canadians are so polite'... and that's just how we go about things."

But lumping together all Canadians -- or even artists from Montreal -- won't fly with some folks.

"It's ridiculous," producer Bilerman says. "There are thousands of bands in this city." He says the notion that Montreal has its own "sound" came from reporting "based on five or ten bands all of which live in the same three blocks."

"I'm equally happy -- in fact more happy these days -- to have someone come in and scrape a piece of metal with a screwdriver into a distortion pedal into an amp," he says.

After all, fame brings a certain price.

"Montreal is a really easy city to be anonymous in and all this media attention is ruining that a bit," Bilerman says. "There's always been so little industry here and it's really easy to just do what you want to do and not get distracted by the trappings of industry. And I really hope it returns that way soon."

It just may. Music reporters are already pointing to the new "it" place in music... Portland.