Accessibility links
Solzhenitsyn's 'First Circle' on Russian State TV On Sunday, Russian state TV will show the first episode of Alexander Solzhenitsyn's The First Circle. It's the first televised adaptation of the novelist's work to be shown in his native country.

On Sunday, Russian state TV will show the first episode of Alexander Solzhenitsyn's The First Circle. It's the first televised adaptation of the novelist's work to be shown in his native country.

Today on Russian television, viewers will watch a dramatization of a work by legendary former Soviet dissident, Alexander Solzhenitsyn. It's the first to be broadcast in his native country. There's some surprised that the program's getting on the air at all, because people may draw parallels between the former communist regime and Russia's increasingly authoritarian government today. NPR's Gregory Feifer reports from Moscow.

In Russia, television adaptations of classic works of fiction are all the rage. Dostoyevski's The Idiot recently attracted a third of the country's viewing audience. Last month, Mikhail Bulgakov's, The Master and Margarita drew a 60% market share. Now the state-run Russia channel hopes to repeat those successes by televising a Solzhenitsyn novel, drawn from his experiences in a Soviet prison camp.

The First Circle depicted the lives of scientists forced to conduct research in a special institution called a Sharashka, in which some of the Soviet Unions top scientists were jailed. Conditions there were better than most camps, as one of the film's characters describes.

(Soundbite of character from "The First Circle")

FEIFER: He says it's not hell; a Sharashka is the highest, best, first circle of hell. The characters' main dilemma is over cooperating with the state that's imprisoned them. Refusing meant being sent to the worse hell of a labor camp.

The book was first published in the West in 1968, and officially appeared behind the Iron Curtain only in the late 1990's, after Mikhail Gorbachev began opening up the Soviet Union under his policy of perestroika. Solzhenitsyn, now 87, wrote the script and narrates the story. His wife, Natalia, says the book's dramatization is an important event for Solzhenitsyn, who didn't expect the manuscript to be published when he finished the first draft in 1955.

Unidentified Female (Translating for Mrs. Solzhenitsyn): As soon as he wrote the novel it went straight into a drawer. He didn't think then he'd even be able to give it to his friends to read.

FEIFER: At one point, parts of the manuscript written in tiny letters were hidden in an empty champagne bottle. The book was later secretly distributed in so called samizdat, or self-published form. Director Glieb Ponfulef (ph) tells reporters it's as relevant today as when it first shook him, thirty years ago.

Unidentified Man (Translating for Mr. Ponfulef): For me, it's a living book about real people, about a certain time, about our country. About what happened in the past, what's going on, and what may happen in the future.

FEIFER: Solzhenitsyn was arrested in 1945 for criticizing Stalin in a letter, and spent eight years in the prison camp system he named the Gulag Archipelago. He won the Nobel Prize for literature in 1970. Four years later he was exiled abroad and lived in seclusion for twenty years in Vermont. He returned to Russia three years after the Soviet collapse.

Natalia Ivanova is editor of the Znamia Literary Journal. She says Solzhenitsyn is great for having changed the way many Soviets viewed the communist regime, a lesson she says is now being forgotten.

Ms. IVANOVA (Editor, Znamia Literary Journal): (Speaking in Russian) Unidentified Woman: (Translating for Ms. Ivanova): Today, when we're undergoing a crisis with the possible long-term growth of authoritarianism in our country, this is a reminder to Russia that half the country sat in prison, and the other half put it there.

FEIFER: But Solzhenitsyn is a highly controversial figure who alienated many of his supporters with his Christian moralism and strident Russian nationalism. He denounced Western materialism. On his return to Russia, he criticized the reforms of Mikhail Gorbachev and Boris Yeltsin. He last spoke publicly in June 2005, on Russian television.

Unidentified Man (Translating the television segment): Beginning with the first day of the Gorbachev era and on, we never had democracy. I said this many times, we don't have anything approaching democracy.

Ms. IVANOVA: (Speaking in Russian) Unidentified Woman (Translating for Ivanova): Solzhenitsyn doesn't enter into debates. He produces monologues, he produces judgments. But people in Russia today don't want to belong to any one or be told what to do.

FEIFER: But Ivanova says despite Solzhenitsyn's highly conservative style, The First Circle is an important read. She says its dramatization is significant, partly because Russians flock to buy televised books. Publishers are said to be rubbing their hands in anticipation. 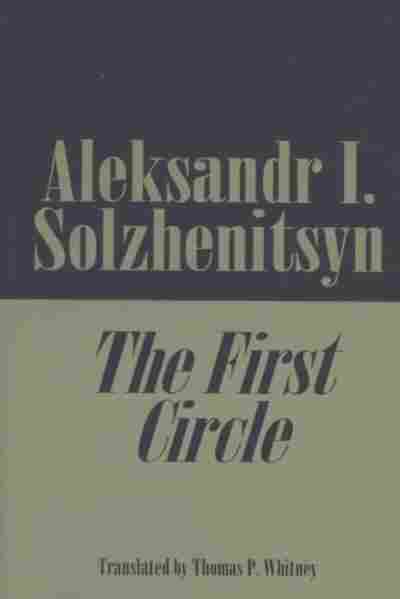