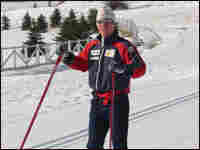 Despite having diabetes, Kris Freeman has a good chance of winning a medal at the Winter Olympics in Turin. Tom Goldman, NPR hide caption 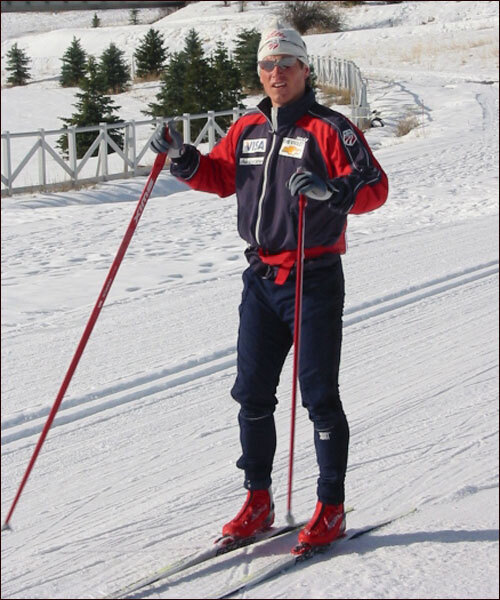 Despite having diabetes, Kris Freeman has a good chance of winning a medal at the Winter Olympics in Turin. 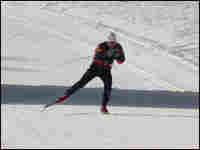 Kris Freeman has a good chance of becoming the first American to win an Olympic Cross Country skiing medal in 30 years. And the 25-year-old manages to race at the highest levels in a grueling sport despite having Type 1 diabetes.

In September 2000, Freeman took a routine blood test and found out his body was not producing enough insulin... the hormone which helps turn sugar and other foods into energy. Tellingly, it was the athlete in Freeman that emerged in those first shocking moments after learning he was diabetic.

"I have so much respect for my body that I immediately started treated myself as though I had diabetes. (I) even took insulin the first night that I came home from the doctor," said Freeman.

Before a race, Freeman tests his blood sugar up to 10 times to make sure it's exactly right when he starts. His coaches and the team doctor line up all along the race course carrying sugar tablets, insulin and drinks called "feeds" that will help Freeman if his blood sugar dips or rises.

Cross-country racing and traveling around the world is taxing on the body and stress can make blood sugar swing high and low. But Freeman has kept it balanced, and the proof is in his race results. In 2003, he won the World Championship for skiers under 23, the first-ever world title for an American.

Now, many are predicting Freeman will also take home a cross-country skiing medal from Turin. The last U.S. winner was Bill Koch, who earned a silver in the 30-kilometer race at Innsbruck in 1976.