Accessibility links
The Artistry in Hidden Talents You may not know it, but the person in the adjoining cubicle could be a singer, a dancer or a painter. A civil engineer by trade but a pianist at heart, Mel Rusnov believes in cultivating hidden talents.

Listen
The Artistry in Hidden Talents 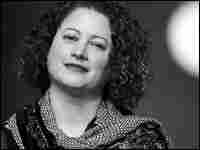 Mel Rusnov is a civil engineer in Woodbury, Conn. Her love of music came from her father who played in a Croatian folk group and took her to concerts in their hometown of Cleveland. Rusnov also enjoys tutoring high school students in math. Nubar Alexanian hide caption 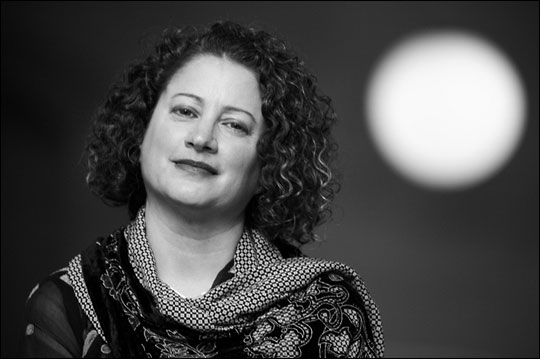 Mel Rusnov is a civil engineer in Woodbury, Conn. Her love of music came from her father who played in a Croatian folk group and took her to concerts in their hometown of Cleveland. Rusnov also enjoys tutoring high school students in math.

I believe in cultivating hidden talents, buried and unrelated to what we do for a living.

In ordinary life, I'm a civil engineer. I make a satisfying, comfortable living working quietly in my cubicle. But in my other life, I am a pianist, bringing to life with my own hands the genius of Bach, Mozart and Chopin.

While earning my engineering degree, I worked as a waitress in the dining hall of a retirement community. One day during a break, I discovered a piano in a meeting room. I sat down to play a few Bach Two-Part Inventions. Those crisp, driving rhythms and harmonics flew out into the hallways. Residents, numb from ceaseless easy-listening radio, tentatively peeked in, then sat to listen.

"She plays the piano!" "Where did you study?" "How long have you played?" "Can you play Rachmaninoff?"

They no longer wanted me to quickly and quietly disappear from their dining tables. "Mel, wait a minute. Who do you think was better, Gould or Horowitz?" I answered "Gould," and a raging debate ensued.

For over 20 years, absorbed in my engineering career, I let my musical life die, but I was always reminded of it when I'd encounter the secret creative life of others.

At a holiday concert, I heard a tenor voice so glorious it brought tears to my eyes. It was the sweetest, most touching performance of "Silent Night" I had ever heard. This masterful voice belonged to a colleague, Steve, with whom I had worked for years, side by side in adjoining cubicles.

I had narrowly defined him, and so many others, by their occupations. Since I had let myself get consumed by my job, too tired and spent for anything else, I assumed all other hard-working people had, too. But Steve's artistry reminded me of my own hidden talent.

I began to practice again, and started taking lessons from an inspiring teacher who pressures me every week to keep at it, play better, get to that next higher level.

One time, feeling bold, I played a Mozart Sonata in an airport lobby, between connecting flights. People slowed down or even stopped to listen; readers looked up from their chairs. I saw smiles and heard a smattering of applause.

I thought: No one smiled and clapped after my presentation on the site engineering for a new strip mall.