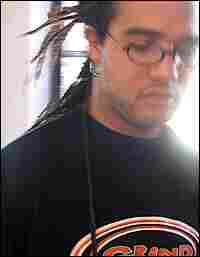 Roumain discusses the story behind 'Veronica and Vincent.' 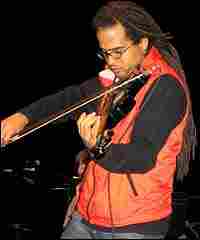 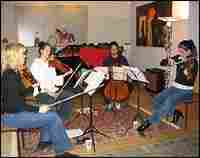 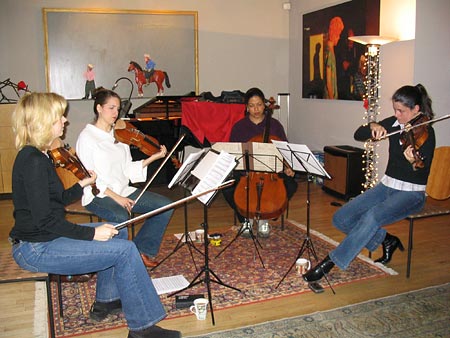 Daniel Bernard Roumain doesn't fit the image of a classical musician. The Haitian-American violinist and composer sports a silver nose ring and dreadlocks that reach to his waist. Roumain has coined a name for his style: "dred violin."

Roumain is classically trained, but he gets just as much inspiration -- maybe more -- from jazz, rock and hip-hop.

"The notion of what the violin represents and its history has nothing to do with what I represent," Roumain says. The dred violin "means more than black and white; it means a mixing -- a mixture, literally," he says.

Roumain has his own nine-piece band, DBR & THE MISSION, which includes a string quartet, a rhythm section and a DJ, who beat-boxes and scratches.

"What I set out to do was make the violin more reflective of who I am, and what I'm into," Roumain says. Rather than play the classics as they have been throughout the ages, he wonders where his culture fits into the mix. "Where does blackness come into play in the violin -- and more than that, where does hip-hop come in?"

Roumain was raised in South Florida. He started playing violin when he was five. He did graduate studies under the Pulitzer Prize-winning composer William Bolcom. Now, Roumain has big-name collaborators, including the minimalist composer Philip Glass and choreographer Bill T. Jones. And he's got 10 commissions lined up, including a guitar concerto for the virtuoso Eliot Fisk, and a laptop concerto.

Roumain thinks his best work yet is his recently completed fifth string quartet, which was commissioned by the Lark Quartet. In one movement, the members have to clap, a feature he says was inspired by hip-hop rhythms but dates back to Cro-Magnon man. "There's something really communal about that," he says.