Accessibility links
Dada on Display at the National Gallery of Art Dada was an absurd, outrageous, puzzling international art movement inspired by World War I. It used art to comment on the modern world its hypocrisies that wiped out a generation.

Listen
Dada on Display at the National Gallery of Art 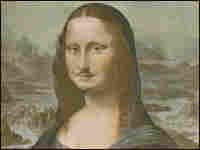 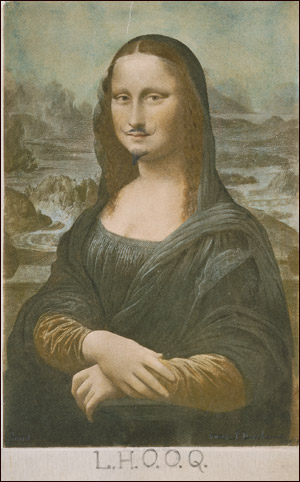 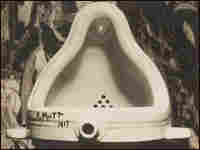 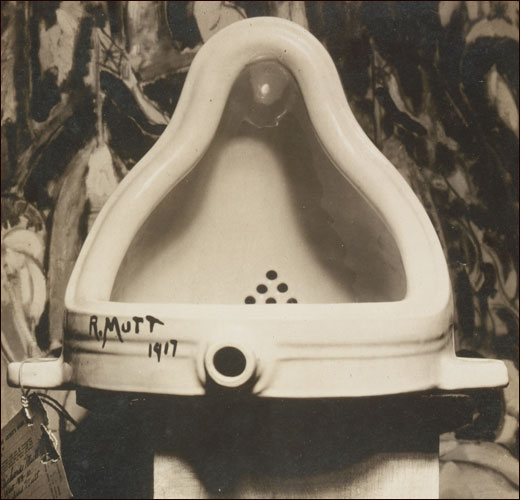 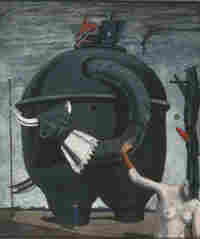 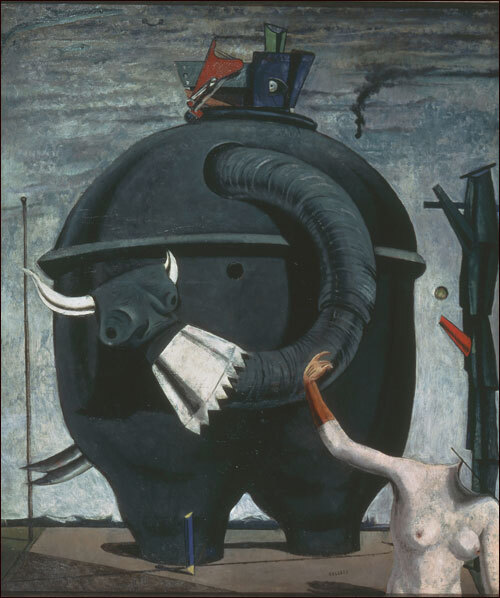 Max Ernst, one of the founders of Dada in Germany, created Der Elefant von Celebes (The Elephant of Celebes) in 1921.

Composer Erik Satie (1866-1925) was a Dada pioneer who mixed music with other sounds. His 1917 ballet, Parade, has dance hall tunes with typewriters, foghorns, rattles, and revolver shots written into the score.

Listen for the typewriters and revolver shots in this excerpt of Petite fille Americaine, played by the Minnesota Orchestra and conducted by Antal Dorati 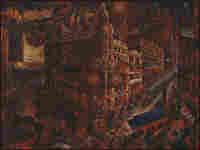 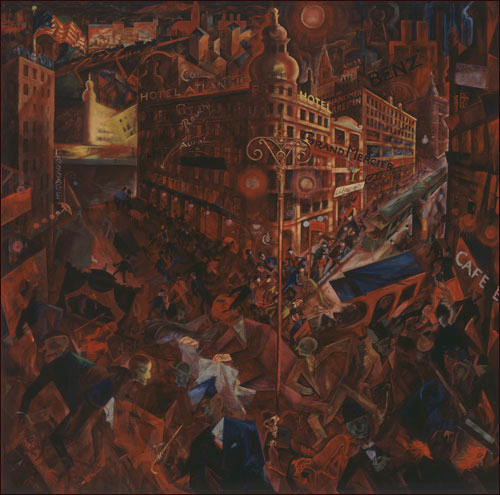 Last month, at a museum in Paris, a man used a hammer to crack a porcelain urinal on display as part of an exhibition. The attacker said he acted in the name of art. Now that exhibition (with a different version of the urinal!) has moved to the National Gallery of Art in Washington, D.C. On display are a bottle full of air that a French artist calls sculpture, and a frame with nothing inside. These are some of the absurd, outrageous, magnificent, and puzzling art works in the international art movement called Dada.

No one quite knows how the name "Dada" originated. In French, it's what a mother calls a toy hobby horse. In Russia, Dada means "yes, yes." To the men and women who made Dada art, the meaning didn't matter. "It's a good name and it's part of the Dada spirit that it's not very clear how it started," says Alfred Packmon, director of the National Museum of Modern Art in Paris, where the Dada show originated.

In the midst of World War I, and in reaction against it, avant garde artists organized in beehives of audacious creativity, first in Europe and then the United States.

Marcel Duchamp's version of Mona Lisa is a prime example of the Dada spirit. Beloved as a beautiful painting that is mysterious, intriguing and compelling, Leonardo da Vinci's classic Mona Lisa was hated by some Dadaists because it had become a sacred cow -- no longer appreciated as a painting, but instead, commodified on postcards, posters and coffee mugs. Marcel Duchamp took a reproduction of da Vinci's painting, and drew a moustache and goatee on her face. Duchamp's audacity became a Dada statement. Ironically, Duchamp's daring deviltry itself became a classic -- widely replicated on postcards, posters and mugs.

In 1917, Duchamp created one of his "ready-made" works -- again in the spirit of challenging what society defined as art. A mass-produced object -- in this case a sparkling white porcelain urinal bought from a plumbing supplier -- was turned on its side, signed, and called "Fountain." When Duchamp tried to enter it in a New York exhibition, it was refused. Paris museum director Alfred Packmon observes that Duchamp and the Dadaists were making the point that art was no longer just a nice bunch of flowers on the wall: "The artist is the person who decides what is art and what is not art.

Dada was a moral and ethical response to the slaughter of World War I. In grief, rage, and despair, Dada used art to comment on the world, making art an indictment of the hypocrisies that wiped out a generation.

In 1924, Dada was superseded by another movement -- Surrealism. But Dada had served its purpose. Artist George Grosz described Dada as "the organized use of insanity to express contempt for a bankrupt world."

In its rejection of conventions of the past and its ridicule of the future, Dada is thought to be an art about nothing. But Leah Dickerman, curator at the National Gallery of Art, says Dada was not the Seinfeld of art.

"Just because Dada is attacking traditional values and ideas of high art doesn't mean that it is meaningless art," she says. "Instead Dadaists are really grabbing the stuff of modern life itself and making art out of the material and scraps of modernity in order to comment on modern life."