Accessibility links
A Daughter's 'Fragile Innocence' At 18 months old, Hillary Reston was struck by a high fever that stunted her healthy development forever. In a new book, Fragile Innocence, her father, James Reston Jr. describes how her family rallied around Hillary, seeking medical answers and a way to improve her quality of life. 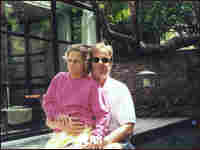 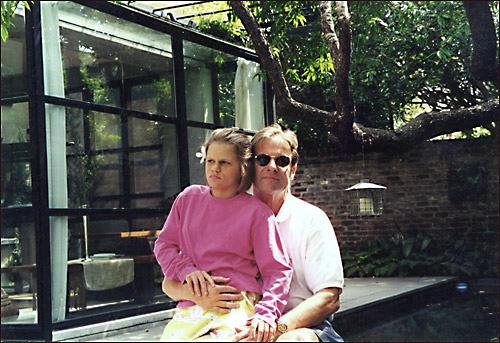 James Reston Jr. and Hillary in Granada, Spain, in August 2004. 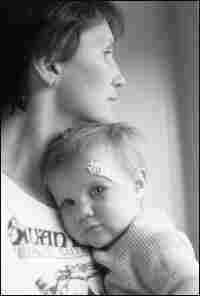 At 18 months old, Hillary Reston was struck by a high fever that stunted her healthy development forever. In a new book, Fragile Innocence, her father, James Reston Jr., describes how her family rallied around Hillary, seeking medical answers and a way to improve her quality of life.

Hillary's fever was originally diagnosed as being a viral condition. Nothing could be done except to monitor the fever and give Hillary aspirin and baths to cool her. The fever continued for days and Hillary's mother, Denise, grew more and more frantic, Reston recalls.

On the fifth day, the fever broke and Hillary seemed OK. But a few months later, their vibrant, verbal child began behaving in strange and even dangerous ways.

"She would walk off the end of a picnic table or just fall down for no apparent reason," Reston says.

Then Hillary began to have seizures.

"We knew at that point that there was something terribly, terribly wrong," Reston says.

Hillary's parents saw her vocabulary of about 200 words "drop away one by one by one in the months after that first seizure," Reston says. "Then it was only three words. Then it was just sounds."

Hillary is now 24, but she is about the size of a 10-year-old. Her life has included a kidney disease so severe that it took a transplant to save her. But she also has a diploma from a special school, a paying job shredding paper for the local school board and a love of bowling.

Reston describes his daughter as "extremely annoying at times … a very strong-minded person. But it has occurred to me many times that Hillary is some sort of angel because she is a total innocent. She is very fragile at the same time, and hence the title of this book."

Reston is a writer and historian whose works have included Warriors of God, The Last Apocalyps and Galileo: A Life. His wife, Denise Leary, is a corporate lawyer at NPR. 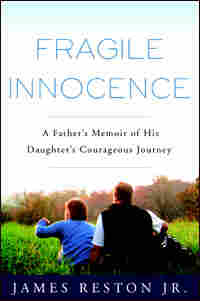 This is a book about the first twenty-one years of a child named Hillary. It tells of her battle to live and our family’s struggle to help her survive as best we could, after an evil and still unidentified force robbed her of her language at age two, hurtled her into a seemingly endless cycle of brain storms, destroyed her kidneys, and took her to the very brink of death. That is the first half of the story, when life itself was at stake.

The second half is different. While the threats to her life never completely vanished, the latter half is about the process of coming to grips with the damage that had been wreaked and the quest to solve the mystery of what had happened. And it is about the heroic efforts of many people, professionals and friends and a few strangers, to help her reach her potential. Ultimately, it is the story of her deliverance and redemption. And so this is memoir, biography, mystery, and drama, all centered in a remarkable person who cannot talk or read or understand language, but who has moved and touched almost everyone she has ever met.

As an innocent devastated by pure chance, Hillary has shown us the very meaning of courage. Without words and frequently with very little physical strength, she has demonstrated a strength of character and an eloquence that many a saint or silver-tongued spellbinder could envy. When the smallest gesture of sensitivity and awareness was shown her, she responded by spreading more love than anyone I have ever known. In Hillary charisma is personified.

The compulsion to write her story has been strong within me for some time. Other writers I admire, among them Reynolds Price, William Styron, Kenzaburo Oe, and Norman Cousins, have written wonderfully and usefully about grave crises in their personal lives, and so it seemed necessary at some point that I should attempt to do so as well. But the moment had to be right. And the story itself needed some sense of completion. There was never any assurance that Hillary’s early life would ever find that resolution, or that we would ever ultimately come to terms with it. But happy events in the summer of 2002 changed that, and completed the circle. Those events, in a far-off and wondrous place called Iowa City,

Iowa, allowed me, as it is sometimes said, to close the book.

If I was ready, I could only proceed with the help and sufferance of my wife, Denise Leary. At the most basic level, the mother always suffers and grieves and remembers more than the father. For many of those twenty-one years, I was often the observer high above the fray while Denise, down in the trenches, engaged in the real combat. She had as many or more professional challenges in her career as a lawyer as I have had as a writer. Regardless . . . the mother has no relief, no refuge, no escape. Denise, along with Hillary, is the hero of the story. And to write Hillary’s story, I was the observer twice over, for I was the man with the crowbar, as we forced open those misshapen boxes that had long since been closed and put away. For Denise, that was difficult, to say the least.

In the early years of Hillary’s illness, we often wondered, angrily, why our child had been singled out, and why we, far from perfect perhaps, but good and decent people, had been cursed. We demanded an answer about the randomness of tragedy. Why us? we asked as if rationality guides the universe. We demanded to comprehend the incomprehensible.

There was precious little to read to impart greater wisdom. And so this book is offered for whatever it may provide to others in similar or worse situations. And the fact is that there are many, many families in far worse situations, families for whom there is no happy ending, no resolution, no redemption. There are many children with far worse infirmities and many families with far fewer advantages than Hillary and we have had. In the Dickensian charnel houses of our own county we have seen scores and scores of them. From these children the common instinct is to avert one’s eyes. In Hillary’s imperfections, by contrast to other families, we have been blessed. To those families and to those children, we offer our love and admiration, and our hope that by reading this they may find some profit.

Not everything about Hillary’s life is told herein. Certain confidences are protected. That so much could be told is a factor of Hillary’s own situation. I have not invaded her privacy, nor undermined her dignity as a human being, for she lives in the moment, on the evidence of her eyes about what transpires before her. She is an innocent, without embarrassment or guilt or remorse or resentment. I like to think that she would be pleased to have her story told.

Beyond its human qualities, her story should be told for an additional reason, one that I came to realize only gradually over the years. Her case personalizes some of the most daunting ethical issues of medicine that face us today: stem cell research, animal organ transplantation, the politics of human organ donation, genetic manipulation, diagnosis with the human genome map, and reproductive and therapeutic cloning. These issues are seldom considered from the vantage point of the “consumer.” Hillary is a potential consumer—and beneficiary—of it all.

We sit now by a favorite stream in the Blue Ridge. She plies her joyous pastime of throwing sticks into the spring-swollen water of Fiery Run, turning to smile and squint her pleasure at me. To my eyes, she is lovely, and the scene is worthy of Wyeth. Her throaty, tremulous sounds are loud, but their loudness does not offend the countryside. Their warble reminds me of a distant night heron in the far woods. Healthy and solid at last, rosycheeked and bright-eyed, her life force is evident. She is making up for lost time.

Read a list of medical, legal and other resources related to this story.

More resources at the bottom of this page. 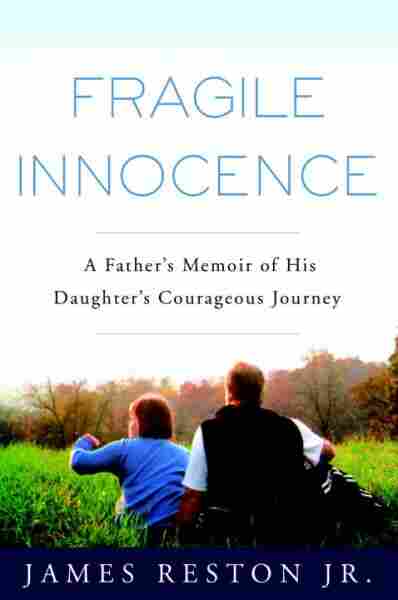 A Father's Memoir of His Daughter's Courageous Journey