Accessibility links
Barton Biggs Shines a Light on Hedge Funds The hedge fund industry is one of the fastest growing corners of the investment world. Now Wall Street insider — and hedge fund manager — Barton Biggs has exposed the industry's cast of characters to scrutiny in the book HedgeHogging. 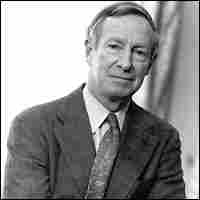 Author Barton Biggs is an investor at heart. But he also has a history with words that helped him capture the hedge fund industry in his new book, HedgeHogging. Courtesy: Barton Biggs hide caption

The hedge fund industry is one of the fastest growing corners of the investment world. It's also one of the most secretive. As a rule, hedge fund managers don't talk to the press much. So when former Morgan Stanley executive Barton Biggs decided to write a book about his experiences running a hedge fund, it raised a few eyebrows on Wall Street.

Biggs was head of investments at Morgan Stanley and well entrenched in the Wall Street establishment. He was nearly 70 when he left the firm in 2003 to start Traxis Partners. Biggs says he left Morgan Stanley, in part, because he was tired of managing people. He wanted to be managing money.

"I was chairman of the mutual funds [at Morgan Stanley] and I was spending more time going to meetings, and less time being an investor," Biggs said.

Biggs was also intrigued by the idea of returning to the hedge fund world, where he worked early in his career.

Hedge funds are investment vehicles that cater to rich people and big institutional investors. They use a variety of strategies to maximize return and minimize risk, strategies like shorting, a bet that an investment will lose value in the future. Hedge funds are lightly regulated and their relative independence gives hard-core investors like Biggs an opportunity to test their insights.

Biggs won't give precise figures on how his fund is doing. It reportedly earned a respectable return of 15 percent last year. Madhav Dhar, Biggs' partner at Traxis, says Biggs likes the intellectual challenge of running a fund.

"He lives and breathes this stuff," Dhar said. "He always has, ever since I've known him."

Biggs has been doing something few fund managers would invest their own time in. The former creative writing major at Yale has been keeping a journal. His new book, HedgeHogging, is the result of his habit.

The book chronicles some of the indignities of hedge fund life, like having to make sales pitches to bored multimillionaires at investor conferences. The most memorable passages involve some of the people Biggs knows.

"I think that's the fascinating thing about the business; it's the people," Biggs said. "The very brilliant and often eccentric and obsessive people in this business."

Take, for instance, an intensely competitive fund manager named Richard. Richard is as smooth as they come, according to Biggs' account. He has a smooth, cultured Harvard veneer, wears fancy suits and talks with a hint of a Boston accent. Biggs details how Richard persuaded some unsuspecting colleagues to buy a stock that he knew was a dog, then unloaded his own shares right before the stock crashed. Just because you're a snake, Biggs writes, doesn't mean you're not a moneymaker. Biggs says he tells these stories for a reason.

"I'm trying to, first of all, disabuse the public [of the notion] that hedge funds are an automatic road to riches for the investors," Biggs said. "I'm also trying to disabuse professional investors [of the notion that] it's very risky to start a hedge fund."

Biggs says hedge funds charge high fees and if they don't do well right away, investors quickly pull their money out. Many funds fail as a result. Biggs describes the hedge fund industry as a grossly overpopulated losers game with too many funds chasing too few profits. But he says he doesn't at all regret his decision to start a fund.

"When you're doing well, not only are you getting paid extremely well, but you really feel like you're walking on top of the world," Biggs said.

But there are also long slumps and spectacular flameouts. For that reason Biggs says he generally supports recent efforts by the Securities and Exchange Commission to begin regulating hedge funds.

Biggs notes that many mutual funds and pension plans these days invest in hedge funds. The public needs to be protected from the bad bets these funds may make. One way to ensure that happens, he says, is to do what he's done in his book: shine a little more light on the way hedge funds operate. 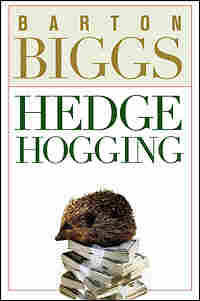 Biggs had a highly successful 30-year career at Morgan Stanley before he formed the Traxis Partners hedge fund with two other colleagues. Wiley Publishers hide caption

Peter the Great: An Investment Nymphomaniac

April 5, 2003: One of the investment bankers called today. The legendary arbitrage LBO private-equity guy, Peter the Great, might be interested in putting some money into the fund. Obviously, I'd heard of Peter the Great, because the epic story of his rise on guts, gall, and brains from a Cleveland blue-collar background is well-known. The mere rumor that he was buying could set the executive paunches and putters quivering from Shinnecock to the Los Angeles Country Club. I was excited.

The vast reception room at Peter the Great's office suite has a huge oriental rug and fine antique furniture. "Peter is obsessed with getting into Blind Brook, and he has this idea that merchant banking is classy," confided the investment banker. "He's got a couple of phony Englishmen at roll-top desks in the other room, but they're just a front." On the paneled walls were framed English fox hunting prints. One of the husky young men in the reception room took our coats. "Former Special Forces," the investment banker whispered. "Ever since Peter read that Bill Gates had ex-Special Forces as bodyguards, he had to have some, too. Very big on the cloak-and-dagger stuff. Code names, disguises, secure telephones. It's like you're in the CIA."

As we waited, the banker told me more about Peter. "Very tough, competitive guy. He's an edge player. Was a wrestler in college and before a match he would chew garlic so he would smell horrible on the theory it might just slow the other guy down for a second. The guy is limelight obsessed. He wants to be the bride at every wedding and the corpse at every funeral. He's the only 50-year-old billionaire I know who still cheats at golf. Moves his ball in the rough. Compulsive about multitasking and redundancy. Always tries to do at least two things at once. I hear he has a stationary bicycle built into his limo so he can work out, read the paper, watch CNBC, and get driven to work all at the same time. Claims he sleeps only about four hours a night. Runs a real sweatshop here. Half of his analysts burn out and end up in communes in Oregon."

One of the Special Forces took us into Peter's office, a huge room with a panoramic skyline view and a massive structure in the middle, which was half desk, half control center. There was no chair, but there was a Stairmaster by the desk and a set of gold-colored weights in one corner. Peter himself was a lean, deeply tanned man, coatless but beautifully dressed, with a Countess Mara tie and red suspenders. Someone had been chewing at his fingernails, though, because they were right down to the nub.

"Welcome to Battlestar Galactica," he said, gesturing at the console, built into the control center, in which numerous screens were flashing prices in different colors. The lower screens were divided into 20 sections, and, on each, a researcher or trader could be seen. Peter showed us how he could talk directly to any one of them or put anyone's face directly up on the big screen. He spoke quickly and in bursts of words. "They can't get away from me, and they can't see me unless I want them to. I fired one guy who picked his nose repeatedly on my time. Discipline and control are the keys to this business."

A phone rang. We could hear snatches of the conversation, which seemed to involved whether somebody's wife was having an affair. Peter abruptly hung up. "When these corporate preppies try to block me, they better be ready to go to war!" he shouted. "My guys can dig up anything, and I'll use it. The chairman's wife is fooling around with a tennis pro," he said disgustedly," and they think they are going to get away with trying to crown-jewel me. What is this? The Yale-Harvard game? That crud won't be able to show his face at Augusta when I get through with him."

The investment banker seemed to love it, even though I knew he had gone to Yale. "Go get 'em Peter. That's why you're so great. How can they say LBO funds are parasitic vultures that produce nothing when you're doing creative stuff like this? Big companies shouldn't be run by clowns whose wives fall for guys in short pants. You're the market economy at work, at the cutting edge of reforming the nature of capitalism, America at its best."

Peter nodded and looked at me. "Now, tell me, what do you do? What do you want?"

I went into an abbreviated version of my usual Traxis pitch, but abruptly he cut me off.

"How many bets do you usually have in your portfolio?"

"Somewhere between 20 and 25. We do use leverage so we want to have some diversification."

"I don't believe in diversification. I don't like people or wines equally, so why build a portfolio equally? Own monster positions of what you really like and leverage them up, or else you're only practicing. It's all greed versus fear, and risk control is a misallocation of energy."

I was tongue-tied. He went on: "My master is my purse! You'd better believe it! Everything is for sale except my kids and maybe my wife. I'm an investment nymphomaniac. He who has the most money when he dies, wins. But I want to do good in the world, too. With the amount of money I give away I should be a trustee of the Museum of Natural History and the Ford Foundation instead of those stingy stuffed shirts they have on their boards."

He looked at me intently. "Did you know I give a lot to charity -- religious studies, funding scholarships for black kids, work on reincarnation. The press never mentions it. They just yack about how many people I fire when I buy a company. It's a conspiracy." Suddenly his mood changed. "But I have to jump. Thanks for coming by. Good luck!" The phone was ringing again.

"The reincarnation studies," the investment banker said disgustedly as we waited for the elevator. "Probably he's interested so he can find out who he is coming back as and then he can leave his money to himself. Good luck."

Seems ominous that everybody is wishing us good luck. 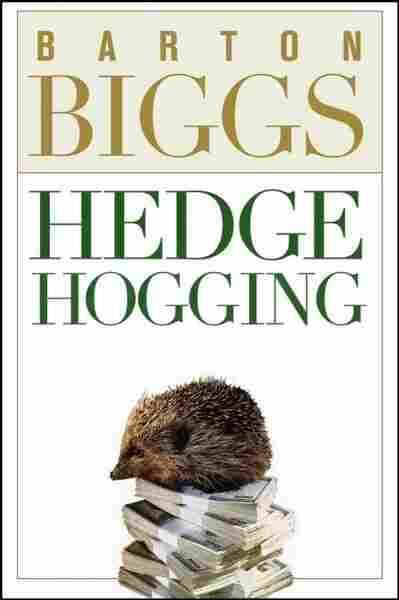