Accessibility links
Cynthia Lin: 'Blue and Borderlined' Chicago singer-songwriter Cynthia Lin has developed her own brand of acoustic music, blending elements of jazz with folk. She's been in love with writing and performing since winning a talent contest when she was six, for singing a song in Mandarin Chinese. 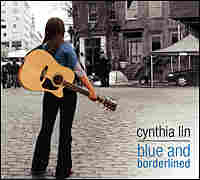 "People seem to be blown away when they see a little Asian girl singing with a big voice and a lot of soul. It's just what I do." 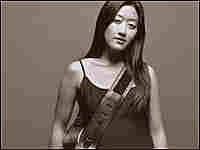 Cynthia Lin is a singer-songwriter out of Chicago by way of Washington, D.C. hide caption 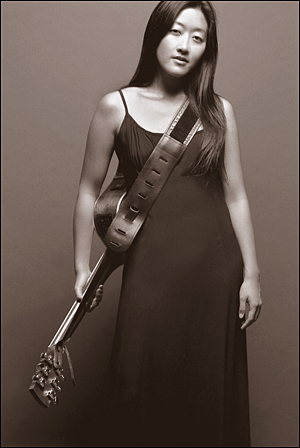 Cynthia Lin is a singer-songwriter out of Chicago by way of Washington, D.C.

Chicago-based singer-songwriter Cynthia Lin grew up with a commanding voice and a love for the stage - her first award-winning performance was at age six, and included a rendition of "Are you sleeping?" in Mandarin Chinese. But it was in her college years that she found her vocal freedom, when she discovered two very different artists: Ella Fitzgerald and Joni Mitchell. Embracing their range and agility, Cynthia learned the art of interpretation from Fitzgerald; from Mitchell, she learned that pop songs could be bittersweet, poetic and emotionally complex.

After graduating from Princeton University with a degree in economics and attempting a nine-to-five career in the Washington DC software industry, Cynthia returned to the stage with a batch of original songs written on acoustic guitar. Her blend of jazz and folk, as well as her heartfelt lyrics began to draw a loyal fanbase.

The featured track is "Blue and Borderlined," the title track from her 2005 EP.