Accessibility links
'Picturing The Banjo' Through American History A show in Washington, D.C., features paintings, lithographs and other representations of the banjo. One of America's most endearing musical instruments also played a turbulent role in racial history. 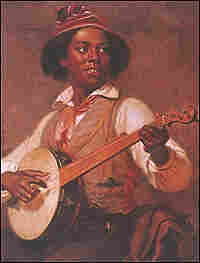 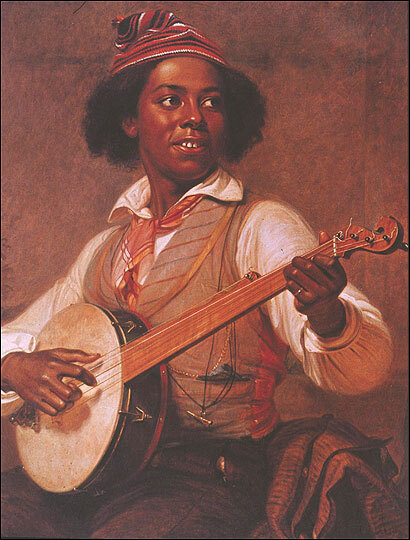 The Banjo Player, an 1856 painting by William Sydney Mount.

An exhibit at the Corcoran Gallery of Art in Washington, D.C., focuses on the imagery of a central player in America's deeply conflicted racial history: the banjo.

'Soon in the Morning Babe,' by Mike Seeger

'Going Where I've Never Been Before,' by John Snipes

Paul Brown Traces the Path from Black to White to Bluegrass

"Picturing the Banjo" features paintings, lithographs and other visual media representations of the banjo from the era of slavery through contemporary times. The images track the arrival of an instrument that came from Africa with the slaves. As it was adopted by whites, the instrument fell out of favor with blacks, and became a staple of demeaning minstrel shows.

"By the time I heard a banjo I was 5," Brown recalls "I ordered it through Sears Roebuck. Once I figured out how to tune it I was off and running."

Beyond simply playing banjo, Brown has studied its history since his teen years. As he takes Debbie Elliott on a musical tour of the exhibit, he reflects on what it's like to play an instrument with "a troubled past." 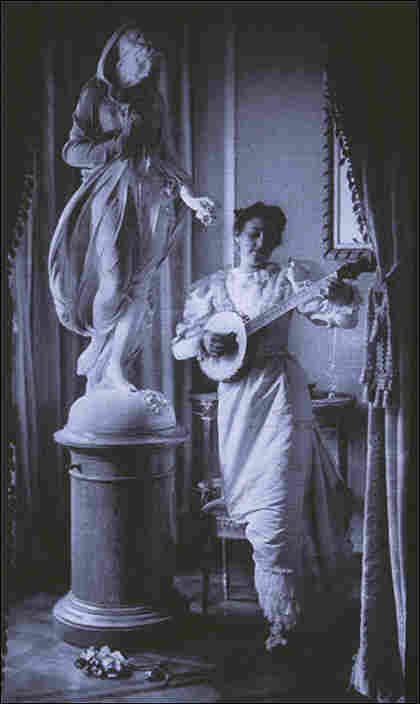 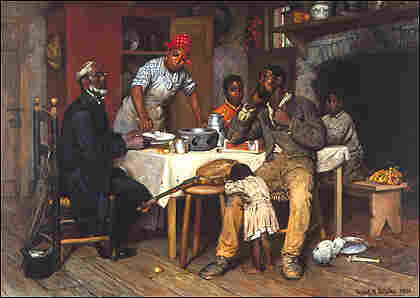 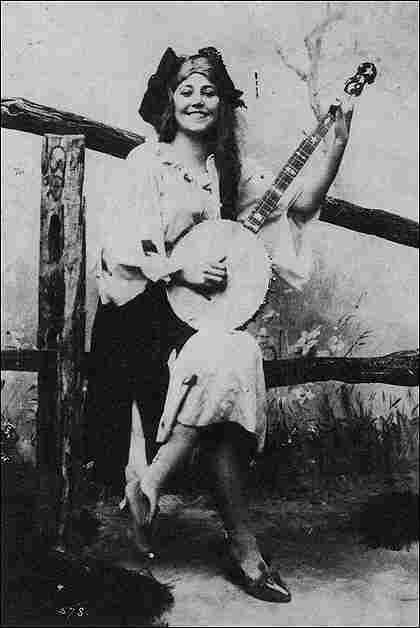 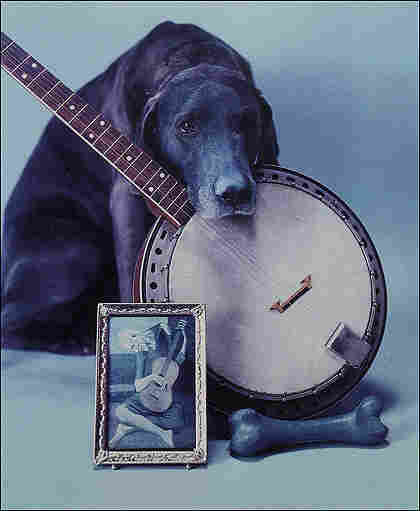