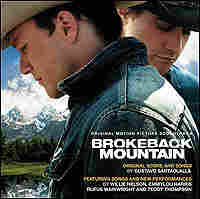 'A Love That Will Never Grow Old' (By Gustavo Santaolalla with lyrics by Bernie Taupin. Sung by Emmylou Harris. 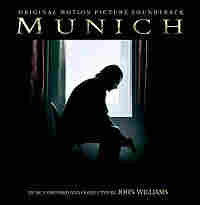 Along with 'Munich,' John Williams is also nominated for 'Memoirs of a Geisha.' In a busy year, he also scored 'War of the Worlds' and the final 'Star Wars' film. Decca hide caption

This year's Oscar nominees for best musical score bypassed the action blockbusters, and there's nary a comedy in sight.

The emphasis seems to be on the somber, the intense and the restrained. And under consideration in the second of this three-part Weekend Edition series are the scores for Munich and Brokeback Mountain.

Munich reunites two of the most productive collaborators in Hollywood history: director Steven Spielberg and composer John Williams (who is also nominated for his score for Memoirs of a Geisha).

Williams tends to rely on melodies and the transformation of them as the germ for many of his music cues, and one of the most powerful in this score is for a central charater, Avner... a theme that reappears in a variety of forms, from guitar to solo cello, to string orchestra. The theme's emotional weight shifts according to the volume of the instrumentation behind it.

A vocal soloist, Lisbeth Scott, also figures prominently in the score, most often expressing feelings of sadness or lamentation.

But beyond the themes, Williams is always good at making things happen without a tune. When he goes into action mode, for instance, a rhythmic pattern suffices.

Williams is no stranger to the Oscars, but the score for the most talked-about film of the year -- Brokeback Mountain -- was composed by an Academy Award newcomer. Argentina's Gustavo Santaolalla produces records, plays guitar and writes songs.

The score for Brokeback Mountain takes up just 13 minutes on the soundtrack recording. Split into seven cues it somehow seems off balance, off kilter and out of place.

Time and again, Trudeau says, the music seems ready to break into a fully realized melody... then retreats into atmosphere. Santaolalla is playing with ambiguity throughout, as fragments of music struggle but fail to create an identity.

At the very end of the score there is a determined attempt to launch a theme... but once again, Trudeau notes, the gesture goes nowhere.