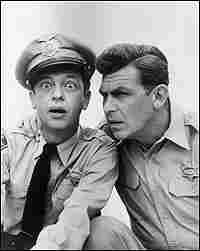 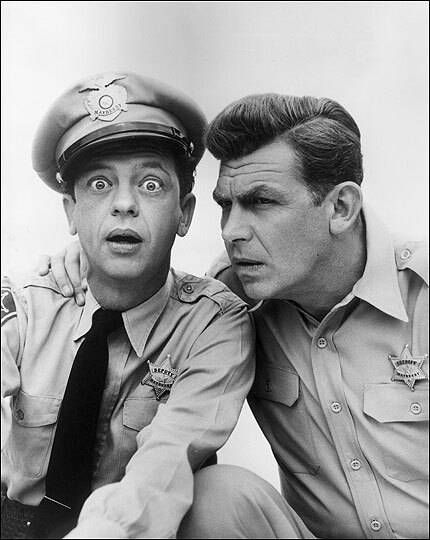 Don Knotts, left, and Andy Griffith pose in character in a 1965 publicity still for their much-loved TV series.

LOS ANGELES (AP) -- Don Knotts, the skinny, lovable nerd who kept generations of television audiences laughing as bumbling Deputy Barney Fife on The Andy Griffith Show, has died. He was 81.

Unspecified health problems had forced him to cancel an appearance in his native Morgantown in August 2005.

The West Virginia-born actor's half-century career included seven TV series and more than 25 films, but it was the Griffith show that brought him TV immortality and five Emmies.

The show ran from 1960-68, and was in the top 10 of the Nielsen ratings each season, including a No. 1 ranking its final year. It is one of only three series in TV history to bow out at the top: The others are I Love Lucy and Seinfeld. The 249 episodes have appeared frequently in reruns and have spawned a large, active network of fan clubs.

As the bug-eyed deputy to Griffith, Knotts carried in his shirt pocket the one bullet he was allowed after shooting himself in the foot. The constant fumbling, a recurring sight gag, was typical of his self-deprecating humor.

Knotts, whose shy, soft-spoken manner was unlike his high-strung characters, once said he was most proud of the Fife character and doesn't mind being remembered that way.

His favorite episodes, he said, were "The Pickle Story," where Aunt Bea makes pickles no one can eat, and "Barney and the Choir," where no one can stop him from singing.

"I can't sing. It makes me sad that I can't sing or dance well enough to be in a musical, but I'm just not talented in that way," he lamented. "It's one of my weaknesses."