Accessibility links
Why I'll TiVo the Oscars For NPR film critic Bob Mondello, there's little about the Academy Awards that can't wait until after some dinner and company. This makes the technology of TiVo a key aid in his household on Oscar night.

Why I'll TiVo the Oscars

Why I'll TiVo the Oscars 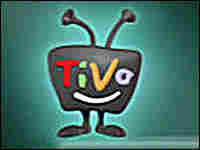 TiVo, which allows audiences to watch programming at their own pace, can be an Oscar viewer's best friend. hide caption

The Oscars have long been a communal thing for me, partly because it's more fun to hoot at fashion victims when someone's around to hear the hooting, but mostly because talking through the dull parts makes the three-plus hours go faster. This year, maybe Jon Stewart will enliven things, but history isn't encouraging. And unlike years past, when fierce partisanship could provide a bit of frisson, no one's likely to get terribly worked up over whether Brokeback tops Crash, or Ledger beats Hoffman. Dunno about you, but my world won't crumble -- unless Wallace & Gromit lose.

So it's really about the party, and I don't mean the one in Hollywood. Back when we first started gathering for Oscarcasts, my friends and I would get together a half-hour before showtime to fill out ballots for our Oscar pool (I've never won), popping popcorn during the host's monologue and chortling gamely through what is generally a pretty lame opening number. Even so, by the time the best supporting actress had gushed about her agent, we were more or less marking time between awards.

In more recent years, we've dealt with this by laying out increasingly elaborate buffets in the dining room, so that most of us can wander away from the TV and let the folks who still have a shot at winning the pool call us back when something interesting is about to happen. Not surprisingly, our Oscar night has become as much about the food as it is about the awards, and this year, the consensus is that we should turn it into a sit-down dinner.

Now, three hours is a lot of time to commit already, especially as some of us have kids, so extending the evening by an hour to fit in a meal wouldn't work. But we got TiVo not long ago, and discovered the joy of tuning in to programs late, so that we can fast-forward past commercials, and that seems pretty much the ideal way to watch the Oscars. No commercials, no long walks down the aisle, no speeches about the ballot-counters. Just the jokes and the winners... and the obit-reel, which is always a heart-tugger.

So this year, we'll gather a half-hour later than usual, just as the show is getting under way, and instead of plopping down in front of the TV, we'll sit down to a nice dinner. Then, after dessert, we'll fill out our Oscar ballots in a leisurely fashion, and when everyone's set, and coffee poured, we'll zip through the crane shots, and the red carpet, and the pans of the crowd, and get right to Stewart's monologue. And if we're careful about what we watch -- certainly Stewart's jokes, possibly an acceptance speech or two, but with the ballots in our hot little hands, probably not the naming of nominees -- we can probably whip through the first two hours in 30 minutes or so, before catching up to the show in real time, where the suspense will actually count: for the last couple of awards leading up to best picture.

Given my record with the Oscar pool, I still won't have predicted many winners, probably, but I'll get Reese Witherspoon right. And against all odds, I'll have correctly forseen, at least for my little group, that most remarkable of Academy Award miracles: a 90-minute Oscar telecast.

Read the previous story in this series, For Geeks Only: How Oscar Voting Works.