Listen
The American Press, 'Infamous' from Day One 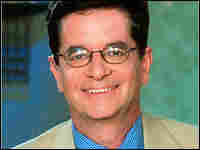 Eric Burns has won an Emmy for his work in media criticism. FOX News hide caption

A new book details the scandalous, sensational and partisan press -- of the 1700s. Fox News journalist Eric Burns's Infamous Scribblers details how Alexander Hamilton, Sam Adams and other figures were integral in shaping not only America's political system but its journalistic one, as well.

Carrying the subtitle "The Founding Fathers and the Rowdy Beginnings of American Journalism," Burns traces the blurry line that distinguished serious political writing and partisan hackery in America's earliest days.

Hamilton and Adams were leading journalists of their day, as were Ben Franklin and his cantankerous brother, James. Even those who steered clear of the Fifth Estate had strong opinions of it.

For Thomas Jefferson, newspapers were simply a tool to be used in achieving his political goals. John Adams is known to have despised the press, as did George Washington. It is Washington's phrase, after all, that gives Burns's book its title, having complained of being "buffited in the public prints by a set of infamous scribblers."

Burns, who hosts Fox Newswatch, a media criticism show on FOX News, says that despite the vehemently partisan tone of the press -- or perhaps because of it -- America was able to debate issues that helped define its character.

A former correspondent for NBC, Burns was named one of the best writers in the history of broadcast journalism by the Washington Journalism Review. Previous books by Burns include The Spirits of America: A Social History of Alcohol (2003).

It was the best of times, it was the worst of journalism -- and it is no small irony that the former condition led directly to the latter, that the golden age of America's founding was also the gutter age of American reporting, that the most notorious of presses in our nation's history churned out its copy on the foothills of Olympus.

The Declaration of Independence was literature, but the New England Courant talked trash. The Constitution of the United States was philosophy; the Boston Gazette slung mud. The Gazette of the United States and the National Gazette were conceived as weapons, not chronicles of daily events, and as soon as the latter came into being, the two of them stood masthead to masthead and fired at each other without either ceasing or blinking or acknowledging the limitations of veracity.

There were, of course, exceptions. Some journalism of the era was cordial: Benjamin Franklin's pieces, especially in the Pennsylvania Gazette, were witty and insightful and, more often than not, absent of malice in any form. Some journalism was thoughtful: Alexander Hamilton, James Madison and John Jay collaborated on The Federalist Papers, first published in New York's Independent Journal, and they were as scholarly a collection of essays as have ever appeared in an American newspaper. 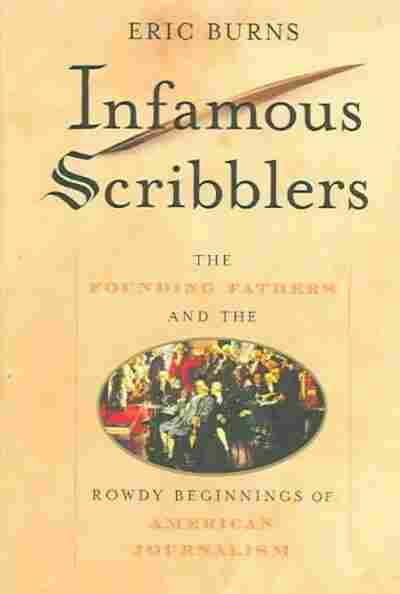 The Founding Fathers and the Rowdy Beginnings of American Journalism