Accessibility links
The People Who Love You When No One Else Will When her biological family fell apart, NPR listener Cecile Gilmer found a new family. She believes the love and kindness these chosen "relatives" gave her allowed her to become an open and loving person.

Listen
The People Who Love You When No One Else Will 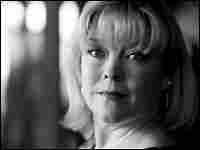 Cecile Gilmer has moved 26 times since her birth in San Antonio in 1962. She now lives with her cat and dog in Logan, Utah, where she is an events planner. Gilmer is still close to the Beaches, having recently joined them for a family reunion. Nubar Alexanian hide caption 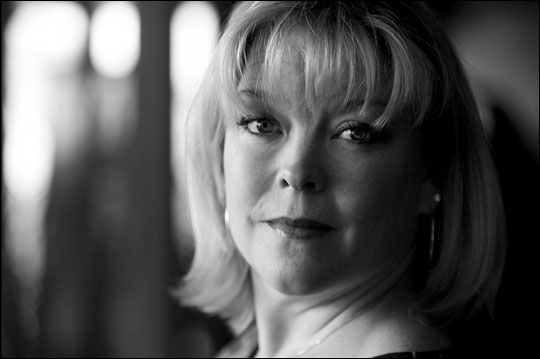 Cecile Gilmer has moved 26 times since her birth in San Antonio in 1962. She now lives with her cat and dog in Logan, Utah, where she is an events planner. Gilmer is still close to the Beaches, having recently joined them for a family reunion.

I believe that families are not only blood relatives, but sometimes just people that show up and love you when no one else will.

In May 1977, I lived in a Howard Johnson's motel off of Interstate 10 in Houston. My dad and I shared a room with two double beds and a bathroom way too small for a modest 15-year-old girl and her father. Dad's second marriage was in trouble and my stepmother had kicked us both out of the house the previous week. Dad had no idea what to do with me. And that's when my other family showed up.

Barbara and Roland Beach took me into their home because their only daughter, Su, my best friend, asked them to. I lived with them for the next seven years.

Barb starched my drill team skirts same as Su's. She made sure I had lunch money, doctors' appointments, help with homework, Jordache jeans, puka shell necklaces and nightly hugs. Barbara and Roland attended every football game where Su and I marched, every drama performance I was in even when I had no speaking lines. As far as I could tell, for the Beaches, there was no difference between Su and me: I was their daughter, too.

When Su and I left for rival colleges, they kept my room the same for the entire four years I attended school. Recently, Barb presented me with an insurance policy they bought when I first moved in with them and had continued to pay on for 23 years.

The Beaches knew all about me when they took me in. When I was seven, my mother died of a self-inflicted gunshot wound and from then on my father relied on other people to raise his kids. By the time I went to live with the Beaches, I believed that life was entirely unfair and that love was tenuous and untrustworthy. I believed that the only person who would take care of me was me.

Without the Beaches, I would have become a bitter, cynical woman. They gave me a home that allowed me to grow and change. They kept me from being paralyzed by my past, and gave me the confidence to open my heart.

I believe in family. For me, it wasn't the family that was there on the day I was born, but the one that was there for me when I was living in a Howard Johnson's on Interstate 10.