Madea's Family Reunion grossed more than $30 million in its opening weekend at the box office. The movie's writer, director and co-star, Tyler Perry, talks with Ed Gordon about the lure of his main character, an outspoken black woman. 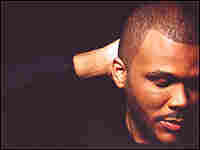 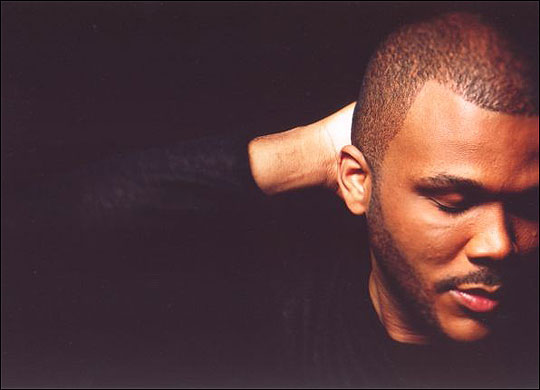 Tyler Perry, out of costume. 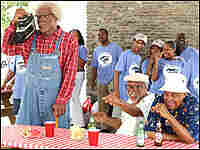 Tyler Perry, shown in one of his three on-camera roles in the film (Uncle Joe), also wrote and directed what appears to be a major hit. Lion's Gate hide caption

A very different kind of movie has taken Hollywood by storm. The comedy, Madea's Family Reunion, grossed more than $30 million on its opening weekend at the box office. This mega hit is a follow-up to last year's sleeper blockbuster, Diary of a Mad Black Woman. Both movies were written and directed by Tyler Perry, who also reprises his role as the Southern matriarch and star of the film, Madea.

Mr. TYLER PERRY (Writer, Filmmaker): She's cross between my mother and my aunt. The gentle wisdom in my mother, and that person that cares and takes people into her house, that's my mother, but the feisty, pistol packing, Dick Cheney shooting side of her is my aunt.

Mr. TYLER PERRY (As Madea): She trying to get me the electric chair already.

Unidentified Woman: Either you're her foster mother, or you're a prison mother.

GORDON: Before Madea was a big hit at the box office, she was a huge hit on stage. But before that, Tyler Perry was struggling to make ends meet, living at times in his car and dreaming of becoming a successful playwright. Perry told me how he transformed Madea from the stage to the big screen.

Mr. PERRY: For me, I just wanted to make sure that I completely stayed true to an audience that was completely underserved. And that being in front of them what it allows me to do is know what will work and what won't work. And I know if it works on stage, if I color it or paint it a different way, when I put it on film, it'll work with a little more of a subtle tone.

GORDON: There is a segment of black America that suggests, oh, the Tyler Perry plays are, quote, "beneath me," they're too stereotypical, they're that old negro comedy. What do you say to those folks?

Mr. PERRY: I know that, and what is affectionately by some, meaning to be demeaned by others, is the chitlin circuit. And what I found about this is I think a lot of people are missing the boat on this, because anytime African American people who couldn't get into white establishments could go on a circuit and live and support their families, and be supported by other African American people, it's a wonderful, wonderful thing, and it's something that should be celebrated and not talked about as if it's a negative. Every other race of people supports their own. And this chitlin circuit thing was what made us support our own. We don't have that anymore, so now there are the bourgeoisie, who are saying this is not my brand of theater, which is okay, I understand it, everybody won't like everything. But when they couldn't get into the theater that is theirs now, the Broadway shows, this would have been the only choice.

GORDON: Mm-hmm. You through this, understand too, and I think you've always understood this, the power that you wield, don't you?

Mr. PERRY: I don't know about power, because...

GORDON: But you do. Tyler, let's be honest, though. I appreciate the modesty and all. But you understand, when you get into the realm that you're in now, not only the microphone that you're given through movies and through stage, but the sheer money you are making, and the idea that you do now invest in much of the imagery of black America.

GORDON: That in and of itself is power.

Mr. PERRY: I do understand that part of it, because in the beginning when I started with Madea, this character, I'm thinking it's just a character. But I stood on stage one night and I asked, I said, who is the youngest person here? There was somebody there that was seven or eight years old. And I said, who is the oldest? There was a woman who was 91 sitting in the balcony. And then I realized that this character is speaking completely across generations. And there is a responsibility when you can bring in generations of people together, you have a responsibility to talk to, and educate, and support, and inspire, and provoke thought, and encourage. Yeah, I understand that power, surely.

GORDON: When you start talking about $30 million in an opening weekend, you're talking about more than just black folk going to see the film. Is it important for you to not only cross over, but the media not just relegated to, quote, "a black film?"

Mr. PERRY: The media will do that. They will make it into what they want it to be. But what I found out about that is it's really, really simple, that when you stay true to the stories that you tell, they're universal, and anybody can relate to them. And that's what I think is happening. People who are not black or who don't know the black experience, can totally watch these stories and relate to it.

GORDON: What has been the most difficult aspect of jumping from the guy who was dreaming about this and having 30 people a night, to this person that we see today?

Mr. PERRY: I've had to learn a lot about people. I had to grow up really, really fast in business. Because, and I had to learn to be very, very careful; and that everybody does not celebrate with you, and everybody is not happy for you. I think that's been the most difficult thing, because what I try to do is approach everything with a sense of trust. And looking at the things that people can do to try to disparage you has been difficult for me. But you roll with it and move on.

GORDON: Let me ask you, finally, as we look to Madea's Family Reunion, specifically. There is a true message of family in this movie.

GORDON: Indeed, that's the case. Listen, Tyler Perry, even though you said that the road wasn't that hard, you only went to a couple of studios, I know this for a fact, what you've done is nothing short of remarkable. And I can speak for a lot of African Americans and a lot of people in general, we're proud of you, man, and keep on keeping on.

Mr. PERRY: I receive that. Thank you very much.