Accessibility links
Defining Latin Alternative Music An eclectic range of influences is at the heart of Latin Alternative, a music created by young players who have been raised not only on their parents' music but also on rock, hip-hop and electronica. It represents a sonic shift away from regionalism and points to a new global Latin identity. 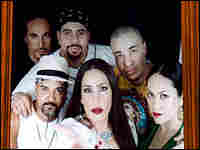 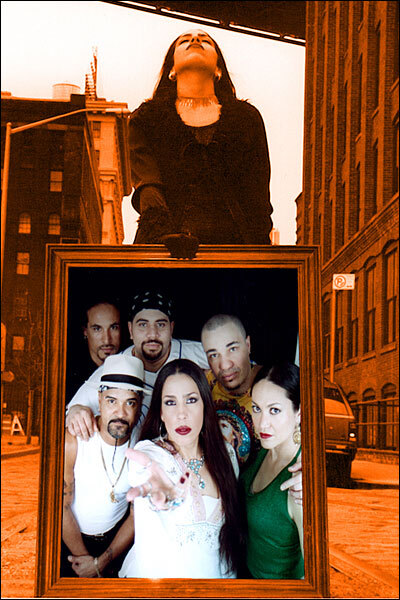 An eclectic range of influences is at the heart of Latin Alternative, a music created by young players who have been raised not only on their parents' music but also on rock, hip-hop and electronica. It represents a sonic shift away from regionalism and points to a new global Latin identity.

The name "Latin Alternative" was coined in the late 1990s by record company executives as a way to sell music that was -- literally -- all over the map. It was marketed as an alternative to the slick, highly produced Latin pop that dominated commercial Spanish-language radio, such as Ricky Martin or Shakira.

Artists within the genre, such as Candela Soul and Maldita Vencidad y los Hijos del Quinto Patio, have set out to defy traditional expectations of Latin music. Now, in an age of Internet connections, downloading and sampling, Latin Alternative has become not just a reaction to outside influences but its own genre.

Did you ever have an experience where you hear music so fresh and new that it has the power to change much of what you know about music?

That was my introduction to Latin Alternative. It happened in the early '90s, back when it was still called Rock en Español. It was also a time when, as a lifelong fan of Latin music in many of its various forms, I thought I knew everything there was to know about Latin music.

Boy, did I have my ears opened.

Here is a list of 10 CDs that turned my head back then, as well as newer releases that offer a good introduction to the wide world of Latin Alternative.

It is, by no means, a definitive or a Top 10 list. These are just 10 CDs from different countries that would make a groovy collection for the "random" feature of your personal MP3 player.

This is a great introduction to the late 1990s scene, with pioneering bands (some mentioned below) from various Latin countries. An interesting standout, and an example of the one-for-all nature of the movement back then, is the inclusion of Neru Gorriak. This Spanish punk band sings in Basque -- and its music is just as dense and powerful as that little-heard language.

Who knew Mexican music could sound so modern? These guys are hardcore Chilangos (Mexico City residents) who say this first album is an aural snapshot of what they were hearing on the streets, the radio and in bars as they grew up. Sometimes if you listen closely you can almost smell the corner taco stands that are ubiquitous throughout El De Efe (the D.F., or District Federale, as Mexico City is known).

You gotta love a band with a name that you can shorten to one word and still get what they are about. (The name translates very roughly to: "the dudes from the bad-ass neighborhood.") Maldita's opening track melds a classic mariachi grito (or yelp) into an unstoppable ska groove that announces the party has started and Mexico will never be the same.

If -- in the early '90s -- Cafe Tacuba and Maldita were the life of the new Rock en Español party, Caifanes would be the one having a philosophical conversation out on the terrace. Lead vocalist Saul Hernandez's lyrics are poetic reflections on love, death and passion, buoyed by breathtaking rock hooks. It was produced by former Talking Heads/King Crimson/Frank Zappa session guitarist Adrian Belew.

He would hate to be referred to as such, but the French/Spanish Chao could be the poster boy for Latin Alternative. He is certainly the most widely known artist of the genre. On both his solo albums, and those he made when he was the front man for Mano Negra, his sense of global politics and global Latino identity made Chao the kind of respected musician that others wanted to emulate.

Cuban hip-hop made a huge splash when these guys released a recording that superimposed Cuban son rhythm over hip-hop beats. The rapping was about life in Cuba that was both celebratory and wary. This CD took Cuba from the Buena Vista social clubs to the hip-hop dance clubs.

Accordions and electronica. What better combination to use to fight the stereotype of Tijuana as a city with a sleazy soul? Nortec Collective is just the tip of the iceberg of a thriving artistic scene there; its muse is the rich culture of a border city that is economically part of the United States but still defiantly Mexican.

Another border city: Miami. Another musical approach: Afro-Caribbean with a dash of rock, pop and lots of fun. Master producer Gustavo Santaolalla (hear Part Three of the series) picked this newcomer out of the crowd. The resulting CD practically dances out of the player. His lyrical imagery, and his videos, reveal a landscape where the palm trees are swaying, the beach is inviting and everybody is under 30 with cool haircuts and trendy glasses.

Not to be confused with the other group of the same name but a different spelling. This Oakland, Calif.-based group has an East Bay swagger that says a lot about what the Bay Area looks and sounds like these days. Front man Rowan Jimenez is a commanding singer/rapper, and Juan Manuel Caipo has produced a record that sounds like it could be from anywhere in Latin America. Oh wait, it is from Latin America -- California.

Break it down into syllables and you can pronounce it. This is another dear-to-his-heart project from producer and newly minted Oscar-winner Gustavo Santaolalla. It is included on this list as a reference to the contribution of Argentina to the history of Latin Alternative. But also because it reflects what Latin Alternative musicians are capable of when they let loose in the studio with their own cultures and the latest electronic toys. In this case, the groove never strays far from tango and the star is still the quintessential Argentine instrument, the bandoneon.