Accessibility links
The Enduring Depths of 'Old Man and the Sea' "The best I can write ever for all of my life." That's what Hemingway said 54 years ago Saturday about his just-finished short novel The Old Man and the Sea. Hemingway biographer Jeffrey Meyers tells Susan Stamberg why a brief story is so significant.

Listen
The Enduring Depths of 'Old Man and the Sea'

"The best I can write ever for all of my life." That's what Hemingway said 54 years ago Saturday about his just-finished short novel The Old Man and the Sea. Hemingway biographer Jeffrey Meyers tells Susan Stamberg why a brief story is so significant. 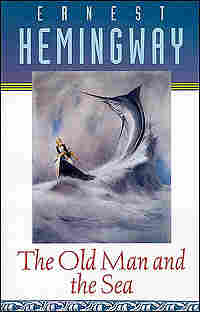 The cover of a 1995 reprinting of Hemingway's short novel depicts the fisherman's battle with a great marlin. hide caption

Ernest Hemingway once said, Sometimes I have good luck and write better than I can. Fifty-four years ago today, on March 4, 1952, Mr. Hemingway wrote his publisher that he had just finished a short novel that was, quote, The best I can write ever for all of my life. The book was The Old Man and the Sea, published first in a single issue of Life magazine. Mr. Hemingway's story of the struggle between a weather-beaten Cuban fisherman and a giant marlin won the 1953 Pulitzer Prize for fiction. The book begins this way.

CHARLTON HESTON: He was an old man who fished alone in a skiff in the Gulf stream and he'd gone eighty-four days now without taking a fish.

STAMBERG: Thanks for talking with us, Mr. Meyers.

STAMBERG: Ernest Hemingway was 52 when he wrote it. Where was he in his writing life?

MEYERS: His previous book to this was Across the River and Into the Trees, which was the first book he published after World War Two. It came out in 1950 and it got a very negative response from the critics. So he was trying to make a comeback with The Old Man and the Sea, and the book, in fact, was a tremendous success.

STAMBERG: But these most famous books, really, the books that made his career, The Sun Also Rises, Farewell to Arms, For Whom the Bell Tolls, they were years earlier, weren't they?

MEYERS: That's right. And this one's quite different.

STAMBERG: What can you tell us about the writing of Old Man and the Sea? Where was he when he wrote it? How much of a struggle did he have with it?

MEYERS: The novel is written in extremely and deliberately simple style; and it's still used for that reason to teach English in foreign countries. And the book still sells about $100,000 worth of books a year abroad.

MEYERS: Which is fantastic for simply one title more than 50 years ago.

STAMBERG: What were the reactions of reviewers when The Old Man and the Sea came out?

MEYERS: Rapturous. Perhaps they were trying to compensate for a bit, because they had been so hard on Hemingway on the previous book. And it sold 5,300,000 copies in two days of life and it remained a bestseller for six months.

STAMBERG: This book is seen as an allegory, sort of a testimonial to human endurance, the idea of bravery against terrible odds.

MEYERS: And in The Old Man and the Sea the sharks seem to represent not only sharks but also the critics, who had recently attacked him over his last book.

STAMBERG: Let's hear more of Hemingway's writing. Charlton Heston again, and a section from The Old Man and the Sea.

HESTON: Thank you. You make me happy. I hope no fish will come along so great that he will prove us wrong.

STAMBERG: Biographer Jeffrey Meyers, what is so great about this book?

MEYERS: Well, I suppose the simple power of the theme and the idea that a man who is weak and poor and old, and has gone through tremendous physical hardships, including having his hands sort of torn up by the rope and the struggle, does in fact endure, and prevail, even though he's lost what he's fought for, because the sharks have eaten the marlin.

STAMBERG: Hmm. Do you yourself have any reservations about this book, Mr. Meyers?

MEYERS: I do. I think it's too obvious, and too simpleminded, and too sentimental. And I think the Christian symbolism is too crudely overt. And I think it may even be a deliberate parody for readers and professors who are looking for symbols. As Hemingway said you want a symbol, here's a symbol that everybody who reads Life magazine, the essence of middlebrow America in the 50s, will understand and applaud.

MEYERS: I think it's ironic that he gets all these prizes for what I consider one his weakest books. And he didn't get that kind of recognition for the ones you mentioned earlier on, which are his great masterpieces, The Sun Also Rises, A Farewell to Arms and For Whom the Bell Tolls.

STAMBERG: Fifty-four years ago today, Ernest Hemingway wrote his editor at Scribner's that The Old Man and the Sea was the best he could write ever. The book was on the bestseller list for 26 weeks and translated into 26 languages. 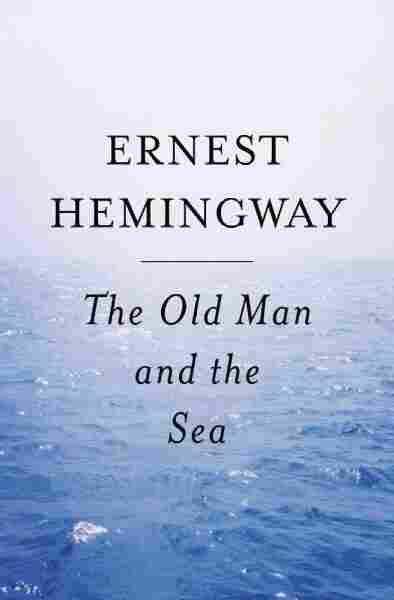 Title
The Old Man and the Sea
Author
Ernest Hemingway