Accessibility links
Enron: On the Prosecution's List Former Enron executives Kenneth Lay and Jeffrey Skilling are on trial in Houston for one of the biggest corporate upsets in U.S. history. A look at key witnesses in their trial. 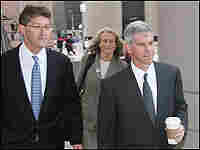 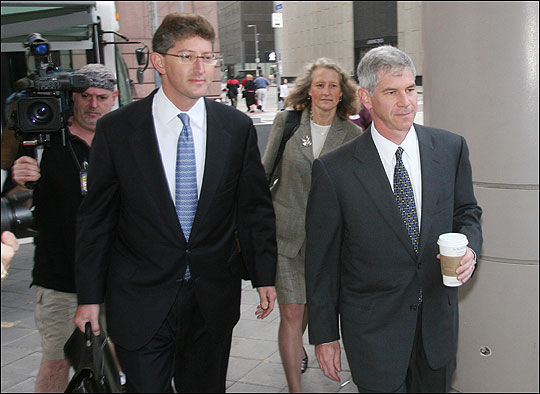 Former Enron executives Kenneth Lay and Jeffrey Skilling are on trial in Houston for one of the biggest corporate upsets in U.S. history. Federal prosecutors, who've charged Lay and Skilling with multiple counts of fraud and conspiracy, argue the pair hid the company's troubles from investors and are to blame for the energy giant's implosion in December 2001. Its collapse wiped out more than 5,000 jobs and a billion dollars in retirement savings.

The defense says there was no overarching conspiracy to lie to investors, and that a business failure is not a crime. Below, profiles of the defendants, and a look at some of the key witnesses on the prosecution's list: 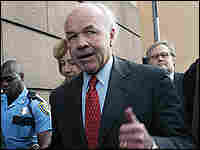 Former Enron chairman Kenneth Lay is on trial for fraud and conspiracy some four years after the multibillion-dollar meltdown of the energy giant. James Nielsen/AFP/Getty Images hide caption

Enron founder Kenneth Lay returned from semi-retirement in 2001 to resume control as CEO and reassure anxious employees and investors that rumors about funny accounting and insufficient reserves were untrue.

Lay had been an effective and charismatic CEO; he had a talent for hiring the best and the brightest talent to work the newly deregulated energy markets.

After graduating from the University of Missouri with a degree in economics, Lay served in the U.S. Navy. Before his discharge from the service in 1971, Lay earned a doctorate from the University of Houston. He went to work for Florida Gas and eventually rose to president. In 1984, he was picked to run Houston Natural Gas and engineered a merger with a rival firm in Nebraska to create Enron, which owned the first coast-to-coast pipeline network.

For a time, Enron was a moneymaking machine, and Lay and Houston reveled in the company's success. Enron was emblematic of the "new Houston," seen as savvy, hardworking and most importantly, hugely profitable because of its ability to innovate. In the late '90s, at the height of his career, Lay was one of the most powerful and respected businessmen in America. A friend of the Bush family, Lay was an important donor to both presidents. He was named one of the best 25 CEOs in the world by Business Week and joined the boards of some of the country's most powerful corporations.

After the Internet bubble burst, so did Enron's stock price. It began a steady decline from its high water mark at $90 a share and by September 2001, Enron was trading at $26 a share. As the stock fell, Enron CEO Jeff Skilling resigned and Lay returned to try to bring stability to the company. Lay asserted that the company was in good shape, but the last few months of Enron's life turned into a free fall. Enron was forced to acknowledge massive losses and restate its earnings. In December, the company filed for bankruptcy. In February 2002, Lay was called before Congress to testify but invoked his Fifth Amendment right not to testify. Two years later, he was indicted on federal charges, with seven counts of fraud and conspiracy. If convicted, he faces the prospect of spending the rest of his life in prison. 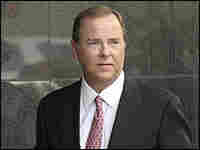 It was Jeffrey Skilling's breakthrough idea to transform Enron from a natural gas pipeline company into an energy-trading firm. The new corporate mission gave Enron the ability to guide an often unstable energy market by locking in natural gas prices for long-term contracts.

Skilling joined the consulting firm McKinsey and Company after graduating from Harvard Business School. He was a rising star at McKinsey when he was assigned to work with Enron. Ken Lay was impressed with Skilling and hired him away to be CEO of Enron's finance division.

Skilling quickly distinguished himself at Enron with his forward-looking vision of the company. Hard assets such as pipelines were de-emphasized and intangible assets -- intellectual capital and knowledge of energy markets -- were touted by Skilling as Enron's future. He began to hire aggressive young managers, including Andrew Fastow, who would become Enron's chief financial officer. Skilling developed a tough reputation for weeding out employees he felt didn't measure up. Eventually, the top Skilling executives became known by some as the "billionaire boys."

Skilling developed a reputation at Enron by turning the company's energy trading division into a powerhouse. Earnings shot through the roof, increasing tenfold under his management. In 1995, Fortune magazine named Enron the nation's "Most Innovative Company," a title the company held for the next five years. 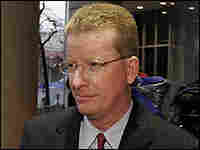 Mark Koenig was Enron's main liaison with Wall Street. He worked closely with Enron's top executives on how to answer questions about the company's earnings and its increasingly complicated accounting.

He pleaded guilty to a single count of aiding and abetting securities fraud and agreed to help prosecutors build their case against Ken Lay and Jeff Skilling.

Koenig testified that he and other Enron executives misled analysts and investors during regularly scheduled conference calls. He said on one occasion, company officials transferred more than $250 million in loses from one division to another in order to hide what was really going on at the company. 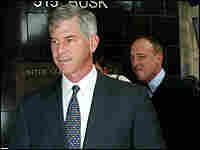 Andrew Fastow was the chief architect of the off-the-books partnerships that eventually led the company into bankruptcy. He is expected to be a key witness in the trial of Enron's top executives. He has already pleaded guilty and faces a 10-year sentence.

Fastow was hired by Jeff Skilling in 1990 and became one of his proteges. In 1998, he was promoted to Enron's chief financial officer.

Prosecutors hope Fastow will help convince the jury that Lay and Skilling knew about his creative accounting. But lawyers for the defense will say Fastow acted alone when he created the off-the-books deals that eventually doomed the company. 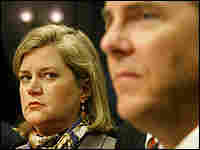 Like many of Enron's top executives, Sherron Watkins had worked as an Enron business partner before being spotted and brought into the Enron fold. She'd been an auditor at Arthur Andersen, Enron's primary accountant. At Enron, Watkins reported to Chief Financial Officer Andrew Fastow.

After CEO Jeff Skilling suddenly left the company in August of 2001, Watkins wrote a letter to Ken Lay, who had come back to resume control of the company. In the letter she outlined for Lay how many of Enron's assets were over-valued and based on "funny" accounting. She said she was afraid the company would "implode in a wave of accounting scandals." Watkins testified before Congress in 2002. 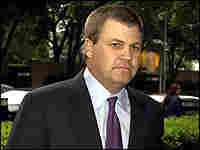 Kenneth Rice is one of 16 Enron managers who have already pleaded guilty to charges brought by federal prosecutors.

Many of these managers are now cooperating witnesses in the trial of Ken Lay and Jeff Skilling. Rice was one of Skilling's top aides at Enron. Skilling selected him to run an important new venture called Enron Broadband Services (EBS).

Rice has already provided testimony in the trial of EBS executives. He told the jury in that case that he and Skilling lied about EBS' capabilities, to present a picture of success that would bolster Enron's falling stock price. That trial ended without any convictions, but the government plans to retry the case. 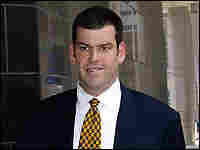 Ben Glisan came to Enron from Arthur Andersen and held the positions of vice president, managing director and treasurer. A complaint filed by the Securities and Exchange Commission (SEC) accused Glisan of helping Enron fraudulently inflate its earnings and cash flow, concealing the true extent of its debt, and manipulating its financial results to the detriment of Enron shareholders.

Glisan was the first Enron executive to plead guilty, in 2003, and is serving a five-year term in federal prison. Although he has never agreed to cooperate with prosecutors, Glisan was granted immunity and was a witness for the prosecution in an earlier case against other Enron executives. He testified that Enron had extensive financial problems that were systematically hidden from investors and regulators.

Another protege of Jeff Skilling, David Delainey pleaded guilty to insider trading in 2003 and is another cooperating witness awaiting sentence. In his agreement with the government, Delainey admitted he knew reserves were being manipulated to hide losses in Enron Energy Services. He also asserted that Enron's executives participated in an overarching conspiracy to hide Enron's true financial condition.