Accessibility links
'Word Fugitives:' In Pursuit of Wanted Words You notice some everyday phenomenon and search for the word that defines it — only to realize no such word exists. With the help of Atlantic readers, word maven Barbara Wallraff fills in the blanks in a new book. 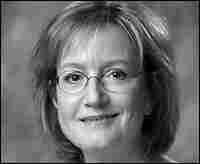 Barbara Wallraff is a senior editor and columnist for The Atlantic. Ken Easley hide caption

You know the feeling: You notice some everyday phenomenon -- something that always happens -- and search for the word that defines it. Only to realize -- no such word exists.

Word maven Barbara Wallraff rustles up what she calls these "word fugitives" in her column in the The Atlantic Monthly, and in a new book, Word Fugitives. Her readers supply both their ideas for word fugitives -- and the words sought.

"I really like word fugitives that relate to people's everyday lives," Wallraff says. "There are a lot of technological fugitives. We have names for the things, but now we need words for what we do with them."

Reader Allan Crossman, of Oakland, Calif., asked: "I'm looking for a term that describes the momentary confusion experienced by everyone in the vicinity when a cell phone rings and no one is sure if it is his/hers or not."

Wallraff say that with ring tones, "you'd think that that would be history even by now. But no, people still experience 'pandephonium.'" Or is it ringchronicity, ringxiety -- or even fauxcellarm? 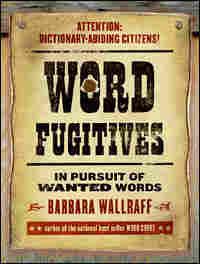 Chapter One: Our Unruly Inner Lives

In a sense, this whole book is about our unruly inner lives. Language, some linguists say, organizes experience. But language itself is hideously disorganized -- or at any rate, the English language is. Sometimes we have plenty of synonyms or near-synonyms to choose from -- for instance, idea, concept, thought, inspiration, notion, surmise, theory, impression, perception, observation, mental picture. More specialized meanings get specialized words. If, say, you're looking for a word that can mean either "a phantom" or "an ideal" -- why, eidolon stands ready to serve. And yet some fairly common things and phenomena remain nameless. For instance, what would you call the experience of having recently heard about something for the first time and then starting to notice it everywhere?

That particular word fugitive (which you'll find captured and discussed shortly) is worthy of note, because once you're aware of it, if you begin rooting around in coined words, you'll find it popping up maybe not everywhere but certainly hither and yon. Essentially the same question is asked by the writer Lia Matera in the book In a Word; Matera suggests we call the experience toujours vu. Another book, Wanted Words 2, asks the question, too, and presents more than a dozen possible answers, including newbiquitous and incidensity. Are toujours vu, newbiquitous, and coincidensity really words? No, not quite. They are the verbal equivalents of trees that fall soundlessly if no one is listening. They are Tinker Bell, whose little light will be extinguished if we don't believe in her. They are words only if we use them.

See how unruly we've managed to get already?

It's only going to get worse -- especially if you didn't read the Introduction. We're about to delve into questions that people have posed and answers that others -- kind, clever souls -- have proposed, and there will be digressions along the way. If you find yourself wondering, What's up with that? turn back! You are worthy, of course, but not fully prepared for the journey ahead.

"What's the word for that restless feeling that causes me to repeatedly peer into the refrigerator when I'm bored? There's nothing to do in there."
-- Nick Fedoroff, Wilmington, N.C.

Robert Clark, of Austin, Texas, is someone who knows this feeling. He wrote: "I often find myself revisiting the same refrigerator I left in disappointment only moments ago, as if this time the perfect snack -- which I somehow managed to overlook before -- will be there waiting for me. Almost invariably I find that I am suffering from a leftoveractive imagination." Cold comfort, refrigerator magnetism, smorgasboredom, and freonnui are all coinages that lots of people suggested. Other ideas include stirvation (Jon Craig, of Del Rey Oaks, Calif.) and procrastifrigeration (Jared Paventi, of Liverpool, N.Y.). A person in the relevant frame of mind, says Dick Bruno, of Hackensack, N.J., is bored chilly. And Chris Rooney, of San Francisco, wrote, "Back in my bachelor days, when I wasn't going out with someone that night I'd head to the fridge for some expiration dating." Then there were the brand-specific coinages, such as "the urge to play tag with the Maytag" (Marcel Couturier, of Nashua, N.H.); Frigistaire (Bob Segal, of Chicago, among others); and the upscale Sub-Zero interest (Daniel Markovitz, of New York City). But these are getting much too fancy, don't you think? Let's go with the neat, uncomplicated coinage fridgety, submitted by many people including Allan Crossman, of Oakland, Calif., who submitted it first.

"I'm looking for a term that describes the momentary confusion experienced by everyone in the vicinity when a cell phone rings and no one is sure if it is his/hers or not."
-- Allison A. Johnson, Glendale, Calif.

You might call that conphonesion (Paul Holman, of Austin, Texas), phonundrum (Pam Blanco, of Warwick, R.I.), or ringchronicity (Alan Tobey, of Berkeley, Calif.). Or what about ringmarole (Jim Hutt, of Blue Mountain Lake, N.Y.), ringxiety (William A. Browne Jr., of Indianapolis), or fauxcellarm (Gordon Wilkinson, of Mill Bay, British Columbia)? But maybe this confusion is best described as pandephonium -- as Michael W. Pajak, of Portland, Maine, was the first among several to suggest.

"Here's a phenomenon that cries out for a word to describe it: the state of being amused (irrationally so, it seems to me) by the antics of one's pets."
-- Kevin Taylor, Boise, Idaho

The possibilities include "petaphilia or pestaphilia -- depending on your perspective," according to Jim Ennis, of Huntsville, Ala. "I suppose if I had a bird, it might make me raptorous. However, in reality I am catatonic," wrote Denny Stein, of Baltimore. And Glenn Werner, of Pine Bush, N.Y., wrote, "When one gets particularly engrossed with one's pet, especially in the presence of others, it's called being petantic." An especially frolicsome invention is fur-shlugginer (coined by Jason Taniguchi and his fellow members of the erstwhile Toronto, Ontario, Serial Diners Collective [don't ask]). Those who have never been regular readers of Mad magazine may be interested to learn that this is a variant on a pseudo-Yiddish word that in Alfred E. Neuman's lexicon means "crazy." Incidentally, the very existence of the monosyllabic and generic word pet implies that English is already way ahead of other languages in the domestic-fauna department. Speakers of Romance languages must resort to phrases like animale prediletto and animal de estimação to get the same idea across.

"I'd like a word for that feeling that you always arrive after the heyday, the boom, or the free ride. For example, when I started college, the drinking age was raised; when I graduated from law school, the job market disappeared. Now I am trying to buy a house, and prices are soaring. This is more than disappointment. It's about missing a departure when you've never been advised of the schedule."
-- Catherine Mehno, Weehawken, N.J.

More than a few people thinking about this word fugitive make a generational association, and take the matter personally. For instance, Yvonne deReynier, of Seattle, admitted, "It's a feeling I'm familiar with myself," and suggested the term GenXasperation. Popular suggestions of the same type include buster and late boomer.

Excerpted from Word Fugitives by Barbara Wallraff. All rights reserved. No part of this book may be used or reproduced without written permission from HarperCollins Publishers, 10 East 53rd Street, New York, NY 10022. 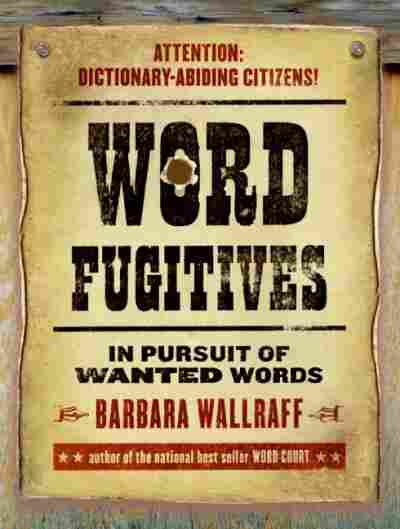