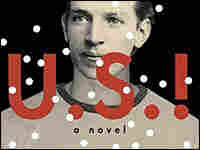 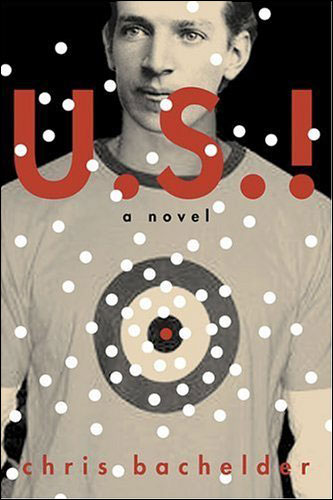 Not much was funny about the intrepid, passionate, muckracking, American novelist Upton Sinclair. But a new novel about Sinclair is hilarious, bizarre, brilliant and wacko. Chris Bachelder's U.S.! opens with a still-dead Upton Sinclair sitting in the backseat of an old four-door Plymouth Valiant. Two young men have just exhumed his body.

As it turns out in this novel, this is not the first exhumation of the late Mr. Sinclair. It seems that since the author died in 1968, the American left has been bringing him back to life to aid their causes. Chris Bachelder talks with Susan Stamberg about the book.

Tony was driving—he had his father's old four-door Plymouth Valiant -- so it was me in the backseat with Upton Sinclair. He slouched away from me, against the door, and as far as I could tell, he still wasn't breathing. He smelled overpoweringly of the earth -- metallic, elemental, potted. I stared at the back of Tony's head for a few miles, then closed my eyes. The strong, near-rotten smell in the car made me remember the way the summer rains would bring up long, knotty earthworms in the streets of my childhood neighborhood. It occurs to me now that I haven't seen worms like that in years. Perhaps the earthworm is a bellwether, a coal-mine canary, yet another harbinger of planetary doom. No doubt there will soon be a book, called The Missing Tiller, perhaps, or Dearthworm, blurbed as "quite possibly the best of the disappearing animal books." And the books about disappearing frogs, disappearing dolphins, and disappearing eagles will disappear to the discount table, three for ten dollars.

Tony said, "What about now? Is he moving? Is he breathing?"

I opened my eyes and looked over at Upton. "No," I said, reaching across the seat to lock his door. "I don't think so. Not yet."

"No," I said. "Not really. It just sort of happens naturally."

"We could do CPR or something."

"Maybe I should open the window."

The winter night rushed in through the cracked window, loud and cold and rather too blatantly suggestive that the world is inhospitable to human life. "Roll that up," I said. "Now he's just dead and cold."

I stared at the slumped ﬁgure beside me, which was brieﬂy illuminated as we passed under streetlights or caught the headlights of oncoming cars. He was wearing his funeral suit, the one, I think, that he wore later on the cover of Rolling Stone. It was already, at this time, too large for him. It may have ﬁt at one point, but death was making him smaller, frailer. His gaunt face was creased and collapsed; lines ran from his eyes and the corners of his mouth like the spoked ﬂight paths on an airline hub map. His skin was mottled with spots and scars, and coated with a thin ﬁlm. Dirt or dust. Time, maybe. Or death. There was something lodged in his left ear—it might have been a hearing aid, but it looked more like a mushroom. Despite the ugly red smile across his throat and the small black hole in his temple, he looked peaceful. I felt guilty and silly for bringing him back in cold December. Our intentions were good, I still believe that, but they were hardly pure. Some of our political anger had to do with missing the '60s, feeling cheated by history. We had been tying knots with the Boy Scouts during the love-ins and demonstrations, and by the time we joined the cause, there was no more nudity or tear gas. It is true that we wanted to be class heroes, that we hoped to get laid by our beautiful, serious, kerchiefed comrades. We longed for the revolution, but we also longed to hold these girls in the night and breathe in their strong, unwashed scent and to confess to them our fears in such a way that made us seem stronger and less vulnerable. They were hairy and sexually frank and brimming with political theory, the history of ideas. They were profane, tough-minded egalitarians with delicate ﬁngers and long necks.

"We should turn around."

"What are you talking about?"

"I think maybe we should put him back."

And it was then, as if at the prospect of leaving this troubled world and returning to the grave, that Sinclair began stirring beside me. Tony said, "We're not putting him back." "Wait," I said. "Hold it. I think he's living." Tony turned around to look in the backseat and the Valiant veered onto the washboard grid of the shoulder. Upton began twitching and jerking, lightly at ﬁrst but then violently. We had not read or heard anything about this.

Tony said, "What's going on? Make him stop that."

I put my hand on Upton's shoulder and his convulsions just grew worse. I was afraid his bones would break. "Sir," I said. "Mr. Sinclair." His eyes rolled in his head. He pulled his arms up to his chest. His fingers -- nine, I noticed -- were spread out and curled arthritically. It was a difﬁcult birth; it looked every bit as bad as dying. "Mr. Sinclair," I said. "It's OK. You're with friends." His spasms continued, as did Tony's erratic driving and my hapless nursing. This went on for ﬁve minutes, maybe longer. Eventually Sinclair's convulsions subsided to trembling and he tried to say something. Tony said, "What did he say?"

He tried the word again and this time I could make it out. Cold. I told Tony to turn up the heat. "Heat, OK," Tony said. The heater fan in the old Valiant had the same rattling volume, the same noise-to-air ratio, as fans in gas station bathrooms. Upton hugged himself and rocked back and forth in the seat. His heavy breathing occasionally burst into coughing ﬁts that sprayed small pebbles and clods onto the ﬂoor of the car. I could hear them popping the vinyl ﬂoor mat like sleet on a window. The seat, too, was covered with a ﬁne layer of dirt and dust, ﬂakes of dead skin.

Here beside me, frail and ancient, retching dry dirt, was the last best hope of the American Left.

Upton squinted up in my direction. "Glasses."

"Glasses," I repeated, before realizing that I had been holding his glasses and dentures. We had removed them from his suit pocket, as we had been told to do. We had also removed the old letter from Einstein; we couldn't help it. We had read it, though we already knew it by heart, and then carefully replaced it in the pocket. "I'm sorry," I said, and handed him his glasses and dentures. "There's some water in the seat pouch. And some Dr Pepper." An article in an underground newspaper had said that Sinclair liked Dr Pepper, but this turned out to be a hoax. Later we found out that he is opposed to all dark colas.

Sinclair put on his glasses and placed his dentures in his coat pocket. He took the bottled water from the seat pouch and held it up right in front of his eyes.

"Yes," I said. He looked at me as if to ask another question, but he remained silent. I could not tell if he was impressed or disgusted.

He struggled to twist the cap off the bottle of retail water. His eyes were squeezed shut and his arms trembled with the effort. I offered to help him but he ignored me, he wouldn't give in. Finally he broke the safety seal, removed the cap, and sniffed at the water. It did not occur to me to offer to take a drink of the water ﬁrst. Years later, of course, Sinclair employed a series of tasters, one of whom died and one of whom killed him. They both kept interesting Web logs. 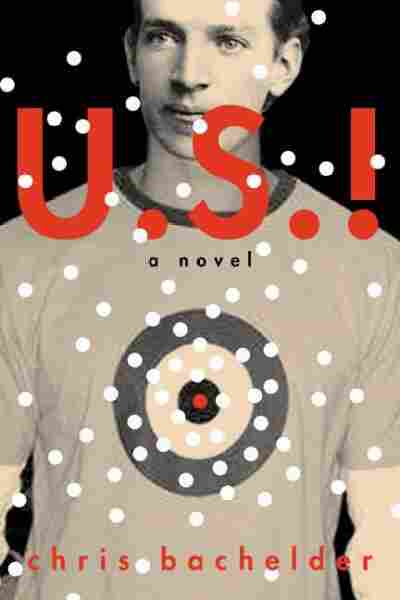