Accessibility links
He Could've Waited for the Movie Dan Brown defends Da Vinci Code from plagiarism charges... did not say, "Dude, it's a novel, I made it up."

He Could've Waited for the Movie

He Could've Waited for the Movie 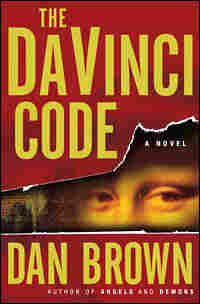 The last literate person in the Western World has finally read The Da Vinci Code. His name is Peter Smith. He's the judge in a plagiarism case against Random House, publishers of Da Vinci. Two of the three authors of a book written in 1982, The Holy Blood and the Holy Grail, say Da Vinci author Dan Brown copied the "architecture" of their work. Whatever that means. Brown took the stand today and according to the AP said:

"The plaintiffs' allegations contain numerous sweeping statements which seem to me to be completely fanciful."

Much as I'd like him to, Brown did not say how many scholars think his book contains "numerous sweeping statements which seem to be completely fanciful."

But all the stories about the case bury the lead. A few days after the trial began, the judge said he had to adjourn court for a few days in order to read the books! Now I understand about the The Holy Blood and the Holy Grail," (although apparently their sales have skyrocketed since the trial began). But how could anyone have avoided reading Da Vinci? Maybe he was waiting for the movie?

BONUS LINK: Opus Dei, the villains of The Da Vinci Code and a conservative Catholic movement have started a blog in response to the book and the upcoming movie. Weirdly compelling.