Accessibility links
'The Scavenger's Guide to Haute Cuisine' Inspired by a famous 100-year-old cookbook, hunter, cook and author Steven Rinella decided to cook a three-day, 45-course feast. It included a variety of delicacies poached inside of animal bladders and skewered elk livers. 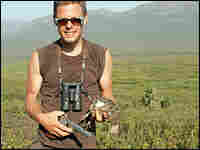 A man, a gun and game: Steven Rinella. Courtesy of the author hide caption 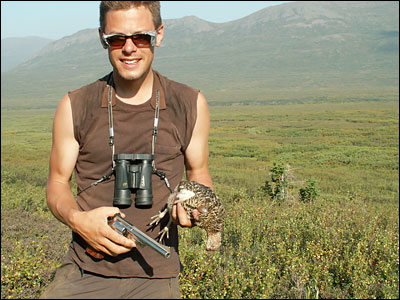 A man, a gun and game: Steven Rinella.

Hunter, cook and writer Steven Rinella discusses his new book, The Scavenger's Guide to Haute Cuisine. Inspired by a famous 100-year-old cookbook by the king of haute cuisine, Auguste Escoffier, Rinella decided to cook a three-day, 45-course feast that included wild boar head cheese, skewered elk livers, and a variety of delicacies poached inside of animal bladders. Rinella explains the adventures that led to the feast and the philosophy behind such a challenging menu. 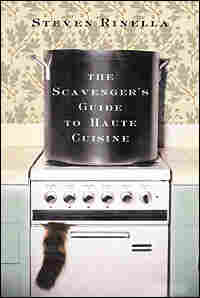 IT'S ALMOST TIME FOR THANKSGIVING DINNER AND I'M JUST NOW beginning to stuff the bird. But no matter how hard I stuff, I can't get it to fit inside the bladder. I'm following a recipe from French master chef Auguste Escoffier's 1903 magnum opus, Le Guide Culinaire, a 5,012-recipe compendium on haute cuisine. The book is pinned open on the counter with a one-quart jar of stingray marinade. Technically, the dish I'm making calls for a duck to be poached inside a pig's bladder. But when I killed a wild boar in northern California last summer, I accidentally nicked its bladder with my skinning knife. So I'm trying to forge ahead with an antelope bladder and half a duck. I push and pull and stretch, but it won't go.

The poached bladder is just one of the courses from Le Guide Culinaire that I'm attempting to construct tonight. All together, I have the ingredients for fifteen dishes scattered throughout the kitchen here in Miles City, Montana. Or, I should say, I have the ingredients for thirteen dishes scattered around; the makings of the other two courses are still wearing their feathers and fur.

My two squabs, or baby pigeons, are cooing and preening in the coop that I built last summer. The birds' names are Red and Lil' Red, and I'll be using them in Escoffier's pigeonneaux crapaudine. In an hour they need to be plucked, flattened, dipped in butter, grilled, then served with gherkins and Escoffier's diable, or devil sauce.

The remaining dish is a pâté of cottontail rabbit. For all I know, the key ingredient for that is still hopping around south of town. My two brothers, Matt and Danny, left this morning with a group of our friends to hunt pheasants and rabbits along the Powder River, but it's getting dark and they still haven't returned.

I keep busy as I wait for the rabbit. After lifting some strips of black bear fat out of a bowl of brandy, I refill the bowl with a handful of wild boar sausage. Then I begin prepping the fixings for a freshwater matelote, a soup made from white wine, stock, and a medley of fish. I've already peeled the crayfish tails, so I trim some fillets of small-mouth bass, walleye, and bluegills and remove the long, serpentine spine from an eel.

If everything goes right, I will prepare forty-five courses from Le Guide Culinaire over the next three nights. I have at my fingertips a collection of the book's ingredients that I gathered from all corners of the country. As I work along, converting raw material to food, the last year of my life literally passes through my fingers. The stingray marinade takes me back to a Florida beach, where my buddy Kern and I wrestled in a stingray amid a throng of hostile tourists. The black bear fat makes me remember the glaciers of Alaska's Chugach Range, which turn the eerie blue color of gel toothpaste when the sun breaks through the clouds. The eel makes me think of Ray Turner, a self-proclaimed "old hairbag by the river" who operates an eel weir in upstate New York, keeps an emu for company, and once built a fireplace from a rock that he found by the grave site of an Indian princess.

Back when I first discovered Le Guide Culinaire, I knew I'd stumbled into a strange, lost world. In his day, Escoffier was known as the King of Chefs and the Chef of Kings; he cooked for the likes of Kaiser Wilhelm II, Frederick VIII, the Duke of

Orleans, Queen Victoria, the Prince of Wales, the Khadid of Egypt, the emperors of Austria and Brazil, the shah of Persia, and the king of Greece. If Escoffier's list of clients just sounds like a bunch of people who figured into World War I, you might approach Escoffier through the more familiar lens of American music:

Now, if you're blue

And you don't know where to go to

Why don't you go where fashion sits

Puttin' on the Ritz

That ditty from 1929 was written by Irving Berlin, the same dude who wrote "God Bless America." In "Puttin' on the Ritz," Berlin is referring to the Swiss hotelier César Ritz, whose name is synonymous with taste and class and ostentatious display.

In large part, Ritz's reputation rested on his long partnership with Auguste Escoffier. Ritz ran the hotels; Escoffier ran the kitchens in the hotels. When Escoffier collected his methods in Le Guide Culinaire, he produced a work that single-handedly revolutionized French haute, or "high," cuisine.

As old as it is, the book didn't seem to me like a historical document when I found it. Instead, I saw it immediately as a scavenger's guide, an inventory of all that is bizarre and glorious and tantalizing about procuring your own food and living off the wild. I tore into the book, hell-bent on recreating as much of it as I could. I allowed myself a year, and now all that time has come down to these moments, these three nights, and I'm filled with overwhelming giddiness. And an equal dose of anxiety. I've got friends here from all over the country tonight. If I can't pull off this feast, this last year of my life will seem a little less extraordinary.

I go outside to see if my brothers are back yet with some rabbits. They're not. I take a peek into the pigeon coop. It's dark out, and the two squabs are sitting on their perches, oblivious to what lies ahead. The older pigeon, Red, has one of the younger pigeon's feathers stuck in his bill. There's plenty of room for the two to spread out, but they make a sport of pecking at each other in a ritualistic sort of dance. They usually shadowbox, but now and then Red connects. I'm visited by this weird sense of guilt that I get every time I look at them. Catching the squabs required almost a year's time and several near-death experiences. When I first started chasing pigeons with the thought of trying some of Escoffier's thirty-four squab recipes, I thought of the birds as dirty pests. But after catching a few pigeons and raising the squabs by hand, I came to see the birds as a metaphor for the contradictions of a society that has distanced itself from the production of its food. Now that I'm moments away from "prepping" the birds, I lament that it's going to be an awfully abrupt ending for such a long story. In Escoffier's day, people killed squabs by smothering them. The ancient Romans drowned their squabs in red wine. I might use a hatchet.

I go back to the kitchen to finish plucking a box of twenty English sparrows that I got in Iowa. The birds are so small, I can hold four or five of them in my palm at once. Plucking the little things is delicate work. I lift one from the box and pinch a tuft of feathers from its breast just as my girlfriend, Diana, walks into the kitchen. At the sight of her, I reflexively drop the sparrow back into the box and kick the lid closed. At the same time, I toss a scrap of cheesecloth over the plate of wild turkey bones that will go into tomorrow's game stock. Escoffier often recited the maxim, "If you want to keep your appetite, stay out of the kitchen." I'm trying to enforce Escoffier's advice on Diana, because she's a struggling vegetarian. I'm hoping that this feast will serve as a rite of passage for her, and that she'll emerge from the experience as a full-on carnivore. She's agreed to try as much of the food as physically possible tonight. I'm counting on her getting blown away by the beauty of the finished products and I don't want her to get turned off prematurely.

Once I shoo Diana from the kitchen, two of my buddies from childhood, Kern and Drost, come running through the front door in their hunting boots and then go out the back door. As they disappear, I yell, "Hey, did you get the rabbits?" But they don't hear me.

I go outside and see that my brothers and Drost are helping Kern pin down one of his hunting dogs. The dog got hung up on a barbed-wire fence. Kern's wife, Deirdre, is a doctor. She's got a curved needle and a long thread, and she's sewing the dog back up.

When she finishes tightening the last knot, I look at Danny. "Rabbits?"

When Danny comes in with the rabbit loins, I have what I need to finish the fourteenth dish. I slice the loins in long, thin strips and put them to soak in the brandy. Fourteen down. Now there's just one dish left.

I step outside with the hatchet. Someone's turned on the yard light, so Red thinks the sun has risen. I can hear him cooing. 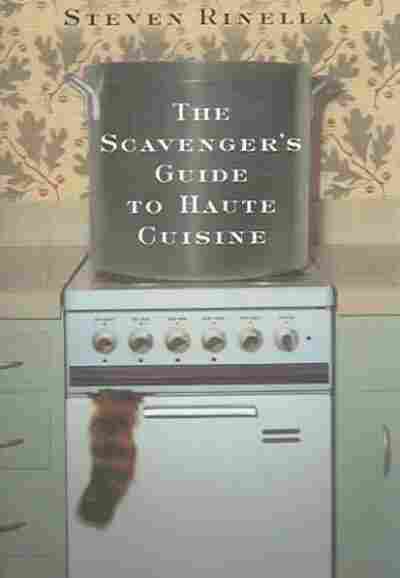 The Scavenger's Guide to Haute Cuisine