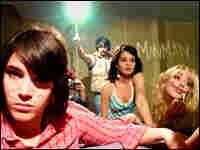 Man Man tears through many genres on its way to something resembling pop. hide caption 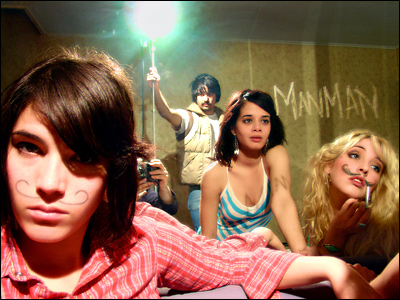 Man Man tears through many genres on its way to something resembling pop.

The result sounds like a jaunty circus orchestra, but it's equal parts Pirates of Penzance and One Flew over the Cuckoo's Nest. Moving through an impressive array of phases, "Ice Dogs" conjures endless surprises on its way to a warped variation on easy-listening pop, as it passes through chaotic noise, haunted art-school rock, and a groovy victory song channeling '60s girl groups.

The result sounds like a lost radio hit beamed in from an alternative universe. With its swinging coda and velvety-smooth backup vocals, the melody lingers long after the song is gone.

Listen to yesterday's "Song of the Day."