Accessibility links
The Power and Mystery of Naming Things The Vagina Monologues playwright Eve Ensler believes in speaking up. She says when we name the things that make us uncomfortable or afraid, then demons are faced, silences are broken and freedom is won.

Listen
The Power and Mystery of Naming Things 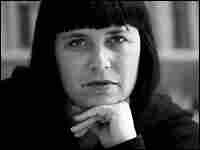 Writer and activist Eve Ensler lives in New York. Her play The Vagina Monologues has been translated into 35 languages and was performed more than 2,500 times in 2005. Ensler is founder of V-Day, a global movement to end violence against women. Nubar Alexanian hide caption 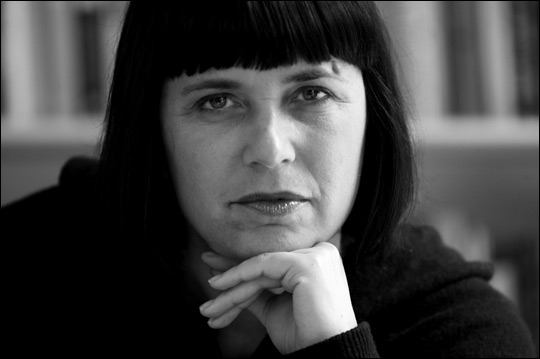 Writer and activist Eve Ensler lives in New York. Her play The Vagina Monologues has been translated into 35 languages and was performed more than 2,500 times in 2005. Ensler is founder of V-Day, a global movement to end violence against women.

I believe in the power and mystery of naming things. Language has the capacity to transform our cells, rearrange our learned patterns of behavior and redirect our thinking. I believe in naming what's right in front of us because that is often what is most invisible.

Think about the word vagina. I believe that by saying it 128 times each show, night after night, naming my shame, exorcising my secrets, revealing my longing, was how I came back into my self, into my body. By saying it often enough and loud enough in places where it was not supposed to be said, the saying of it became both political and mystical and gave birth to a worldwide movement to end violence against women. The public utterance of a banished word, which represented a buried, neglected, dishonored part of the body, was a door opening, an energy exploding, a story unraveling.

When I was finally able as an adult to sit with my mother and name the specific sexual and physical violence my father had perpetrated on me as a child, it was an impossible moment. It was the naming, the saying of what had actually happened in her presence that lifted my 20-year depression. By remaining silent, I had muted my experience, denied it, pushed it down. This had flattened my entire life. I believe it was this moment of naming that allowed both my mother and I to eventually face our deepest demons and deceptions and become free.

I think of women naming the atrocities committed against them by the Taliban in Afghanistan, or women telling of the systematic rapes during the Bosnian war, or just recently in Sri Lanka after the tsunami, women lining up in refugee camps to name their nightmares and losses and needs. I have traveled through this world and listened as woman after woman tells of being date raped or acid burned, genitally mutilated, beaten by her boyfriend or molested by her stepfather.

Of course the stories are incredibly painful. But I believe as each woman tells her story for the first time, she breaks the silence, and by doing so breaks her isolation, begins to melt her shame and guilt, making her experience real, lifting her pain.

I believe one person's declaration sparks another and then another. Helen Caldicott naming the consequences of an escalating nuclear arms race, gave rise to an anti-nuclear movement. The brave soldier who came forward and named the abuses at Abu Ghraib prison was responsible for a sweeping investigation.

Naming things, breaking through taboos and denial is the most dangerous, terrifying and crucial work. This has to happen in spite of political climates or coercions, in spite of careers being won or lost, in spite of the fear of being criticized, outcast or disliked. I believe freedom begins with naming things. Humanity is preserved by it.