Accessibility links
Peru Seeks Return of Machu Picchu Artifacts Peru has announced it will sue Yale University for the return of a collection of artifacts from the Incan site of Machu Picchu. From member station WNPR, Diane Orson reports.

In 1911, Yale history professor Hiram Bingham III and a small group of guides stumbled upon a lost city of the Incas: the fortress of Machu Picchu, high in Peru's Andes Mountains.

For centuries, the treasures found there had been lost to the Peruvian people. Once found, they disappeared again, going off to Yale's Peabody Museum. Now Peru wants the Incan relics returned.

During three trips to Machu Picchu, Bingham excavated hundreds of objects, including silver statues, jewelry, musical instruments and human bones. The relics are part of a multimedia exhibition at Yale's Peabody Museum in New Haven, Conn.

Two of Bingham's trips were co-funded by Yale University and the National Geographic Society. When Yale launched a major touring exhibition featuring the artifacts three years ago, the Peruvian government started negotiations to get them back.

Yale offered to divide the items up and help Peru install its share in a museum near the site. Peruvian officials would not agree to any joint projects until Yale acknowledged that all of the objects belong to the Peruvian people. Yale refused.

Peruvian officials say the dispute is between their government and Yale University, and does not involve the U.S. government. They have not announced when Peru will file suit. 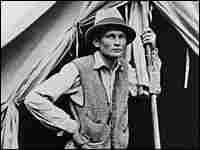