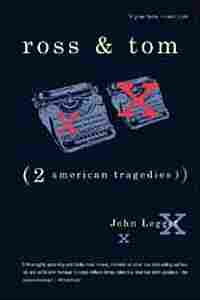 Taking my life is inconceivable to me. I shall lose it soon enough. To abandon even one of my allotted minutes might be to miss some important or funny thing, perhaps even the point.

Also—and there is a connection—I am ambitious. I have been bred to "getting ahead," to the belief that if I fall behind, shame and starvation will catch me, but if I achieve some thing I will be looked after, admired and loved in perpetuity. Long ago I accepted these as the rules of the game. I only quarrel with them when the score is running against me.

Sometime during World War II I decided to have my achievement as a writer. It took me five years and a fat swatch of rejection slips to find out how hard that was and, in frustration, to take a job with a book publisher.

Thus it was in Houghton Mifflin's warren overlooking Boston Common that I learned about a dark side of achievement—how, a few years earlier, two young novelists, just my age and no more promising in background, had been published so successfully that their first books made them rich and famous. Then, at the peak of their acclaim, they died.

The first, Ross Lockeridge, took his own life, locking his new garage doors behind his new Kaiser and asphyxiating himself. The second, Thomas Heggen, drowned in his bathwater—an accident, it was claimed, but it was the accident of a desperate man.

Tom and Ross were similar in that neither had any previous notoriety and they came from obscure, middle-class, Midwest backgrounds. Yet as men they could not have been more different.

Ross was an oak of prudence and industry. He rarely drank and he never smoked. He excelled at everything he did. He had married his hometown sweetheart, was proudly faithful to her and produced four fine children. After a sampling of success on both coasts he had gone home to the Indiana of his parents and childhood friends.

Tom Haggen had a taste for low life. He had been divorced, had no children and shared bachelor quarters in New York with an ex-actor and screenwriter, Dorothy Parker's estranged husband, Alan Campbell. Tom was a drinker and a pill addict. He turned up regularly at the fashionable restaurant "21," usually bringing along a new girl, a dancer or an actress.

After the success of their first novels, neither Ross nor Tom had been able to start a new book. At the time of their deaths neither had written anything in months.

What happened to them? There were grumblings that some villainy of Houghton Mifflin's had done Ross Lockridge in, that in publishing his huge novel, Raintree County, the firm had exploited him, somehow threatened both his income and his privacy. (There had been a quarrel and Ross had made unpleasant accusations.)

Could it have been fatigue—had the two novelists written themselves out, found they had nothing to say? Or was it disappointment: had the finished book—or in Heggen's case the dramatic version of Mister Roberts which was then playing on Broadway—fallen short of some original notion of perfection? There are always spoilers. Raintree County's first review had called it a masterpiece and compared its author to Thomas Wolfe, but these were followed by some contemptuous ones, and there had been a denouncement by a Jesuit priest which struck at Ross's own self-doubts.

Still, none of these sounded as likely an explanation as that of the bitch-goddess herself—the writer spoiled by success, his need to write smothered in a surfeit of reward. Clearly, there is something disillusioning in attainment. Many writers (such as J.D. Salinger and James Gould Cozzens, among others) drift into unproductively after a big, popular success, just as the very productive ones such as Henry James are often those who pursue, yet never quite attain, an enthusiastic public embrace.

There is still another area for conjecture. Suppose that Tom Heggen's and Ross Lockridge's final act was not one of surrender at all, but defiance. Perhaps success had brought them to some promontory from which they could see the whole of their path and from there they had made this appalling comment about it. What could so disillusion them about that view? I needed to know. If they were rejecting their own incentives, they were, so far as I knew, rejecting mine.

Searching for an entryway to their spirits, I drew a professional comparison. Lockridge was a Vesuvius. When he was at work, twenty or thirty pages spewed from his typewriter each day, some on their way to the wastebasket, others to be revised, endlessly before they were satisfactory, but always expanding. Progress toward a desired shape was by laying on more material.

Haggen was the reverse, a distiller. The molding was a prelude to writing and was done in his head. He would sit by the hour, staring out a window, so that a passerby would think him daydreaming. But then he would turn to his typewriter and strike a flawless passage, each word and inflection so precisely chosen there was no need for revision.

But in spite of this difference in the way they worked, Ross and Tom appeared to be equally single-minded about writing, each compelled to it with a force that dwarfed the other elements of his life. Thus the common experience preceding their deaths, or wanting to write again and not being able to, is significant. The being able to—the energy—is the essential part of incentive and I had the impression they had lost that, knew they had lost it and knew that without it they were useless men.

What is a writer's incentive? That he has a gift for expression in words can be taken for granted; but I suspect that gift doesn't contribute half so much to motivation as social failure. I know that my own feelings of inadequacy and shyness were first routed when, in the third grade, my piece on tadpoles appeared in the school paper, and I suspect that only a man who doubts the persuasiveness of his tongue and fists would sit alone dirtying good paper when he could be in company.

Wanting to write fiction has even more elaborate roots and these reach not just into a writer's present reveries but back into his childhood. When he is read to, when he is sick and is brought an adventure book with his medicine, a child gets a first set of furnishings for his dream world. When he graduates to adult novels his debt to fiction is increased by a more utilitarian, though still romantic, vision of himself and a way to behave. If he chooses wisely and is lucky in the library he can find dream enough to sustain him for a lifetime.

...When I first looked into Tom Heggen's and Ross Lockridge's lives, seeking some clues to their deaths, I found myself in barren country. Neither had the nature for causal confessions nor the kind of apprenticeships which called for public self-examinations. An even bigger difficulty lay with those who had known them best. They suffered from having been present at, yet unable to prevent, a tragedy. Understandably the families were wary of talking about the darker, human parts of the natures and experiences of the two writers.

Still, inconsequential, even irrelevant details about them intrigued me. Instead of flagging, my interest grew. Occasionally I felt I might be guilty of dancing on their graves, a jig for my own compensating survival. But what most absorbed me was self-discovery.

Ross, Tom and I grew up to the same music, worshiping the same idols, suffering from the same inhibitions. It was remarkably easy for me to slip into their adolescent skins. As an adult and a writer, I could recognize in those highs of self-certainty, in those plunging lows of self-doubt, my own emotional weather, Finally, in each of their natures—one black, reckless; the other a marching band of virtues—I saw two halves of my own.

As I write, Tom's father is still alive, as are his sisters and his former wife. So too, Ross's wife and four children survive him. Today both men are as esteemed by and as dear to their families as when they lived, so at the outset I am caught between my obligations to the living and to the dead. But in the end it is truth I'm after and for that I must depend on my own interpretations and my own conscience. Thus this book is an unauthorized biography, and its views are my own. 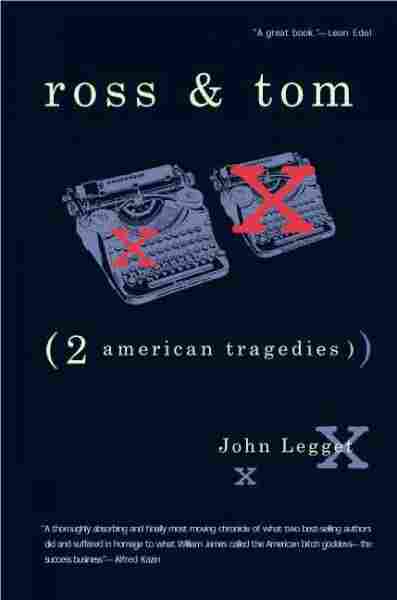