Accessibility links
Six-String Creation: The Derek Trucks Band Acclaimed guitarist Derek Trucks knows something about musical lineage. He joined his uncle to play in The Allman Brothers Band, and has just released a new studio album with his own band. Songlines is named for a book about Aboriginal creation myth. 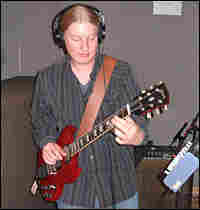 Aboriginal legend holds that the world came into existence via songs sung by ancestral creators. The concept wraps together history, family and music in one creation myth. 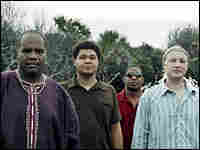 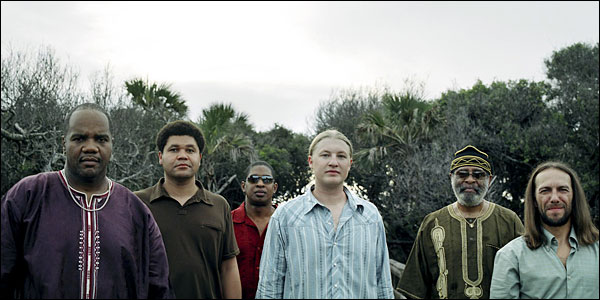 It's an idea whose appeal seems natural to Derek Trucks, who has performed alongside his uncle in the Allman Brothers Band for six years and has a young son with wife and fellow musician Susan Tedeschi.

Trucks, who began playing guitar as a boy, was tapped at age 20 to take the place of late guitarist Duane Allman in the Allman Brothers Band. Since then, he has built a reputation as "the most awe-inspiring electric slide guitar player performing today," according to a recent assessment by The Wall Street Journal.

Now, he is drawing together influences and players from various corners of the world on his latest studio album. His five-man band, which Trucks has called "a fascinating mix of humanity," incorporates flute, congas and a penchant for expansive live performances.