Accessibility links
Neko Case Surges Forward with 'Flood' Singer/songwriter Neko Case possesses one of the most distinctive voices in modern music. Some writers are already predicting that her latest, Fox Confessor Brings the Flood, will end up one of the year's best. In a recent interview, Neko Case sang, played her guitar and spoke about her music with music journalist Ashley Kahn.

There's no mistaking Neko Case's voice, which she says is both her signature and a tool she's still learning how to use. 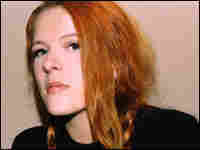 Neko Case says her voice is both her signature and a tool she's still learning to use. Victoria Renard hide caption 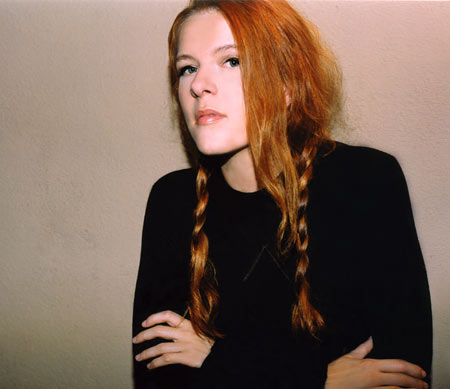 Neko Case says her voice is both her signature and a tool she's still learning to use.

"I know that I can sing really loud," Case says. "It's like having that really big Evinrude engine on the back of your fishing boat. But I've been trying to be more dynamic with my voice, and not just singing on 10 all of the time out of terror."

Case grew up in Washington State and has been on her own since she was 15. After playing in punk bands and attending art school, she started making records that drew on a growing love of gospel and country music.

Songs like "The Virginian," from her first album in 1998, still prompt many to label her music country. But, like many creative musicians, she's clearly progressed beyond any given category.

"The most apt description, the one that doesn't make me go, 'Oh, God' -- a writer once called it 'country noir,' which kind of relates it to country, but it's also kind of cinematic at the same time, which is the way I feel about it," Case says. "I think my songwriting might be a little more on the darker side maybe."

Neko Case calls her new album Fox Confessor Brings the Flood. It's a fairy tale title that's as enigmatic and visually evocative as her songs.

"I try not to be overly literal," she says. "When I'm writing songs, I write down a lot of words, and then I try to simplify it. I like to give people hints or words that make visual pictures for them."

Click the "Listen Now" link above to hear Case talk more about her new album.