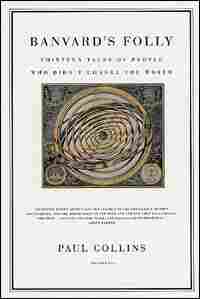 'Walking on The Rings of Saturn'

It began quietly enough. On August 21st 1835, the New York Sun reported that astronomer Sir John Hershel "has made some astronomical discoveries of the most wonderful description, by means of an immense telescope." Hyperbole was common to newspapers of the time, so this announcement could have meant almost anything. What it did mean was revealed a day later: in South Africa, the ingenious Herschel had built a telescope so powerful that, when the cap was left off during the day, it melted the plaster walls into blue glass, burned a hole through the observatory, and then set fire to a nearby grove of trees. This insanely powerful telescope could magnify objects by an unheard-of 42,000 times, and was promptly turned at the moon the next night to reveal... a field of poppies.

As if in an opium dream, the magical images unfolded:

A beach of brilliant sand, girt with wild castellated rocks, apparently of green marble.... with grotesque blocks of gypsum, and festooned at the summit with the clustering foliage of unknown trees. We were speechless with admiration... [later we saw pyramids] of monstrous amethysts, of a diluted claret color, glowing in the intensest light of the sun!

If Sun readers were stunned by the news, so were the newsagents: the issue sold out, and printers scrambled to keep up with demand for it and the following issue. The Sun had scooped every other paper in the country by obtaining the latest copy of a the Edinburgh Journal of Sciences, which apparently held Dr. Andrew Grant's account of the lunar discoveries. Unable to procure a copy for themselves, competing papers immediately reprinted the story. But even they couldn't have anticipated the next electrifying revelation: animal life.

The dawn of August 25th saw New Yorkers sitting down and rubbing their eyes in disbelief. Herschel had discovered herds of small bison living on the moon. What was more, there was a menagerie of bizarre lunar animals that almost defied earthly description:

The next animal perceived would be classed on earth as a monster. It was of a bluish lead color, about the size of a goat, with a head and beard like him, and a single horn, slightly inclined forward from the perpendicular. The female was destitute of horn and beard, but had a much longer tail. It was gregarious, and chiefly abounded on the acclivitous glades of the woods. In elegance of symmetry it rivaled the antelope, and like him it seemed an agile sprightly creature, running with great speed, and springing from the green turf with all the unaccountable antics of a young lamb or kitten.

Looking further across the lunar plains, they saw palm trees, islands of shimmering quartz, and herds of miniature reindeer, elk, and zebra. Animals ranged in size from mice to a bear with horns, and included -- most startlingly -- the biped beaver. As tall as humans, they walked upright, skating gracefully among their villages of tall huts, which all had chimneys that showed their tribes to be acquainted with the use of fire.

As my more adept readers may have already guessed, there was something missing from this fantastic narrative -- an elusive quality that we might call reality. For the source of these articles was not Dr. Andrew Grant, but a gang of merry hoaxers at the New York Sun led by a certain Richard Adams Locke.

Locke was a brash young British expatriate, a descendant of the philosopher John Locke, and his schooling at Cambridge in the 1820s would have placed him in a hotbed of natural theology. The sight of Dick and his ilk being reprinted and parroted across American periodicals was just too tempting for Locke to pass up. The 1820s had already brought at least two clumsily executed claims of life on the moon. With his university training, though, Locke was able to imitate his instructors' rhetoric with perfect pitch.

Like any good hoax, Locke's began from reasonable sounding premises. Dick and Whewell's writing had already made alien life a plausible and maybe inevitable discovery. Herschel was a respected member of a famous family of astronomers, and he had in fact recently set up shop in South Africa. Still, for all their savvy, neither Locke nor Sun publisher Moses Beach (the father of future Scientific American publisher Alfred Beach) could have guessed at the sensational nationwide impact of their "discovery." The circulation of the New York Sun leapt five-fold overnight, and Locke's articles were reprinted by newspapers across the country. Fellow journalists clamored for more details, and enthusiastic astronomers besieged ticket agents to book passages to South Africa. To top this media mayhem would be a challenge indeed -- but Locke did not disappoint.

On August 28th, the Sun reported the biggest scoop history in the history of journalism: there were people on the moon. Or rather... a sort of people:

They averaged four feet in height, were covered, except on the face, with short and glossy copper-colored hair, and had wings composed of a thin membrane... In general symmetry of body and limbs they were infinitely superior to the orang outang.... Some of these creatures had crossed this water and were lying like spread eagles on the skirts of the wood. We could then perceive that they possessed wings of great expansion, and were similar in structure to this of the bat.... We scientifically denominated them as Vespertilio-homo, or man-bat; and they are doubtless innocent and happy creatures, notwithstanding that some of their amusements would but ill comport with our terrestrial notions of decorum.

These man-bats lived in a land of towering sapphire pyramids and were accompanied by flocks of doves. In their more relaxed moments, they could be seen picnicking on cucumbers.

Locke now had the nation's ear. In a time where many lands were as yet unmapped, such fantastic claims about another planet could be easily accepted. The New York Times even pronounced the claims to be "probable and possible." But really, we might ask, could Locke's fellow journalists have been that gullible? This comment from the New York Evening Post stands on its own as a reply:

That there should be winged people in the Moon does not strike us as more wonderful than the existence of such a race of beings on Earth... [such as described by] Peter Wilkins, whose celebrated work not only gives an account of the general appearance of habits of a most interesting tribe of flying Indians, but also of all those more delicate and engaging traits which the author [Wilkins] was enabled to discover by reason of the conjugal relations he entered into with one of the females of the winged tribe.

Not surprisingly, at this point -- if not well before -- it dawned on Locke and Beach that all this attention could be worth a good deal of money. Following the distinct smell of lucre in the air, they set about printing up the articles in book form. The first printing of "Great Astronomical Discoveries Lately Made by Sir John Herschel at the Cape of Good Hope" quickly sold out its run of 60,000 copies; pirated editions rushed in to fill the void. Lithograph portraits of Lunarian creatures were sold to enthusiastic lunaphiliacs. The public couldn't get enough of it: congregations began taking up collections for missionaries to preach gospel to the man-bat race, and scalpers sold copies of the coveted book for tidy sums of cash.

Inevitably, Locke's time ran out. Astronomers seeking copies of his sources, met with increasingly evasive replies, began to get suspicious. Arriving ships showed no sign of the famous article by Dr. Grant in the Edinburgh Journal of Sciences. But in the end, vanity did the hoax in. Unable to contain himself, the star journalist revealed his grand prank to a colleague at the Journal of Commerce. He had fooled the whole nation! -- and, of course, the friend was sworn to utter secrecy.

Locke awoke the next day to screaming headlines. And so on September 16th -- its chutzpah intact, if not its credibility -- the New York Sun admitted to the hoax, but excused it on the outrageous grounds that it had performed a public service by "diverting the public mind, for a while, from the bitter apple of discord, the abolition of slavery..." But if they couldn't be bothered to come up with a better excuse, perhaps it was because Locke and Beach were too busy counting the small fortune they'd made off the whole absurd affair. 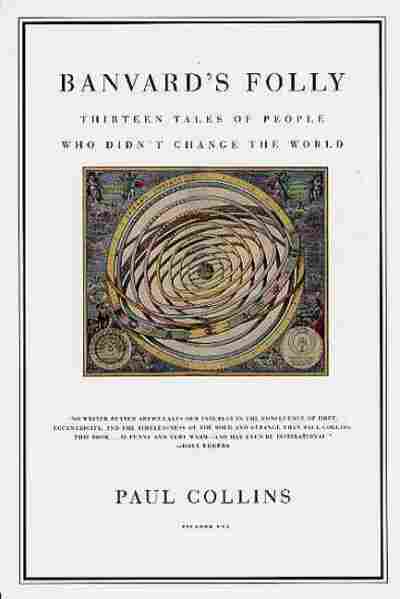 Thirteen Tales of People Who Didn't Change the World