Accessibility links
Boot Camps Under Fire After Florida Teen's Death The recent death of a 14-year-old boy in a juvenile-justice boot camp in Florida is forcing lawmakers to rethink the model. Critics are calling for an end to the programs. But state lawmakers say boot camps can be toned down and reformed, even though research shows the programs are ineffective.

The recent death of a 14-year-old boy in a juvenile-justice boot camp in Florida is forcing lawmakers to rethink the model. Critics are calling for an end to the programs. But state lawmakers say boot camps can be toned down and reformed, even though research shows the programs are ineffective. 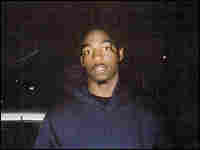 Martin Lee Anderson, 14, on Jan. 4, the day before he went to the Bay County boot camp program in Panama City, Fla. He died there after being beaten by guards. Courtesy of Anderson family. hide caption

AUDIE CORNISH: Martin Lee Anderson was 14 years old, loved to play chess, and his parents agree, he looked just like his father.

GINA JONES: He looked just like him, like he the one who spit him out instead of me.

CORNISH: Gina Jones remembers one of her visits with a supervisor there.

JONES: When we got in the car, my baby said, mamma, I don't care how many times they spit on my face. I'm going to do everything they ask me to do. I'm going to be good in there.

CORNISH: In the first few weeks of most boot camps, teenagers are introduced to shock incarceration, and ideology that says you do what you're told, when you're told to do it. But during his first night at the camp, Anderson either refused or couldn't continue a running exercise and was beaten by nearly half a dozen guards at the camp.

THOMAS BLOMBERG: There is science to boot camps, and what the studies show with unbroken frequency is they don't work.

CORNISH: Thomas Blomberg is the Dean of Criminology at Florida State University. He says since the late '90s, nearly half a dozen states, from Arizona to Maryland, have dropped paramilitary-style facilities after federal investigations and wrongful death suits.

BLOMBERG: They don't reduce recidivism, they don't change attitudes and, in fact, some even argue they have brutalizing effects.

CORNISH: Anthony Schembri, the Secretary of the state's Department of Juvenile Justice, says these programs can be reformed.

ANTHONY SCHEMBRI: Their practices are going to change, but still, there will be a military type of stripping kids of their criminality and a lot of these kids need some discipline. We get them when their parents are at their wit's end.

CORNISH: The teenage offenders here do their fair share of counting off by number of marching and calisthenics, but Crowder says the primary purpose of the paramilitary approach is to get the kids under control and establish discipline.

ROBERT CROWDER: Once we've established that, then we change the focus completely and go to the individual and try to have a comprehensive approach toward dealing with their problems.

CORNISH: Crowder's year-long program offers counseling, an active Boy Scout troop and ends in a transition period, where the teens continue to get mentoring and schooling, even when they're no longer living at the detention center. It's an expensive process and despite the renewed attention, this camp is closing because it's under-funded.

CROWDER: We get a lot of lip service, but the true policy of a government is stated in its budget document, and looking at the budget of the State of Florida, kids don't rate that high.

Boot Camp Video at 'The News-Herald'