Accessibility links
'Battle for Peace' in Iraq Echoes Vietnam Robert Siegel talks with Gen. Tony Zinni, the former head of Central Command. Zinni has been highly critical of the Bush administration's approach to the war and the subsequent occupation in Iraq. Nonetheless, he says, the United States needs to stay in the country because withdrawal could be catastrophic, worse than the U.S. withdrawal from Vietnam. Zinni is the author of The Battle for Peace: A Frontline Vision of America's Power and Purpose.

Robert Siegel talks with Gen. Tony Zinni, the former head of Central Command. Zinni has been highly critical of the Bush administration's approach to the war and the subsequent occupation in Iraq.

Nonetheless, Zinni says, the United States needs to stay in the country because withdrawal could be catastrophic, worse than the U.S. withdrawal from Vietnam. Zinni, a retired Marine, is the author of The Battle for Peace: A Frontline Vision of America's Power and Purpose.

Excerpt: 'The Battle for Peace' 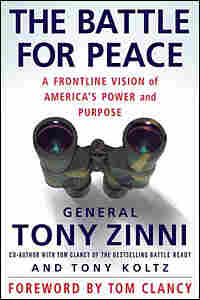 Note: The Senate hearing described below occurs on February 11, 2003, a few weeks before the United States launched the Iraq war.

I had been called before the Senate Foreign Relations Committee to give my views on the coming war. As I waited to be questioned, I listened to the testimony from the panel in front of me -- planners from the State and Defense Departments.

"Planners?" I thought with horror as I listened to them. "The planners have no plan. They're not thinking about what comes after we've invaded Iraq and taken Baghdad. Defeating the Republican Guard and taking the capital are what would traditionally deﬁne victory. But are the planners considering the complexities that go far beyond that?"

This was coming on top of what I'd already heard a few days earlier when the secretary of defense had announced that the original plan he had been presented was "old and stale." The plan he was referring to had been generated by CENTCOM. I had spent several years at CENTCOM, three of them as commander. I knew that plan and the ten years of planning and assessment that had gone into it by people who were actually familiar with Iraq and the region. It was a living plan. It not only took into account defeating Iraq's military forces, it took into account the aftermath.

I had also heard the secretary's deputy dispute the experienced Army chief of staff's estimate of the numbers of troops required. And I had heard interpretations of intelligence that many of us with deep experience in the region felt were far off the mark from the true threat.

Later, as the war did not progress as advertised, I heard the secretary of defense dismiss failures that had clearly resulted from poor or nonexistent planning by tossing off snappy quips ("stuff happens") or by quoting old military axioms ("No plan survives contact with the enemy"). Yet he had failed to grasp another military principle best expressed by General Dwight D. Eisenhower: "In preparing for battle I have always found that plans are useless, but planning is indispensable."

Why was the Washington view so different from what we who had lived in and experienced this region for a decade saw and understood to be true?

"These so-called planners," I thought, "see the invasion of Iraq through their own narrow simplistic lens. They're thinking: ‘The transformation of Iraq into a modern, democratic, capitalist society couldn't be easier: Once we've popped the cork and taken out Sad-dam, we're going to be welcomed with ﬂowers in the streets. And then Iraq will self-order.'"

I knew they weren't seeing the aftermath.

"In my experience," I thought, "that's going to be a lot more difficult, complex, and destabilizing than they imagine. Taking Baghdad and removing the regime won't end the conﬂict."

After I took my seat in front of the committee, I tried to make this point.

In an earlier question, Senator Norman Coleman, the junior senator from Minnesota, had implied that Iraq would clearly be a better place without Saddam Hussein. Of course removing Saddam would be a plus; but I had a worrisome feeling that the situation in Iraq could actually become worse in many respects than it was under Saddam if we didn't plan and provide for a whole host of complex political, economic, security, humanitarian, ethnic, religious, and other factors that could complicate our efforts to reconstruct the country. I didn't sense in what I was hearing any accounting for these factors or anything like that level of planning. Removing Saddam would not put Iraq on automatic pilot headed for stability.

"I want to address the issue of 'anything is better than what we have,'" I said. "Senator Coleman, I would say that we threw the Soviets out of Afghanistan with the idea that, Soviets out -- got to be better than anything that can follow, and we left them with the Taliban eventually. So anyone who has to live in this region and has to stay there and protect our interests year in, year out, does not look at this as a start and end, as an exit strategy, as a two-year tenure. As long as you are going to have a U.S. Central Command, you are going to be out there and have to deal with whatever you put down on the ground."

I went on to explain to the committee not only the difficulty of what we were undertaking -- reconstructing a nation with complex problems -- but also how we would have to live with what we created or failed to create.

Starting a war unleashes a lot of kinetic energy. When you do that, you have to monitor that energy; you have to control it; you have to look hard at the effects you're going to generate in many different dimensions; and you have to look to the end result you want to achieve and how to get there. You also need to understand the costs and risks you face. When you pull the plug on a tyrant who controls all facets of life in a society, you have to be prepared to ﬁll the vacuum. It doesn't neatly self-order. When you knock things out of balance, you've got to be prepared to put them back into balance; you have to know what it's going to take to put them back in balance. God knows what you're going to end up with if all you do is just launch the war and unleash the energy without thinking through these issues.

The warning from the foxhole is to take a deeper look at this world. Things are changing and we need to think through what those changes mean to us.

Senator Norm Coleman is an intelligent, well-informed, well-intentioned man. He wasn't wrong that Iraq would be better after Saddam Hussein, but I wanted to be sure the committee members understood that making Iraq better was not an automatic process. I felt that the committee had to understand that assumptions that seem logical from Washington may not turn out that way on the scene. It isn't that simple.

The issue is not that their intentions or the actions that follow from them are ill conceived. It's their lack of understanding of the complexity out there on the ground. They don't see what Clausewitz described as the "fog and friction" of war. They don't understand how this seemingly excellent cause can produce so many terrible effects... or how removing an evil tyrant -- whose existence is a major cause of instability in the region -- can unleash a chain of events that produces even more instability than he did.

After the ﬁrst Gulf War, I took part as a young brigadier general in one of its messier aftermaths -- the rescue of the Kurds, my ﬁrst plunge into large-scale humanitarian relief. After their failed rebellion against Saddam Hussein, 500,000 Kurds had been driven out of their homeland in northern Iraq and were camped on the desolate, wintry mountain ridges along the Iraq-Turkey border. A gigantic humanitarian tragedy was in the making. Operation Provide Comfort (an international -- though largely American -- effort) saved thousands of lives.

Early in the operation, I got a call from the Joint Chiefs of Staff back in Washington. It was cold; we were in the middle of winter; and back in the United States TV clips were showing shivering Kurds as they wandered into the mountain camps. So the order came from the Director of the Joint Chiefs: "Drop blankets. Those people are freezing out there."

But the truth was that when the Kurds came into the camps, we had no problem warming them up and keeping them warm.

The big shortage was food and medicine. The priority was to get as much food and medicine as we could onto the pallets and into the bundles we were loading on our aircraft and airdropping. And that's what I told him.

But he said, "You will drop blankets."

So we had to repack the bundles and put in hundreds of blankets.

And predictably, when the bundles fell out of the sky, the Kurds tore them open and threw away the blankets. They were looking for the food and medicine.

But back here an image had created a mindset; the mindset had produced a stupid order...yet the order was made with the best of intentions. You can't accuse those who ordered us to drop blankets of being hard-hearted! In fact, when I thought about it, the decision would have seemed totally logical from Washington. Those blanket-strewn mountaintops I ﬂew over many months after the airdrops continued to remind me of this.

The results, in this case, were more amusing than harmful. But the results of the soda-straw Washington view were not so benign following our invasion of Iraq in 2003; nor were they benign in Afghanistan after we pushed out the Soviets and left. 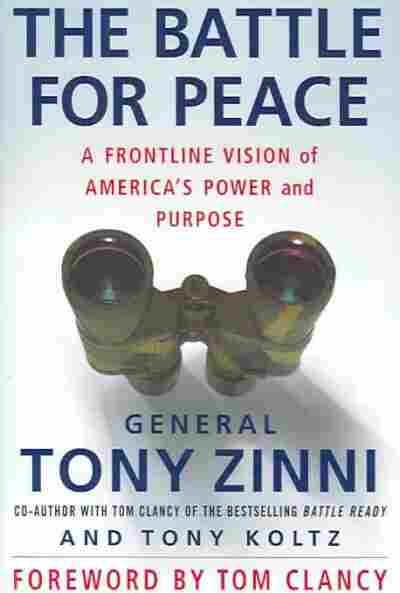 The Battle for Peace

A Frontline Vision of America's Power And Purpose

by Tony Zinni and Tony Koltz