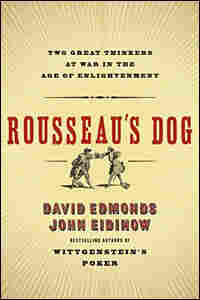 Anyone who desires further proof that there is no verifiable connection between intellect and character may consult Rousseau's Dog, which details how two great minds of the Age of the Enlightenment became consumed by petty and irrational hatred for each other.

Authors David Edmonds and John Eidinow, who recounted the story of another philosopher showdown in 2001's Wittgenstein's Poker, talk with Scott Simon about their latest book. Both authors are former producers for the BBC. Mr. Edmonds has two philosophy degrees from Oxford, and Mr. Eidinow has two law degrees from Cambridge.

Chapter One: Fear and Flight

The rank which the two men held in the Republic of Letters was so high, the interest which their strife exerted was so great, and the spectators of the contest were so eminent that even at this time it deserves to be carefully studied.

On the evening of January 10, 1766, the weather in the English Channel was foul -- stormy, wet, and cold. That night, after being held in harbor by unfavorable winds, a packet boat beat its way, rolling and plunging, from Calais to Dover. Among the passengers were two men who had met for the first time some three weeks earlier in Paris, a British diplomat and a Swiss refugee. The refugee was accompanied by his beloved dog, Sultan, small and brown with a curly tail. The diplomat stayed below, tormented by seasickness. The refugee remained on deck all night; the frozen sailors marveled at his hardiness.

If the ship had foundered, she would have carried to the bottom of the Channel two of the most influential thinkers of the eighteenth century.

The diplomat was David Hume. His contributions to philosophy on induction, causation, necessity, personal identity, morality, and theism are of such enduring importance that his name belongs in the league of the most elite philosophers, the league that would also include Plato, Aristotle, Descartes, Kant, and Wittgenstein. A contemporary and friend of Adam Smith's, he paved the way to modern economics; he also modernized historiography.

The refugee was Jean-Jacques Rousseau. His intellectual range and achievements were equally staggering. He made epochal contributions to political theory, literature, and education. His autobiography, the Confessions, was a stunningly original work, one that has spawned countless successors but still sets the standard for a narrative of self-revelation and artistic development. Émile, his educational tract, transformed the debate about the upbringing of children and was instrumental in altering our perceptions of childhood. On the Social Contract, his most significant political publication, has been cited as an inspiration for generations of revolutionaries. More fundamentally, Rousseau altered the way we view ourselves, our emotions, and our relationship to society and to the natural world.

The circumstances in which they traveled together could not have differed more. David Hume was returning to London at the end of his service as secretary of the British embassy in Paris. His twenty-six months in office had been a triumph, perhaps the happiest time of his life. He had been the darling of the Paris salons, the hothouses of the French Enlightenment, winning acclaim for his decency as well as his intellect. He was awarded the appellation le bon David in tribute to his nobility of character.

Hume's generosity toward a stranger in distress seemed at one with his good nature. He had accepted the burden of arranging refuge in England for the fifty-three-year-old Rousseau, whose books and pamphlets had aroused such intense religious and political opposition that he had been driven from his domicile in France and then from asylum in his native Switzerland, where a mob, whipped up by a priest, had stoned his house. Recognizing the lethal potency of his pen, the local authorities were determined to rid themselves of so subversive a figure.

For ten years, Rousseau had sensed himself a man under siege. Convinced of plots against him, with his freedom threatened by the French and Swiss authorities, with his inability to find a permanent resting place, driven from one refuge to another, Rousseau had come to regard persecution as his lot, even his badge of honor. It fitted with his resolution, taken long before, to live alone, away from the world of men. This solitary life did not preclude friendship, but for Rousseau friendship had to be engaged in unequivocally -- it involved the total transparency of one person's heart to another's. It was possible only between equals and was incompatible with any form of servitude.

However, Rousseau was now dependent on Hume for survival in a country where he knew no one and could not speak the language. He had left behind, in Switzerland, Thérèse Le Vasseur, the former scullery maid who was his steadfast companion, acting as his gouvernante, or housekeeper, for over thirty years. Rousseau was immensely fond of her, needing her by his side and longing for her when they were separated. Sultan, at least, was with him. Rousseau's emotions about Sultan were sufficiently intense to amaze onlookers. The onetime dog-owning Hume said, "His affection for that creature is above all expression or conception."

For much of his adult life, a second creature had kept Rousseau company.

"It seems plain," said Friedrich Grimm, the self-appointed cultural correspondent to the courts of Europe, "that [Rousseau] takes with him a companion who will not suffer him to rest in peace." This agitated companion, just as inseparable as Sultan and forever growling at Rousseau's heels, was the writer's deeply rooted belief that the world was hostile and treacherous, ready at any moment to betray him.

The boat docked at Dover at midday on January 11. Setting foot on English soil, Rousseau leaped on Hume's neck, embraced him, not uttering a word, and covered Hume's face with kisses and tears. Just after the travelers arrived in London, Hume wrote to his brother, "I think I could live with [Rousseau] all my life in mutual friendship and esteem." Blithely, the letter continued: "I believe that one great source of our concord is, that neither he nor I are disputatious."

In Paris, Hume had communed with many of the intellectual luminaries and leading hostesses of the age. Yet, even during the French Enlightenment, with received notions, institutions, and cultures under challenge from radical thinkers in every area of life, no other radical thinker was quite like Rousseau. In all his benevolence, had Hume, le bon David, any real idea of what he had taken on?

The foregoing is excerpted from Rousseau's Dog by David Edmonds and John Eidinow. All rights reserved. No part of this book may be used or reproduced without written permission from HarperCollins Publishers, 10 East 53rd Street, New York, NY 10022 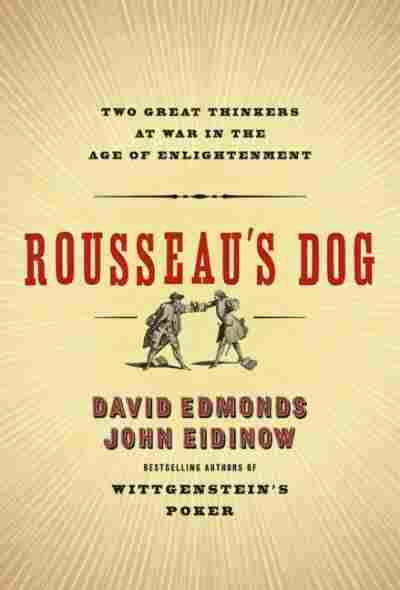 Two Great Thinkers at War in the Age of Enlightenment

by David Edmonds and John Eidinow