Accessibility links
Simple Gifts: The Power of Classic Hymns Bill Henderson, author of Simple Gifts: Great Hymns: One Man's Search for Grace talks about his love of classic hymns and their spiritual significance.

Bill Henderson, author of Simple Gifts: Great Hymns: One Man's Search for Grace talks about his love of classic hymns and their spiritual significance. 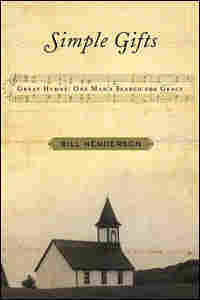 Bill Henderson discusses the hymn 'In the Garden.'

Mahalia Jackson sings 'In the Garden.'

Bill Henderson talks about how music brought him back to the faith of his father.

Finally, on this Easter Sunday, we'd like to leave you with some hymns.

ELLIOTT: Music like this stirs the soul of author Bill Henderson. His new book is Simple Gifts: Great Hymns: One Man's Search for Grace. It's a personal appreciation of some of the classic hymns. He joins us now from Long Island. Hello, there.

ELLIOTT: You start your book with this lovely description of singing at your church in Maine, where you are in the summertime. Could you read a bit of that to us?

Mr. HENDERSON: Sure. At the non-denominational Rockbound Chapel, fastened to a granite boulder on a hill over the sea near Sedgwick, Maine, I sing songs with other summer visitors, strangers and people I barely know. In untrained, inelegant, often too loud or too soft voices, we sing to each other of our pain, loneliness and fear, topics we would hesitate to admit flat out in gatherings after services. We also sing of love, grace, trust, hope, peace, sentiments that are left out of the usual daily patter. We sing worlds that matter to us.

ELLIOTT: You write that somehow sermons fall flat, but the singing really does something for you.

Mr. HENDERSON: I think singing lifts words into realms way beyond words. A great sermon can rise, too, but hymns take us to another place. And the great hymns take us to the thin places that the Irish describe, where there's very little difference between the divine and the human.

ELLIOTT: I like your description of, it doesn't matter what you sound like, the point is the singing.

Mr. HENDERSON: Some of us sound pretty bad. Some are too loud, some are too squeaky and soft and it's the whole group. I'd say its like hugs, we give each other big hugs in our songs. And we don't even know each other in this little Rockbound Chapel in Maine. Many people are from away in the summertime. And some are boat builders or business executives, all kinds of people. We're all joined together in that magic hour of song.

Mr. HENDERSON: Well, I don't know, I'm not very much of a singer, as I said. I certainly will give you some of the words. I serve a risen Savior (Singing) he's in the world today; I know that He is living whatever men may say.

(Singing) I see His hand of mercy, I hear His voice of cheer and just the time I need Him, He's always near. He lives, He lives, Christ Jesus lives today. You ask me how I know He lives; He lives within my heart.

ELLIOTT: Bill Henderson, let's end with one hymn that almost everyone will recognize, Amazing Grace.

Mr. HENDERSON: Well, this is one of those hymns that leaves me blubbering every time I try to sing it.

ELLIOTT: Many of us.

Mr. HENDERSON: I think it's just, it's a universal hymn, it doesn't insist on doctrine. It's about a grace that comes to all people, it just can be sung by any person of any religion or an agnostic or an atheist. It's about getting home and being led home, being led, not finding your way, but being enveloped by the grace of the divine or the great spirit of the universe.

Unidentified Woman: (Singing) Amazing Grace, how sweet the sound that saved a wretch like me.

ELLIOTT: You write about how Judy Collins once sang this song, side by side with Fanny Lou Hammer, who was a Mississippi civil rights activist.

Mr. HENDERSON: Yes, it's one of those songs that you sing, even the cops shut up and paid attention and were moved by Amazing Grace. It comes from, the lyrics, John Newton, who wrote it after he left the slave trade and became a minister. Amazing Grace how sweet the sound, which John Newton put in parentheses, by the way; he wanted you to know the sweetness of the sound of grace, the word grace, that saved a wretch like me. The word wretch, I love to hit that when I sing this. Of course, Newton considered himself to have been a terrible wretch and he was; he was a slave trader and a profligate and a drunk and everything until he was saved in this storm at sea and fell on his knees and suddenly recognized the God he'd denied for so long.

It's just a hymn that every word is perfect. I was blind but now I see. The word see is overwhelming, what it means to really see. I mean I think we're all kind of blind worms in a cave, I don't think we know much of anything, but now and then we do see and that's what happened to Newton. And when grace hits you I think you do indeed see a little bit of this mysterious universe.

ELLIOTT: Bill Henderson is the author of Simple Gifts: Great Hymns: One Man's Search for Grace. He joined us from the studios of WLIU on Long Island. Thank you so much for speaking with us.

Mr. HENDERSON: Same to you.

Unidentified Woman: (Singing) I once was lost but now I'm found. Was blind but now I see.

ELLIOTT: If you'd like to hear Mahalia Jackson sing another Easter classic, In the Garden, and more from our conversation with Bill Henderson, visit our website, npr.org. That's ALL THINGS CONSIDERED. From NPR News, I'm Debbie Elliott. 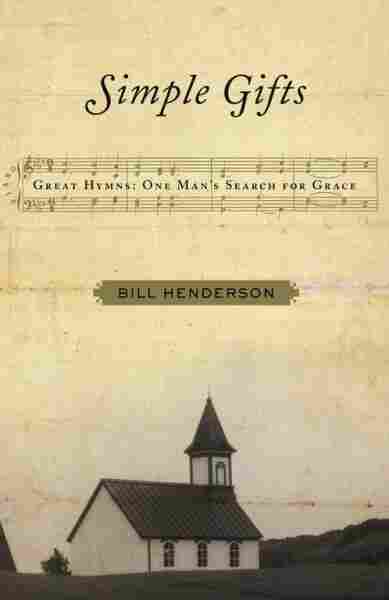