Already the subject of considerable overseas hype, Gnarls Barkley finds DJ/producer Danger Mouse collaborating with Cee-Lo, co-founder of the Atlanta hip-hop collective Goodie Mob. The duo's debut single, "Crazy," is music for an integrated world: It synthesizes rock, soul, and funk into a unique, eclectic whole. Sporting a soulful groove and a memorably soaring chorus, it's perfect for every environment, from cars to dance floors. 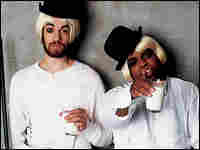 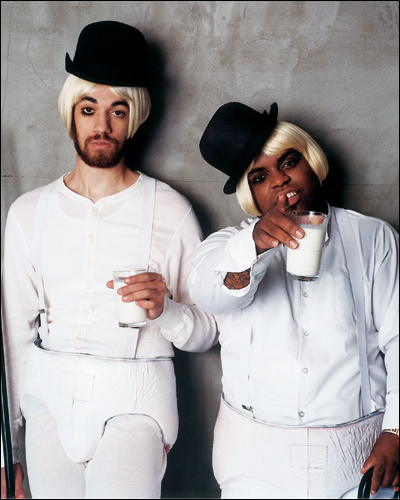 Danger Mouse produced the infamous Grey Album -- which blends The Beatles' White Album with Jay-Z's Black Album -- and he recently received a Grammy nomination for his work with Gorillaz. "Crazy" continues his hot streak: The song is the first ever to top the British charts while solely available as a digital download.

It says a lot that "Crazy" adds up to more than the sum of Gnarls Barkley's storylines, from its well-known members to its British buzz to its moniker's nod to basketball's round mound of rebound. As refreshing and upbeat as any hit in circulation, the song ought to dominate radio playlists throughout 2006's warm-weather months.