Accessibility links
African Farmers Face Critical Loss of Fertile Land African agriculture is in crisis, and Africa's farmland is losing its fertility at an alarming rate. Farmers in sub-Saharan Africa don't produce enough food to feed their own people, while population growth is outpacing agricultural production. 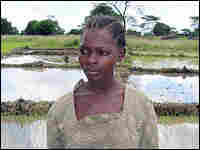 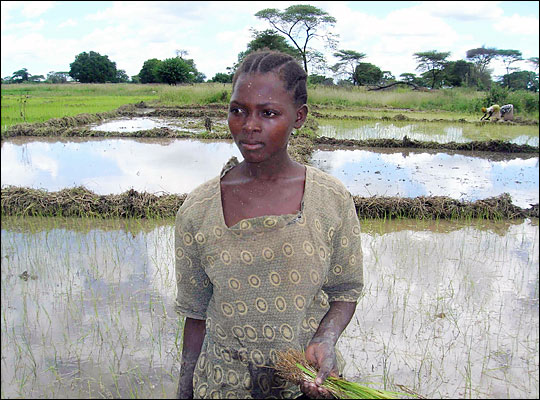 A rice farmer in Tanzania's Great Rift Valley, in the country's southwest.

African agriculture is in crisis, and Africa's farmland is losing its fertility at an alarming rate, a new report says.

Report on Agricultural Production and Soil Nutrient Farming in Africa

Farmers in Malanzanga, Tanzania, for example, grow the same crops in the same fields year after year. They don't fertilize, and they don't terrace their fields. When the soil wears out, they clear a new piece of land.

This creates a "kind of spiral," says Hussein Sosovelle, a researcher at the Institute for Resource Assessment at the University of Dar es Salaam.

The report from the International Center for Soil Fertility and Agricultural Development in Muscle Shoals, Ala., concludes that soil degradation is worse in Africa than anywhere else in the world.

Sub-Saharan Africa already isn't producing enough food to feed its people, and the population is increasing while food production has stagnated or declined. The report notes that while Asian farmers have increased agricultural yields per acre almost threefold since 1961, yields per acre in Africa, on average, are unchanged.