Accessibility links
James Hunter in Concert A street corner in London's Camden Town region would seem an unlikely place to find an outpost of American soul music. But that's where James Hunter was discovered, singing 1950s harmonies in a smooth style. Hear him recorded live in concert from Philadelphia. 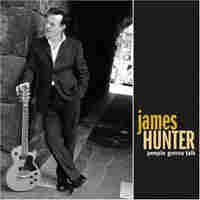 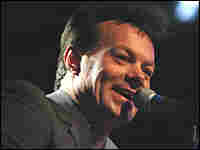 Don't Do Me No Favours

No Smoke without Fire

A street corner in London's Camden Town region would seem like an unlikely place to find an outpost of American Soul music. But that's where James Hunter was discovered, as he was busking on a street corner, singing 1950s harmonies in a smooth style. Hear Hunter recorded live in concert from Philadelphia's World Cafe Live stage.

Hunter, born in Colchester, England, pairs his smoky-smooth voice with surf stylings that give his music a distinctively nostalgic sound. And that sound translates cleanly onto Hunter's latest album, People Gonna Talk.

Recorded in East London, the songs are as "live" and raw as studio-taped music can be. The sessions were simply Hunter and his band -- no headphones, no overdubs, and no digital dressing-up.

Hunter's stage show, reflected on the album, won him an influential fan early in his career. Van Morrison took a liking to the crooner after seeing one of his show in Wales. He then appeared on Hunter's debut album in 1991.

Hunter, who has toured several times with Morrison, is featured on Morrison's live album A Night in San Francisco, as well as the studio recording Days Like This. He is also known to pop on stage at Morrison's shows.

People Gonna Talk is Hunter's first work to be released in America; his previous two solo releases were available only in the U.K.