Accessibility links
What's Triggering Your Migraine? What do a strong latte, a drop in barometric pressure, and soybeans have in common? Neurologist Dr. David Buchholz believes they're all triggers for migraines. And he doesn't believe heavy-duty pain medications are the answer. 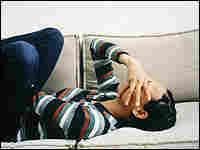 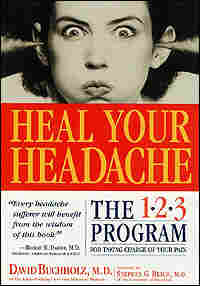 Your Questions on Headaches

It's allergy season and your head is pounding, what do you take? Tylenol Sinus, Advil or Imitrex? And what's a vegan with migraine to do? Johns Hopkins neurologist David Buchholz answers your questions. May 4, 2006

Coffee, caviar and raisins may trigger a migraine, but white chocolate and vodka won't. See a complete list of what foods are suspected of making your head hurt.

"Dietary Triggers" table excerpted from "Heal Your Headache: The 1-2-3 Program for Taking Charge of Your Pain," by David Buchholz, 2002. Used by permission of Workman Publishing Co., Inc., New York. All Rights Reserved.

There are a lot of prescription painkillers that relieve migraine headaches. But neurologist David Buchholz of Johns Hopkins University takes his headache patients off the drugs.

"I tell people to use the power they have in their own hands to control their headaches," says Buchholz.

Many headache doctors advise their patients to avoid certain foods and beverages. Caffeine, MSG and chocolate are usually at the top of the list. But Buchholz' list includes many more food products.

Donna Sees first made an appointment to see Buchholz three years ago. At the time, she was suffering with daily headaches. Many of them left her holed-up in her dark bedroom.

Sees' headaches began when she was 20 years old, and became more severe during her 30s. She used a drug called Imitrex to treat them. But with frequent use, it became less effective and even brought on rebound headaches between doses.

"I was well aware the way I was being treated was not going to help me. I'd given up," she says.

Sees read about Buchholz's strategy in his book, Heal Your Headache. During her first appointment, he gave her his food list. She had heard some of the advice before. For instance, she knew about the link between MSG in Chinese food. She'd also heard about sulfites in red wine. But Buchholz urged her to take a broader view.

"Suppose there are 100 things that trigger headaches. And somebody tells you to avoid two or three of them, but you eat the other 97. You're still going to get a headache," says Sees.

Sees adopted Buchholz's entire diet plan. On a recent trip to a grocery store in Lutherville, Md., Sees and Buchholz pointed out all the migraine triggers.

"The Ramen noodles. They're a total MSG bomb," says Buchholz. "Here we have all these veggie burgers, which would taste like wet straw if they didn't load them up with MSG."

"When you process the protein in soy, you liberalize MSG," Buchholz says, "so you're basically manufacturing MSG when you make a product like tofu or miso or protein bars."

These foods normally don't cause headaches immediately. The effects can be delayed up to 72 hours. This can make it difficult for people to identify triggers on their own.

Sees has also learned to avoid all fresh produce that contains tyramine. It's a natural food-chemical linked to headaches. Buchholz recommends replacing onions with shallots and leeks.

Tyramine is found in a lot of healthy foods, including bananas, citrus, nuts and cheeses. Aged cheeses contain the most.

"At the young end, there are cheeses such as cottage or American cheese or cream cheese, which don't have much tyramine. As opposed to the other end of the spectrum, there's blue cheese or cheddar, which are loaded with tyramine," says Buchholz.

Avoiding these foods won't eliminate all headaches. There are many other triggers that people can't control. For instance, the weather. Storms, airplane rides and high altitude bring a drop in barometric pressure, which is considered a migraine trigger. Stress and hormones are major culprits as well. People become more vulnerable to headaches when a lot of these triggers stack up.

"Once your trigger level builds up above your own personal preset threshold, a headache-generating mechanism is set into motion. The end product is painful blood-vessel swelling," says Buchholz.

"After a few months of doing the diet, I went from having a headache every day down to three days a week," she says. "Then it was two days. I continued to clear my body of these triggers and continued to eat right, and I got better and better."

Sees still gets an occasional headache, but she says they're mild. Two Advil pills will take away the pain. She also has been able to add a little citrus and cheese back into her diet.

But some foods should remain permanently out of the diet, says Buchholz.

"Caffeine is a trigger that utterly fools people," he says. "In the short-run, it may seem as if it's warding off a headache. But in the long-run, caffeine causes rebound headaches."

Some of Buchholz's patients are able to tolerate certain types of alcohol, but he recommends avoiding dark alcohols.

"There's a spectrum of alcoholic beverages. Triggers on the low end are vodka. On the high end would be red wine," says Buchholz.

"It's all dose-related. So, if you keep consumption down and drink water, you can probably get away with it to some degree."

The diet plan is based largely on Buchholz' own observations with patients. He has refined the list through a process of trial and error spread over two decades with a few thousand patients. His theories haven't been proven by controlled studies.

Some headache specialists think he's made too much of the dietary triggers. But Buchholz is convinced that about half his patients benefit from diet alone.

He puts the other half on preventive medications. These aren't painkillers, but prescriptions such as blood-pressure drugs that seem to stop some patients' headaches from escalating. 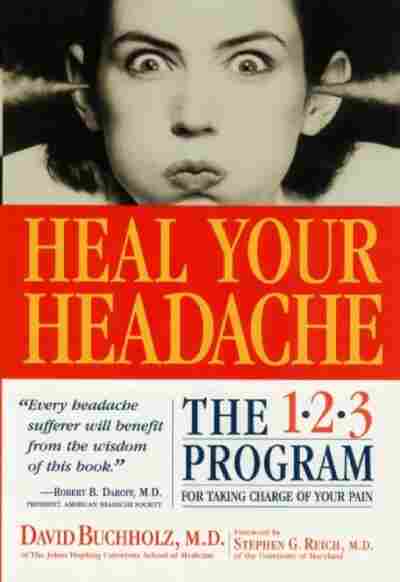 The 1-2-3 Program for Taking Charge of Your Pain