Accessibility links
'New Feet' for a New Era "New Feet" is one of seven previously unreleased experiments from My Life in the Bush of Ghosts included on a newly reissued version of the 1981 collaboration between David Byrne and Brian Eno.

'New Feet' for a New Era

'New Feet' for a New Era

Before playing "New Feet," one of seven previously unreleased experiments from My Life in the Bush of Ghosts (a newly reissued 1981 collaboration between David Byrne and Brian Eno), it helps to spend a moment reflecting on the technology available to musicians at the time. There was no pitch correction. No Pro Tools. Even samplers weren't in wide circulation. The collages were accomplished with multiple tape recorders, with bits of sound dropped in on the fly. 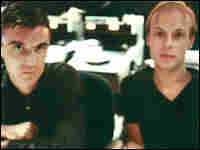 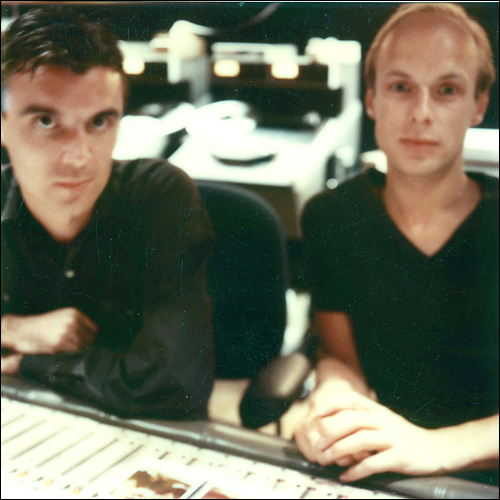 David Byrne, left, and Brian Eno working together in 1981.

Now press play, and prepare to be amazed by Byrne and Eno's ingenuity, the way these two -- and an impressive ensemble -- overcame the primitiveness of their setup to create textured tape-loop beauty around African drumming. On "New Feet," the drums establish a whip-crack tribal pulse, quickly augmented with what sounds like an oboe choir and meaningful ohm tones in the background.

The voices are severely processed and placed in the mix's margins -- instead of a firm attack, there are extended slurs, followed by what might be a response phrase that wobbles around all out of phase. The best of the reissue's bonus tracks, "New Feet" serves as an ideal way to begin exploring this breakthrough: It shows how Byrne and Eno anticipated the sounds of laptop electronica, and suggests that while new feet were required to dance to this textured stuff, My Life in the Bush of Ghosts gave alert listeners something even more important: new ears. Twenty-five years later, it still does.